Digital NFT Art Is Booming—But at What Cost?

Mining rigs mine the Ethereum and Zilliqa cryptocurrencies at the Evobits crypto farm in Cluj-Napoca, Romania, on Jan. 22, 2021.
Akos Stiller—Bloomberg/Getty Images
By Alejandro de la Garza

In central Washington State, electric utilities are watching for homes with oddly high power usage after a recent surge in cryptocurrency prices collided with a boom in NFTs, or “non-fungible tokens”—an emerging technology that uses crypto platforms to authenticate ownership of digital files. In an emerging hype cycle, such digital assets have sold at auction for millions of dollars, giving the buyer claim to an “original” version of a computer file, such as a piece of digital art or a sports highlight video.

During the last crypto boom, the region—home to some of the cheapest electricity in the U.S.—was beset by a new energy-hungry home industry: basements and sheds loaded with racks of computers churning through advanced mathematical calculations in order to “mine” valuable crypto coins like Bitcoin or Ethereum. Even those small mining operations can overload local grids, creating a problem for local utilities. Around the world, vastly larger cryptocurrency operations have sprung up from Texas to Iran to China’s Inner Mongolia—almost anywhere miners can hook up to cheap electricity—filling air-conditioned, warehouse-sized spaces with endless rows of high powered computers running software to essentially convert energy into wealth.

While NFTs hold promise, critics say the mining that makes them possible is perhaps humanity’s most direct way of making money by polluting the planet–­Ethereum mining consumes about 26.5 terawatt-­hours of electricity a year, nearly as much as the entire country of Ireland and its almost 5 million residents. In theory, all mining energy could come from renewable sources, but right now, there is money to be made by essentially converting cheap fossil fuels into valuable cryptocurrencies. And for an asset with no physical presence or utility outside the digital realm, the process of producing the “coins” is tremendously inefficient–one 2018 study found that cryptocurrency mining consumes more energy for every dollar of value generated than extracting gold or copper.

“This is just heartbreaking in so many aspects,” says Camilo Mora, a professor of geography and environment at the University of Hawaii, Manoa. “Not only the environmental [toll], but the social and ethical.”

All this may come as a surprise to artists and others adopting NFTs, in part because they’re far removed from the technology’s environmental cost. If a digital artist wants to sell an NFT, they first have to “tokenize” their work on a blockchain, which is a kind of tamper-resistant digital public ledger; many use the Ethereum blockchain. To do that, they pay Ethereum miners a fee of up to a few hundred dollars to have their computers crank out the necessary calculations. But from the artist’s perspective, they’re just paying money on a website to get a token in return, masking the environmental cost. “If you are buying an artwork you don’t see those calculations going on,” says Alex de Vries, a financial economist and founder of Digiconomist, a site that explores the unforeseen consequences of technology trends. “You don’t see your money is going to a miner who’s going to pay for fossil fuel-based energy with it. That’s a real problem.”

This issue–an “externality,” in economist-speak–extends far beyond the digital art world. It’s long been a problem for Bitcoin, the largest and most mainstream cryptocurrency, and it only stands to become a bigger dilemma as other kinds of assets, like financial securities and real estate, also become tokenized. Some in the crypto world are working on solutions. The developers of Ethereum itself, for instance, promise to launch a new framework that would use orders of magnitude less energy than the current system by 2022. But cryptocurrencies like Ethereum have taken off in part because they’re decentralized, which attracts techno-libertarians and others intrigued by the idea of currencies and assets unmoored from a government or central bank. That decentralization means there’s no single leader or body that could force everyone using Ethereum to shift to a new, more efficient system. “It’s pretty much guaranteed that miners will continue to run Ethereum in its current form,” says de Vries, pointing to the millions of dollars that Ethereum miners have already poured into their setups.

For now, this year’s NFT craze appears destined to not only fuel coal-hungry server farms from the Texas plains to the Caucasus, but also to power a new wave of hype around cryptocurrencies more broadly, incentivizing the creation of yet more massive and wasteful mining operations. Still, the recent boom is raising fresh awareness of crypto’s environmental toll, and there’s a chance that activism could lead to real change–but many are skeptical that enough will be done in time. “This was a game,” says Mora. “It’s turning into a disaster.” 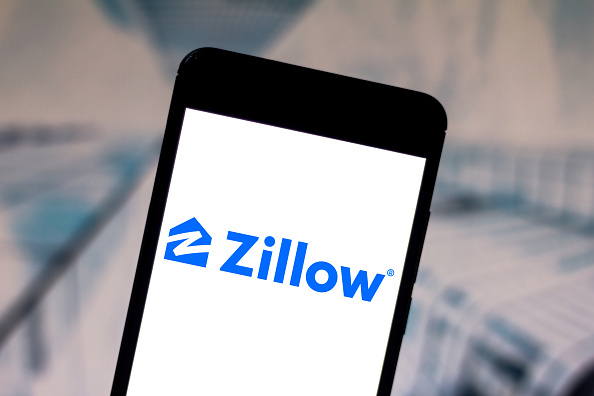 Zillow's Weirder Homes Can Be a Cabin Fever Cure
Next Up: Editor's Pick