What My Mobster Grandfather Understood About American Capitalism

The author's grandfather Russ Shorto and his wife Mary, circa 1955, in Atlantic City.
Courtesy of Russell Shorto
Ideas
By Russell Shorto
Shorto is the best-selling author of The Island at the Center of the World, Amsterdam, and Revolution Song, and a contributing writer at the New York Times Magazine. His new book is SMALLTIME: A Story of My Family and the Mob, published by W.W. Norton & Co.

A wail of lament that echoed throughout Donald Trump’s presidency was that he ran the country like a mob boss. It wasn’t just his having mentored with Roy Cohn, the infamous Mafia lawyer, or rubbed shoulders throughout his career with guys like Anthony “Fat Tony” Salerno. It was the wanton disdain for democracy, the venality and corruption, the aggressive pursuit of regulatory rollbacks, which did nothing for the economy, enriched a few fat cat friends and industries and degraded the quality of life for everyone else. It was the thuggishness of it all.

So why was Trump adored by millions of Americans? Why, from his Mar-a-Lago hideout, is he still a threat?

I think it’s because the values he espoused—a rapacious free-market approach coupled with a screw-you cronyism—are a mainstay of American history. Through some kink in our national psyche, gangsterism is seen by many as synonymous with American values.

The robber barons of old, the men who founded American capitalism in the industrial era, behaved exactly like mob bosses, plundering, bribing and pillaging their way to the top. John Jacob Astor got rich by swindling Native Americans and smuggling opium. Cornelius Vanderbilt made a fortune during the Civil War selling the Union army unseaworthy vessels. Leland Stanford advanced his Central Pacific Railroad by wantonly bribing Congressmen. Stock fraud, war profiteering, illegal monopolies: for all intents and purposes the men who built America were thugs. But they weren’t imprisoned for crimes. They were lionized as visionary leaders, American icons.

It’s perfectly logical that among the many admirers of those men were the founders of the American Mafia. The roots of the criminal organization go back to the turn of the previous century, when waves of southern Italians were lured here to perform jobs that Americans didn’t want. They toiled on southern plantations and in northern coal mines, were restricted to living in mining towns and the like, and were treated with scorn and abuse. But even while denied access to the mainstream, they became indoctrinated in the American system. When Prohibition came along, they saw an opportunity to apply free market principles in a wide-open arena. I experienced this vicariously in researching my own Sicilian American family, through interviews with elderly relatives. Like thousands of others in her situation, my great-grandmother operated a still in her living room in my hometown of Johnstown, Pennsylvania, under the direction of a neighborhood boss. My grandfather, barely a teenager, peddled Coke bottles of illegal alcohol around town. The leaders of such operations formed sophisticated networks to distribute the product nationwide.

At the end of Prohibition, one such leader in New York, Charles “Lucky” Luciano, regularized what had been an ad hoc operation, and ran it, as the FBI put it, “like a major corporation.” Howard Abadinsky, author of the textbook Organized Crime, notes that Luciano and his cohort looked to men like Astor, Vanderbilt, Andrew Carnegie and John D. Rockefeller, with their “rampant—that is, uncontrolled—capitalism,” as nothing less than “role models.” This was, to them, the American way.

My family research tracked the textbook account of the mob’s rise to a tee. What defines a national corporation more than the franchise model? When my grandfather, Russ, came of age he shifted from alcohol to gambling, the next income stream that the mob developed, running craps games out of the back of his car. Meanwhile, another man, “Little Joe,” who had grown up in the Philadelphia mob, was given the job of opening a branch office in my then up-and-coming hometown. He met my grandfather’s sister, married her, and joined forces with my grandfather.

Together, the two men proceeded to take over the town. In the days before television, gambling was ubiquitous, and the mob provided a kind of public utility. Russ and Joe offered card and dice games, pinball (which was used for gambling) and “tip seals,” which were a kind of lottery ticket. Like the titans of American industry whom they admired, they bribed officials and manipulated local elections to get their way. And they themselves were admired for it. The old guys I interviewed around town still spoke glowingly of them.

The mainstay of their business was a numbers racket. With it they did their best to copy Wall Street. There’s a reason bookies called the numbers game a “bank.” The game began in Harlem, where some Black residents, who were denied bank loans and savings instruments, saw the numbers as an investment plan. You played the same number every day, and when you eventually hit, the windfall was your return on investment. My informants told me it was much the same in the Italian community of my hometown. Russ and Joe called their game the G.I. Bank; the name itself was a marketing ploy, which capitalized on goodwill toward troops returning from World War II. Half the town played, and, like Wall Street bankers, Russ and Joe profited handsomely. Again copying the legit banks, they also offered loans. If a local businessman defaulted, they might take a piece of his business, or the whole thing. You could call it extortion, but their terms were comparable to what the brick-and-mortar banks offered.

In all of this, Russ and Joe were consciously mimicking the establishment system to which they’d been denied access. Maybe the clearest indication of their hero-worship was in aliases. The two alter-egos that my grandfather’s partner used were Forbes and Ford. You’d be hard pressed to think of better names to evoke American business.

Russ and Joe had a nice run, from World War II into the 1960s. Then a bookie was murdered, which coincided with Robert F. Kennedy’s effort to eradicate the mob nationally. The feds came into town. In the end, the good guys beat the bad guys.

Or did they? The very term “organized crime” came into being as a way to distinguish immigrant gangs from “respectable” American practitioners of the same art form. Many of our corporate leaders have behaved far worse than my grandfather. Until recently, though, they hid their excesses behind a veil of decency. Trump’s accomplishment in office was to rip away the veil. For a moment it looked as though the insurrection of January 6 would result in gangsterism’s humiliation and defeat. But the thugs are regrouping. If they aren’t exposed and discredited, we may witness the rise of a new Mafia. 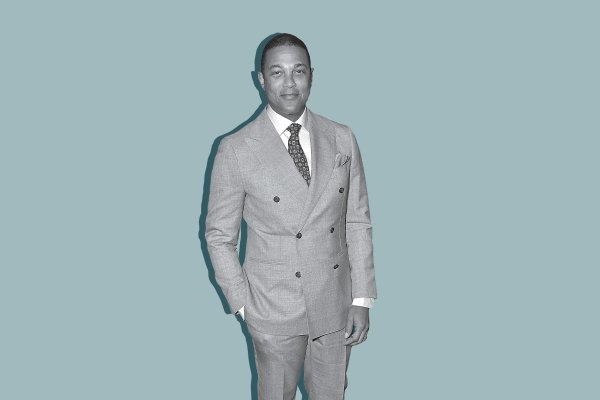