The Democratic-led New York legislature will investigate sexual harassment claims against Governor Andrew Cuomo in a process that could lead to his impeachment.

Assembly Speaker Carl Heastie announced Thursday that the lower chamber’s judiciary committee will begin an “impeachment investigation” into misconduct claims and will have broad investigative powers.

“The reports of accusations concerning the governor are serious,” Heastie said in a statement. “The committee will have the authority to interview witnesses, subpoena documents and evaluate evidence, as is allowed by the New York State Constitution.”

Cuomo, 63, already faces a separate investigation from an outside attorney chosen by state Attorney General Letitia James into the sexual harassment claims made by six women. He also faces federal probes into whether his administration covered up coronavirus deaths in state nursing homes.

“Today’s action by the New York state legislature will have no bearing on our independent investigation into these allegations against Governor Cuomo,” James said in a statement. “Our investigation will continue.”

Calls for the third-term Democrat’s resignation have surged in just the past day as details of the latest accusation led to the first suggestion of criminal behavior. Cuomo, 63, has apologized for conduct that he said may have offended the women, but denied one specific allegation and called on voters to “wait for the facts.”

Cuomo said Sunday there is “no way” he would resign. Two days later, allegations from the sixth accuser surfaced in the Albany Times-Union, and details revealed Wednesday allege that the governor groped her under her blouse after she had been summoned to the Executive Mansion late last year.

The governor, in response to the newspaper’s report, denied making any “inappropriate advances.” He has apologized for making the women “uncomfortable” but added that he “never touched anyone inappropriately.” On Thursday, his office referred the groping accusation to the Albany police department.

Beth Garvey, acting counsel to the governor, said police must be contacted by the accuser, and if not the accuser then the agency, “as a matter of state policy when allegations of physical contact are made.”

“In this case the person is represented by counsel and when counsel confirmed the client did not want to make a report, the state notified the police department and gave them the attorney’s information,” Garvey said in a statement.

“He has lost the confidence of the public and the state legislature, rendering him ineffective in this time of most urgent need,” the 59 lawmakers said of Cuomo in a statement on Thursday.

Impeachment would require a simple majority vote in the Assembly, after which Lieutenant Governor Kathy Hochul would become temporary governor while Cuomo’s fate was decided by members of the state Senate and the state’s high court. It would take a two-thirds supermajority to remove him from office permanently.

The dual controversies have shaken Cuomo, who won praise last year as he navigated the state’s response to the pandemic. In January, James released a critical report that said the administration’s guidance on nursing homes may have put healthy residents at risk. He also has been criticized for delays in disclosing the number of nursing-home resident deaths that occurred outside of the facilities.

Democrats hold a supermajority in both legislative chambers. They voted this month to repeal pandemic-era emergency powers afforded to Cuomo, in a sign of growing tension against the governor among members of his own party.

Cuomo, who previously said he would seek re-election for a fourth term in 2022, declined this week to say whether he still planned to run.

On March 8, 21 Democratic and female members of the Assembly said in a joint letter that the investigation should be allowed to be completed. One of those women, Assemblywoman Patricia Fahy, said on March 11 that it’s time for Cuomo “to step aside” and let Hochul “step in while these investigations are underway.”

Fahy said that the details on the sixth allegation “brought it to a whole new level” and if true, goes beyond harassment.

“I think this latest one is different and I think it is giving everyone, I would assume, it’s giving a number of members serious pause,” Fahy said in a telephone interview. “There’s no denying now that it is disrupting urgent business.”

—With assistance from Henry Goldman. 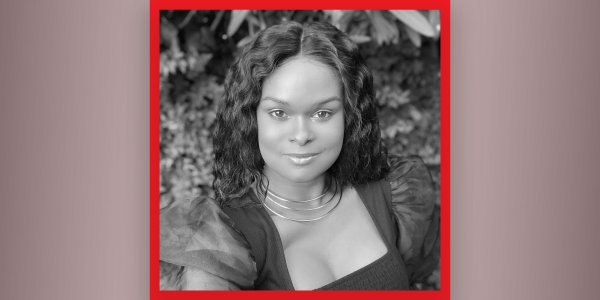 Raquel Willis on the Power of Inclusive Activism
Next Up: Editor's Pick