In Cherry, a Troubled Veteran Turns to Drugs and Crime. Everyone—Including the Audience—Suffers

In real life, addiction obviously causes great suffering. But movie junkies are the least interesting characters in all of cinema. They’re fine when they’re first getting hooked, flushed with the glow of their newfound, evil friend. But once they reach the point of no return—stepping into that inevitable panorama of jittery desperation, gray skin, scabby sores, dirty apartments, neglected pets and rampant selfishness—they’re unbearable. Ten or 15 minutes of that in any movie is plenty. Beyond that, the consequences of someone else’s bad decisions—even if those decisions have been undertaken as an attempt to alleviate great pain—can only make a character the object of our pity or, worse, our scorn.

That’s the trap Anthony and Joe Russo’s Cherry—starring Tom Holland and based on Nico Walker’s 2018 semi-autobiographical novel—marches right into. Holland plays a nameless character with virtually no discernible character traits, who, near the movie’s beginning, meets and falls in love with a saucy student, Emily (Ciara Bravo), at the college both attend. We know nothing about his family or home life, and very little about hers, though in one of the movie’s many hyperstylized artistic touches, we see a floaty image of her with a bruised eye, an allusion to some sort of past abuse. We’re supposed to intuit that she’s one of those dreamy problem girls that certain men just can’t help falling in love with.

These two seem crazy about each other. Then Emily announces, erratically, that she’s switching schools and moving to Montreal. Distraught, our nameless, shapeless, unknowable protagonist enlists in the army. Then Emily, in an “Oops, never mind!” moment, announces she’s not moving away after all. But it’s too late. The two marry, but shapeless man must go through the rigors and debasements of boot camp, and when he’s deployed to Iraq as a medic, he witnesses horrors that shake him to the bone. When he returns home to Ohio, he’s a shell of his former self, even though we never had any idea of what that former self was. He turns to drugs to ease his suffering, and Emily joins him. Before long, he starts robbing banks to support the couple’s habit. Meanwhile, Emily, gaunt and strung out, spends a great deal of time padding around their grimly underlit house dressed only in jeans and a bra. Apparently, women junkies just don’t like to wear shirts.

The two fall deeper into addiction, and though we still have no idea what they’re like as people, in voiceover our protagonist offers a great deal of convenient signpost language like, “I didn’t sleep. And when I did I dreamt of violence” to let us know where he’s at. His situation becomes terrible, and then it gets worse. But the Russo brothers—the directors behind Avengers: Infinity War, Avengers: Endgame and other Marvel products—don’t seem equipped to deal with dramatic trauma in any way. They balance Cherry’s darker moments with surreal, tongue-in-cheek jauntiness: One of the robbed banks is called “Capitalist One”; a psychiatrist has a sign on his desk, and an embroidered patch on his coat, that reads “Dr. Whomever.” The Russos’ gallows bonhomie could be a conscious or subconscious nod to Danny Boyle’s Trainspotting, the rare junkie movie that does work, offsetting heroin-use horrors with the right amount of amoral energy. But they don’t have the finesse to pull it off. Cherry feels like a movie made by a teenager, a bright kid who doesn’t leave his room much but still has plenty of thoughts about, you know, experiences and stuff.

None of this is to denigrate Walker’s real-life experience as an Iraq war veteran who returned from duty a broken person, turning to drugs to alleviate his pain, and then turning to robbery to pay for his drugs. (He wrote his novel while serving a prison sentence for those crimes, using part of the proceeds to repay the institutions he robbed.) But movies based on real life—or, in this case, a fictionalized version of real life—aren’t life itself. We still have to be able to get through them as viewers, or what good are they? Cherry goes on forever, tootling along in its abject misery; it fancies itself an epic. There’s also an unwritten moviemaking rule that the dark elements of a junkie’s life must be shown clearly, lest any fresh-from-the-lilypad naif think that using heroin is all flower-power explosions and soft, puffy clouds (if, in reality, it is ever that at all). The Russos are very obedient in that regard—good for them! But we still have no sense of Emily or her no-name paramour as people.

If you must scramble for a reason to see Cherry, Tom Holland isn’t a bad one. He’s a superb, sensitive actor, and even in this colorless blank of a role, he pulls off a few moments of wondrous believability: stuck in Iraq, huddled in a corner and close to falling apart as he speaks to his wife on the phone, he begs her, “Can we just talk about you for a second? What’s going on with you?” His voice is marbled through with suffering, like swirls of color in a piece of glass. We can see and hear how close he is to breaking. Holland shows us, in one small scene, this movie’s otherwise missing-in-action soul. But there’s not much he can do about its tedium. 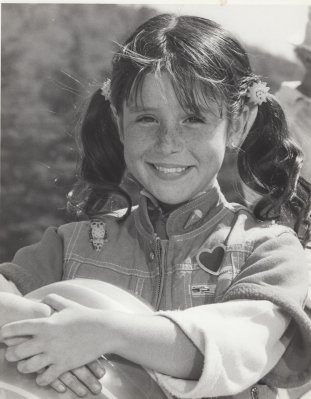 In Kid 90, a Former Child Star Draws on Her Hollywood Past to Understand the Present
Next Up: Editor's Pick