As a 48-year-old physician, wife, and daughter of aging parents, I am increasingly aware of my role as a medical decision-maker on both sides of the equation. In my work as a medical advocate, I have noticed that this role is played largely by women.

While I am proud that women are still fighting for sexual and reproductive freedoms, that child-rearing has become more of a team sport, and that women’s health issues such as breast cancer and heart disease are on everyone’s radar, the important role of women as medical decision-makers has not yet been given its due.

And who are the surrogates? According to JAMA, 58% were daughters, 20% were sons, and 20% were spouses, wives included.

It’s now estimated more than 60% of adults 65 and older will need some form of long-term care, many of them for the devastating onset of Alzheimer’s disease or dementia. Alzheimer’s is also one of the key reasons elderly patients require assistance with providing consent or refusal for medical treatment.

It’s not easy being a healthcare surrogate. This is especially true when the decisions center on end-of-life questions, a weighty decision when you consider that in California 77% of unpaid in-home caregivers are women. Where should mom live after a stroke? Would dad want to spend his last days on a ventilator, heavily sedated and paralyzed? Contrary to what many people assume about what happens in the hospital today, it is often the appointed surrogate, not the treating physicians, that make the final decisions about extent of treatment at the end of life.

Research has shown that surrogate decision-makers experience a lot of stress when decisions need to be made, and after the fact as well. However, a well-known study in the British Medical Journal showed that surrogates that had discussed advance directives and wishes with their loved one had significantly less stress, shorter grieving periods, and less substance use after their loved one’s death than those who had not had those conversations.

Nevertheless, only 30% of Americans have created an Advance Health Care Directive or Living Will. In the JAMA study, 25% had a designated surrogate on the chart, but a mere 7% had left any guidelines about their wishes. To be sure, these issues are difficult to contemplate in advance and still carry a lot of stigma in our optimistic never-say-die culture. It’s time for that to change.

I encourage all families to start creating an Advance Health Care Directive or Living Will now with all family members at the table. Clarifying the goals a person has for his or her life, including its end, can ease the burdens of decision-making when a crisis arrives. This process is known as advance care planning.

Furthermore, it’s time for doctors to get formal training about how to discuss decisions that need to be made with the surrogate decision-maker in a way that focuses on the overall goals of care and not just the immediate crisis. Doctors also need to circle back to taking more responsibility for decisions, keeping the patient’s and surrogate’s goals into account, and avoiding the old paternalistic attitude.

Everyone admires the woman who can “have it all,” be a mother, wife, and have a career and a full personal life. When we talk about what derails women’s careers, the conversation focuses on having children. The truth is that “sandwich generation” women have a lot more on their plate. It’s time to give advance care planning and healthcare decision-making the attention it deserves. It’s a woman’s prerogative. 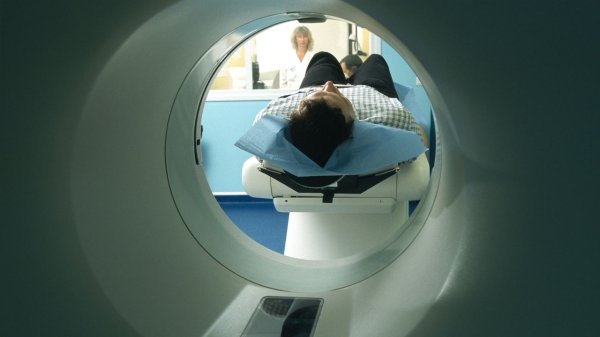