As governments rush to vaccinate their citizens against COVID-19, organized crime groups are seeking to exploit weaknesses in the global vaccine supply chain, fueling a “parallel pandemic of crime” that has generated billions of dollars in illegal profits, according to Interpol, the global police agency that has spent over a year monitoring and seeking to combat the criminal groups behind these schemes.

Jürgen Stock, the general secretary of Interpol, who heads its day-to-day operations, says he has never seen criminal groups adapt and profit from a crisis with such agility. “What surprised me was the dynamics with which these crime types were following the virus around the world,” Stock, who has worked in law enforcement for around four decades, tells TIME in an interview. “I’ve never seen such a dynamic situation before.” When asked about the scale of profits earned from these crimes, he says, “it’s in the billions.”

Some of the newest scams that Interpol tracks across its 194 member countries are seeking profit from the global rollout of vaccines against COVID-19, either by stealing real vaccines and trying to sell them, or by marketing fake vaccines that could prove dangerous to public health, says Stock. He does not expect such fakes to corrupt national immunization programs against COVID-19, which are providing virtually all of the vaccines available around the world. But Interpol has seen some fake shots for sale online and, more recently, through transnational smuggling networks.

Last week the agency revealed the first confirmed case of fake vaccines being trafficked across continents. In that instance, an organized group in China had filled ampules with saline solution before smuggling them to South Africa, where they were meant to be sold as COVID-19 vaccines, according to local police and Interpol agents. More than 80 people were arrested, mostly in China, for participating in that scheme, which involved at least 2,400 doses of fake vaccine, the police said.

The well-established trade in counterfeit medicines, such as vaccines against malaria, has provided the infrastructure for such trafficking operations, according to Interpol. At the start of the pandemic, criminal groups focused on the trade in counterfeit masks, disinfectants and COVID-19 testing kits. But they are now turning their attention to the black market for vaccines. “The liquid gold in 2021 is the vaccine, and already we are seeing that they are targeted more and more,” Stock says, referring to vaccine supply chains.

The victims of this trade could range from individual buyers on the black market to government agencies responsible for securing supplies. “Criminals will exploit any weak link in the supply chain of legitimate vaccines,” says Stock. The weakest links, he adds, are likely to be in developing countries, which may lack the healthcare infrastructure to distribute the vaccines securely.

Later this year, as countries begin to introduce vaccination “passports”—documents meant to enable people to travel or return to work more easily once they have been immunized—Stock expects a rise in forgeries seeking to game this system. Counterfeiters already offer such services for sale on the dark web, where criminal groups often meet to pool their skills and resources in the service of a particular scam, he says.

Earlier in the pandemic, such groups formed online to launch a spate of ransomware attacks against hospitals, laboratories, local governments and many other targets, remotely blocking their computer systems and demanding a payment to release them. More traditional criminal groups, such as the ‘Ndrangheta crime family in Italy, have also sought to profit from the desperation caused by the pandemic, often loan-sharking or laundering money through troubled businesses.

In tracking such criminal networks, one of the clearest patterns Stock has noticed over the past year is how quickly they learn from each other. “What today pops up in one part of the world will tomorrow be in the rest of the world,” he says by phone from Lyon, France, where Interpol is headquartered. The best way to counter these networks, he adds, is through greater coordination among national police agencies. “No country, no region can fight this type of crime in isolation.” 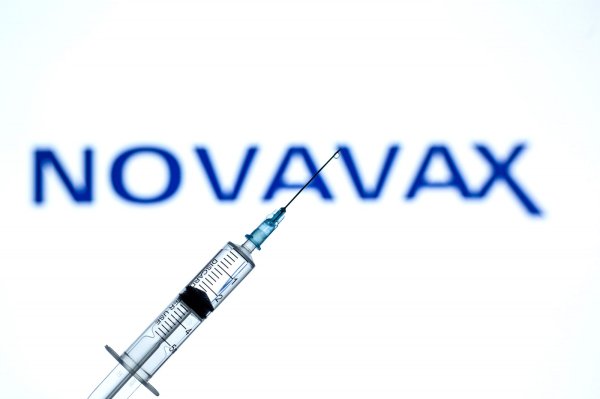 Novavax Says Its Vaccine is 96% Efficacious
Next Up: Editor's Pick