Why Mitch McConnell Might Not Get a Donald Trump Reprieve

During non-pandemic times, Republican Sen. Roy Blunt of Missouri organizes a lunch each Tuesday to update his party’s members on upcoming votes, policy and issues they should study-up on. The Republican Policy Committee confabs are typically cordial affairs, steps from the Senate chamber and without the intra-party divisions that often feature in more ideological segregated meetings during the rest of the week. Presidents, Vice Presidents and Cabinet members sometimes pop in. On the Senate side of the Capitol, these gatherings are the biggest of the big tents of the Republican Party. And the food tends to be pretty good.

Come 2023, those Tuesday lunches could get a lot spicier. This week, Blunt announced he will be joining at least four other Republicans in retiring when his term ends after next year’s election. The new crop of GOP lawmakers lining up to replace them, from Alabama and North Carolina to Ohio and Pennsylvania, could include more divisive figures, with some already campaigning in the style of former President Donald Trump. Just when Senate Minority Leader Mitch McConnell thought himself finally rid of the 45th President, Trump and his image may be the party’s most plausible way back to power.

It’s a similar scenario elsewhere. In January, stalwart Republican Sen. Rob Portman of Ohio announced he would retire at the end of his second term. A former lawyer and lobbyist for President George H.W. Bush and trade negotiator and budget chief of President George W. Bush, Portman’s pedigree is about as mainstream as they come. He has been the go-to adviser to Republican candidates on debate prep for decades, and used to throw the football on the tarmac with reporters when he was helping John McCain in 2008. Now he may end up being replaced by any number of bomb-throwers coming up through the ranks of the Ohio Republican Party, which has moved to model itself after Trump’s national movement. The state party’s former chairwoman and a former state Treasurer are expected to jockey for who is more Trumpian.

In Pennsylvania, Trump loyalists are already trying to torpedo the chances of former Rep. Ryan Costello, a moderate Republican, to follow free-market purist Pat Toomey, who is also not seeking another term. In Alabama, Trump-appointed ambassador and Republican mega-donor Lynda Blanchard was the first to announce she was looking to replace retiring Sen. Richard Shelby, a former Appropriations Committee chair and one of best deal-makers in the Senate. And in North Carolina, where Sen. Richard Burr, a former chairman of the intelligence panel, is leaving politics at the end of this term, former first daughter-in-law Lara Trump is said to be eyeing a run for the seat.

All five Senators set to exit are solid Republicans. But Burr and Toomey voted to remove Trump from office during his second impeachment trial — grievous sins within the GOP’s base. And none of the five supported an effort on Jan. 6 to overturn Trump’s Electoral College loss. Still, each faced the threat of a primary and the headache of it all left some, like Portman, openly disgusted with the direction of their party and D.C. partisanship.

Meanwhile, Washington is still waiting to see if Senators Chuck Grassley of Iowa and Ron Johnson of Wisconsin will make themselves GOP retirements Number Six and Number Seven.

This all makes clear what has been plain to anyone watching the Republican Party’s woes unfurl: Trump remains the most popular figure in the GOP, a fundraising juggernaut and a genuine political threat to any who would cross him. Just this week, he tried to stop organs of the Republican Party from using him in fundraising efforts, prompted the Republican National Committee to move part of its next retreat to Trump’s private club in Florida and launched broadsides against McConnell, GOP strategist Karl Rove and Fox News.

Which is why, as much as readers of this newsletter beg us to ignore him, we can’t. Trump remains a force in the Republican Party, and the next Congress will be shaped by him, both in picking nominees and general-election winners. At least until his supporters decide otherwise. 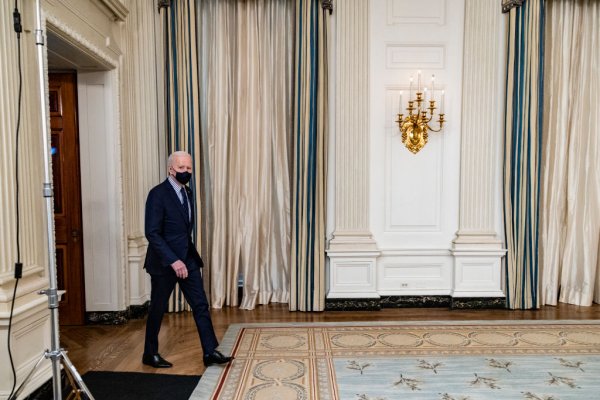