Omarion Swint attends a vigil for his friend since the 3rd grade, 15-year old Terrance Malden, who was shot to death on July 10 in the Jeffrey Manor neighborhood, on July 17, 2020.
E. Jason Wambsgans—Chicago Tribune/TCA
By Josiah Bates

LaTanya Gordon, 54, was driving home from a long shift at her caretaker job in Chicago on April 6, 2020. In her car, as she often did, Gordon tuned in to a police scanner—she wanted to be aware of what was going on in South Deering, the South Side neighborhood where she and her family had long-lived.

Around 1 p.m., Gordon heard that a shooting had occurred in South Deering, but she says that she didn’t think much of the alert given that her community struggles with gun violence on a daily basis. It wasn’t until she got home that she learned it was her son, Tyler Malden, who had been shot. Malden had been pronounced dead at the hospital before Gordon was even aware. He was 20 years old.

And according to Gordon and other South Deering residents who spoke with TIME, the shooting was no accident—they believe Malden was targeted due to a conflict with another individual.

Malden was one of Gordon’s six children; Gordon says they were very close. He had two jobs, working at FedEx and a local bowling alley. She describes him as a big, solid man and although he wasn’t “perfect”—”if you confronted him, Tyler was willing to fistfight. He wasn’t afraid to fight,” Gordon tells TIME—he was “not a troublemaker.” And Gordon adds that both she and Malden’s father had raised him to never carry a gun.

The shooting hit Gordon’s younger son, Terrance Malden, 15, particularly hard. Terrance, Gordon says, was a lot like his older brother, not willing to back down to anyone. Less than three months later, on July 10, 2020, Terrance was also shot and killed.

Over a year later, both their deaths remain unsolved.

“I know the same young man who killed my son Tyler killed my son Terrance,” Gordon says. She believes that Terrance, an outgoing teen who had spoken out in the community against the shooter by name, was targeted like his brother. Gordon says she and others have provided the police with a Facebook profile of the alleged shooter, photos of the alleged shooter holding a gun, and told the police about other incidents community members believe he has been involved in. But, she believes, they have not acted on any of the information she’s provided.

“I’m very frustrated with the police,” she says. “If I don’t call the police to find out what’s going on, I won’t find out anything.”

Responding to a FOIA request for information on their investigations of the shootings, the Chicago Police Department provided TIME with two heavily redacted incident reports on April 22.

The reports lay out few details: In Tyler Malden’s case, the only detail shared came from an anonymous witness who says they saw that the shots were fired from “a Black SUV truck, possibly a Cadillac.” In Terrance’s case, another anonymous witness says they saw Terrance walking down the street when someone in a white Audi with tinted windows drove next to him, opened a car door, and shot him five times.

“The release of records would divulge information that would compromise the investigators’ ability to determine the veracity of statements made by all involved parties, thereby affecting the integrity and outcome of the investigation” the CPD said in a statement to TIME.

As of June 2021, the CPD confirms that both investigations—which are being treated separately—remain unresolved.

“The police [keep saying] we need a witness. Well if everybody is constantly bringing up the same name, don’t you think that should be a person of interest?” Gordon says. “No one seems to be investigating this young man.”

Read more: We Must Treat Gun Violence as a Public Health Crisis. These 4 Steps Will Help Us Reduce Deaths

Gordon’s tragic situation should be an exceptional one, an outlier. It’s not. The lack of resolution for the killings of both siblings is all too familiar for inner-city communities long-plagued by gun violence.

Historically, when it comes to homicides in poor and disenfranchised Black communities, many cases are left unsolved. There are a variety of factors—systemic discrimination and limited resources, for example, as well as what is widely viewed as a lack of care from the police—at play, but community activists and experts also point to a “no snitching” culture often in place in these communities.

“Research suggests that the number one solvability factor is a cooperating witness,” explains Thomas Abt, director of the National Commission on COVID-19 and Criminal Justice says regarding his research on this topic. “In these cases, you often don’t have a viable cooperating witness.”

“If just one or two people were to speak up against this gun violence then hopefully we could get the perpetrator off the street and then you don’t have to be scared,” Gordon says. “As long as people keep their mouths shut then those same [shooters] are going to keep doing the same thing.”

In 2020, cities across the country saw a drastic increase in gun violence. That increase in shootings and shooting-related deaths has resulted in more cases left unsolved. Last year in New York City, only two-thirds of homicides were solved, much lower than the 86% that were solved in 2019. In Paterson, New Jersey the clearance rate of homicides was 30%, down from 58% in 2019. In Indianapolis, only 56 of the year’s murder investigations have resulted in an arrest, while 135 remain unsolved.

Gun violence in 2021 is already on track to be as bad or possibly worse than 2020—meaning it’s very likely that even more cases are left unsolved this year. Over the July 4th weekend this year, at least 108 people were shot in Chicago and 17 were killed.

Many local residents remain skeptical of the number of cleared homicides cases the police put out.

Tamar Manasseh, the president of Mothers Against Senseless Killings, poses for a portrait in Chicago on July 12, 2021.
Nolis Anderson for TIME

Tamar Manasseh is the president of Mothers Against Senseless Killings (MASK), a Chicago-based organization that sees volunteers congregate on a street corner they have identified as a hotspot for violence. During the summer months, the volunteers cook communal dinners, provide entertainment and engage with community members to try to stop the cycle of crime. (During the summer of 2019, two MASK volunteers were killed in a drive-by shooting that also remains unsolved.)

Manasseh says that much of the information that the police need to solve homicides is available if officers only worked to build better relationships with community members. But they don’t take enough initiative, Manasseh charges.

“There’s like a running joke: if you want to get away with murder, go to Chicago,” Manasseh says. “There are music videos made about murders and there are details in these songs about how someone was killed. There are the guns that they kill each other [featured] in the music videos. The police see this stuff but nothing happens.”

She cites a particularly disturbing example: On July 14, 2020, 31-year-old Donnie Weathersby was shot and killed just down the block from where MASK volunteers were set up. It was clear to Manasseh and other MASK members that there would be some kind of retaliation; with Weathersby’s funeral happening a week later, Manasseh says she personally went to the police and told them that security would be needed at the event.

“I kept texting them that something was going to happen,” Manasseh says. Despite the warnings, there was no large police presence at the funeral—which took place just three blocks away from the nearest police station—and 15 people were shot.

“[Mayor Lori Lightfoot] and [CPD Superintendent David Brown] got on television and said they didn’t have any credible tips,” Manasseh says. “Most of the people who were shot were women and kids. This was completely preventable.”

The Mayor’s office referred TIME’s questions about the incident to the CPD, who did not respond to the request for comment.

Mayor Lori Lightfoot speaks during a press conference at City Hall, in Chicago, on July 22, 2020 after multiple people were shot outside a funeral home in Gresham.
Pat Nabong—Chicago Sun-Times/AP

This speaks to a larger problem: the disconnect between the police in many big cities and the communities they’re supposed to be protecting. There’s a lack of trust and “legal cynicism,” as Thomas Abt puts it, from local residents, who feel that officers often do not have their best interests at heart, and often a consensus that police can sometimes become indifferent towards the typical victims of inner-city gun violence. Abt says the police will commonly use that as their excuse for not solving crimes. “They say no one will talk to us, so how do you expect us to solve it?”

Carlton Gordon, 56, a cousin of LaTanya’s who also lives on Chicago’s South Side, says he can also see the dejected attitude of the police in his neighborhood. “Some [officers] do care, some don’t care,” he says. “They have to come to a place where they are more involved with the community to gain their trust. They have too much of a hands-off mentality.”

Activists continue to stress the need for better pipelines to be built between communities and officers who police them, and in particular to utilize the work of neighborhood leaders and violence interrupters—mediators who have credibility on the streets and try to curb conflicts between rivals. “It’s not the community that solves crime and the police that solves crimes. They solve them together. They have to solve them together,” Abt says.

Multiple sources tell TIME that the individual widely believed to be responsible for both Tyler Malden and Terrance Malden’s deaths was arrested in June 2021 for a separate crime, though Gordon says she has not heard anything from the CPD. (No records exist as of July 15 for this person on the CPD’s public-facing arrest database; the CPD did not respond to a request for comment on the alleged arrest or any pending charges.)

Still, Gordon says she remains hopeful that her sons will get justice and has in the past year become more vocal in the fight to end gun violence in her community. She says she tries to attend as many prayer vigils as she can for the victims of shootings and offers support for other families who have lost loved ones to gun violence

“This is happening to so many young Black men and women and it’s hard for [communities and police] to get unified,” Gordon says. “Everybody wants to give their sympathy and say that they care. Why aren’t we all working together?” 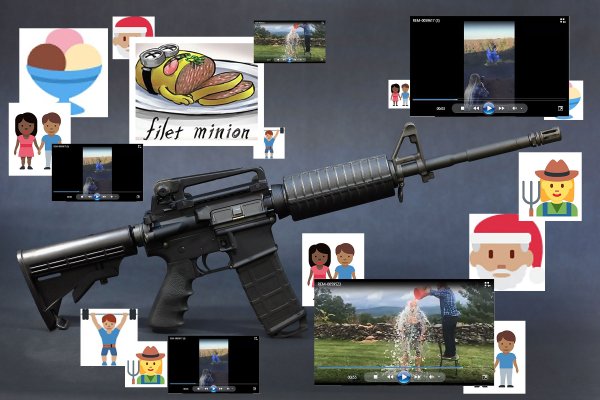