The Best and Worst Moments of the 2021 Golden Globe Awards

“Oh my god. Are we on?” Dan Levy asked halfway through the 78th Annual Golden Globes. It was an apt question for a show that unfolded in fits and glitches, with celebrities delivering strained Zoom smiles as well as jokes that reverberated in empty living rooms. But while the pandemic version of the Globes was certainly awkward, it didn’t lack for entertainment, whether intentional or not. The Crown was the big winner, nabbing four awards. Chadwick Boseman won a posthumous award for best actor in Ma Rainey’s Black Bottom, while Borat: Subsequent Moviefilm and Nomadland won best picture in the comedy and drama fields, respectively.

Here are some of the most memorable moments of the night.

Read More: See All the Winners of the 2021 Golden Globe Awards

In an interesting gambit (of the non-queen variety), the Golden Globes decided to beam in its hosts—Tina Fey and Amy Poehler—from opposite coasts, with Fey presenting at the Beverly Hilton and Poehler at the Rainbow Room in Manhattan. The decision was likely informed by a desire to reflect the fractured nature of the year, as well as to nab both L.A. and N.Y.-based celebrities to present awards. But when it came to the monologue as well as Fey and Poehler’s subsequent bits, the ploy felt like a self-inflicted mistake. In past years, Fey and Poehler have excelled at hosting the Globes precisely because of the way they supported and enabled each other while shoulder to shoulder, giggling as if they were the only ones in the room or throwing back high fives. And while they tried to make it work, their chemistry and timing were noticeably off. With limited audiences to absorb their jokes, Poehler and Fey rushed through punchlines, sometimes inadvertently stepping on each other. With their celebrity targets not in the room, some of their industry-specific barbs fell flat, receiving only uncomfortable chuckles from the first responders in the crowd.(Fey did sneak in a sick burn of the HFPA, however: “The Hollywood Foreign Press Association is made up of around 90 international no-black journalists who attend movie junkets each year in search of a better life.“) While Poehler and Fey are two of the funniest comedians in America, this monologue probably won’t be going on their highlight reels.

Daniel Kaluuya, Best Actor in a Supporting Role in Any Motion Picture for “Judas and the Black Messiah,” attempting to accept his award
NBCU Photo Bank via Getty Images—2021 NBC

The Globes operate on a standard level of chaos, but even Ricky Gervais’s worst behavior couldn’t compare to the raggedness of this telecast. The first acceptance speech of the night, in which Daniel Kaluuya found himself unable to unmute his microphone and then repeatedly yelled, “You’re doing me dirty!” was a harbinger of things to come. Poehler and Fey were at times on a delay with each other, leading to awkward moments like “Ladies and gentleman, the absolutely—NORMAN LEAR!” Microphones clipped; cameras flickered; there were blips, echoes and freezes. Award winners were unsure of when to start speaking and when to end. The disorder was partially charming but mostly just cringe-inducing, to the point that maybe the show’s producers should have just fully embraced the chaos and hired John Wilson to mumble through the festivities.

Some of the show’s best moments played like SNL. skits, whether it was Jason Sudeikis’ loopy hoodie-clad acceptance speech or Tracy Morgan’s yelp of “SAUL!” (when he meant to say Soul). Perhaps the funniest moment of the whole show was when two of Studio 8H’s foremost legends—Kenan Thompson and Maya Rudolph—came out in person to flirt, sing and speak gibberish while accepting the fake award “Least Original Song.” In regular years, the weirdest jokes at awards shows often only receive strained laughter from a buttoned-up A-list audience. In contrast, being in front of a studio-sized audience and wearing ridiculous costumes allowed Thompson and Rudolph to fully unleash their zaniness.

Worst: The “Next On” Segments

Celebrities: they’re just as awkward as us in Zoom meetings! Before every commercial break, the five nominees in the next category were put onscreen and given no prompts or instructions, leading to some excruciating mugging and small talk. Only one of those segments paid any dividends: after Tracy Morgan botched reading the name of the movie Soul, the camera immediately cut to a group including Jason Sudeikis, Don Cheadle and Ramy Youssef, who began gleefully rehashing the moment and riffing off his blunder (“Soul’s Pizzeria!,” Sudeikis exclaimed).

It probably says something about Hollywood in 2021 that the best monents came from those with no showbiz experience. But the kids and dogs of nominees carried the night—whether it was Minari director Lee Isaac Chung’s daughter, who gave him a huge hug and gently pecked him on the cheek as he said, “she’s the reason I made this film”—or Sarah Paulson’s floppy-eared dog. They provided the few genuine moments of enthusiasm and joy.

Best: Jokes About the Trial of the Chicago 7

For whatever reason, some of the best jokes of the night came at the expense of Aaron Sorkin’s The Trial of the Chicago Seven. Amy Poehler: “I think it’s the best of all the Trial of Chicago movies, but still not as good as Police Academy 7: Mission in Moscow.” Fey: “The thing I love about Aaron Sorkin’s writing is he can have seven men talking, but it feels like 100 men talking.” Rudolph and Thompson: “The seven of us, making friends, we’re different, but we all talk the same.” Sorkin, shown sitting in his home which unsurprisingly included an old-timey gramophone, seemed to take them in stride.

The trauma of this year has underscored the fundamental ridiculousness and superfluousness of awards shows. Over the past year, awards ceremonies have tried, mostly unsuccessfully, to provide escapism while simultaneously confronting the pandemic’s devastating impacts. Many solemn, canned statements about loss and perseverance have been delivered by celebrities in their lavish homes—and those have mostly rung hollow. But there was nothing contrived about Taylor Simone Ledward’s speech as she accepted the award for Best Actor in a Motion Picture – Drama for her late husband, Chadwick Boseman. Earlier in the show, the Black Panther star had received a touching micro-tribute from a group of enthusiastic and adoring school children. And Ledward, through tears, delivered a beautiful speech that served both to honor him individually and to speak to the unimaginable collective grief hanging over many. “I don’t have his words,” she said. “But we have to take all the moments to celebrate those we love…Hon, you keep ’em coming.”

Fonda, accepting the Cecil B. DeMille Award, delivered a speech that would have brought the house down, had there been a house to bring down. Her speech centered on diversity and representation in storytelling, and was especially pointed in the midst of a ceremony whose awards are decided upon by a voting body (the HFPA) with no Black members. She also went out of her way to pay tribute to I May Destroy You, the Michaela Coel show which was shut out of the ceremonies despite universal acclaim. “There’s a story we’ve been afraid to see and hear about ourselves in this industry; a story about which voices we respect and elevate and which we tune out. A story about who’s offered a seat at the table and who is kept out of the rooms where decisions are made,” she said. “Let’s all of us make an effort to expand that tent so that everyone rises and everyone’s story has a chance to be seen and heard… Let’s be leaders.” 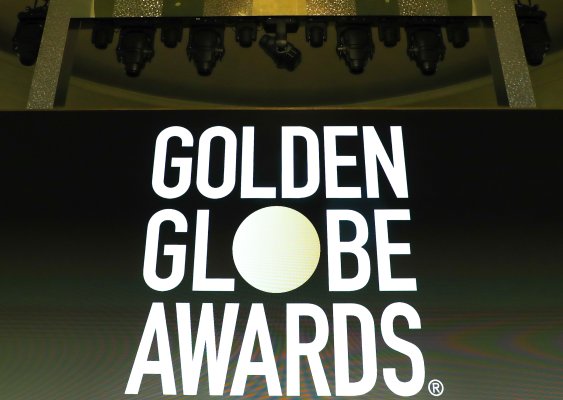 See All the Winners of the 2021 Golden Globes
Next Up: Editor's Pick