On Feb 27, the FDA issued emergency use authorization for Janssen’s COVID-19 vaccine. “After a thorough analysis of the data, the FDA’s scientists and physicians have determined that the vaccine meets the FDA’s expectations for safety and effectiveness appropriate for the authorization of a vaccine for emergency use,” Dr. Peter Marks, director of the FDA’s Center for Biologics Evaluation and Research said in a statement announcing the decision.

At the end of a full day of review and discussion of the company’s shot, all 22 voting members of the committee agreed that the vaccine was safe and effective enough to be used by the public. It’s the third vaccine that the group of independent experts has recommended, following Pfizer-BioNTech and Moderna. Unlike the two previous vaccines, J&J’s is a single shot, and can be shipped and stored under refrigerated, not frozen conditions, as the other two require.

The single dosing played a part in the committee’s decision. Logistically, vaccinating people one time is much easier than asking them to return for a second dose. “This was a relatively easy call,” Dr. Eric Rubin, editor in chief of the New England Journal of Medicine and professor at Harvard T.H. Chan School of Public Health, who voted to recommend the shot said during the discussion. “[The vaccine] clearly gets way over the bar of safety and efficacy, and it’s a single-dose vaccine.”

The committee members reviewed data presented by Janssen Pharmaceuticals, the J&J arm that developed the vaccine, as well as FDA scientists’ review of that data. Janssen’s vaccine uses a different technology than Pfizer-BioNTech and Moderna, which both relied on a new platform involving mRNA. Janssen’s vaccine, on the other hand, is made with a weakened cold virus that can’t cause disease, manipulated so that it carries the genes for making one of the key proteins of SARS-CoV-2, the virus that causes COVID-19. Once that viral protein is introduced to the body, human immune cells learn to recognize it as foreign and launch attacks against it.

In Janssen’s primary vaccine study, involving nearly 44,000 people, a single dose was found to be 66% effective in protecting people from moderate to severe COVID-19 disease. It was slightly less effective in protecting against new variants of the virus—against one that was first identified in South Africa, it was around 57%. Still, that protection met the threshold of 50% efficacy set by the FDA for granting emergency use authorization.

Committee members raised questions about how much of the immune response to the COVID-19 virus might be blunted by a response mounted against the weakened cold virus used as the delivery vessel, a well known effect using this vaccine platform. Such vaccines are also potentially less effective when boosted with additional shots since the body becomes tolerant to the weakened virus vector. However, Dr. Johan Van Hoof, managing director of Janssen Vaccines and Prevention, noted that tests on the company’s HIV vaccine candidate using similar technology have shown that people boosted with additional shots years after the first continued to generate strong immune responses that didn’t seem to be significantly affected by the weakened virus vector.

Many committee members raised questions about the company’s data showing that the vaccine produced a slightly lower response in terms of antibody levels against the virus among people over age 60, especially those with underlying health conditions—a group particularly vulnerable to COVID-19. However, Janssen studies found that these people still did not develop severe COVID-19 disease or need hospitalization compared to people getting placebo. In fact, the vaccine was 85% effective in protecting people from severe disease and overall there were only 21 deaths among the 44,000 people studied; five occurring among those who were vaccinated and the remainder among the placebo group. None of the deaths were considered related to the vaccine.

The FDA scientists did note in their review that some participants in the study did experience serious side effects, including tinnitus (ringing in the ears), clotting and hives—which could be related to the vaccine and are worth further follow up. However, these were rare, and overall the vaccine was safe with most who reported side effects having only mild to moderate reactions including headache, chills and muscle aches.

The other question that continued to pop up during the day-long discussion focused on whether Janssen’s vaccine is really a one-shot vaccine or whether it, like the Pfizer-BioNTech and Moderna vaccines, actually requires a two-shot regimen. While the data the company submitted were from a trial in which participants were given only a single dose, the company is currently conducting another study of 30,000 people who will receive two doses of the shot—to see if an additional booster will raise immune responses even further.

If two doses prove to be more effective, it will raise a tricky question about what to do with people who might receive the single dose shot in coming weeks or months, should the one-dose regimen be authorized. Van Hoof argues that this is a question worth putting off for later, given the urgency of the current situation. “We feel the results of the study of our single dose showed high efficacy against severe disease, especially hospitalizations and death, and in a situation of mass vaccination programs, our regimen is extremely well positioned to be used during the outbreak,” he said.

Then of course there is the question of the recently identified genetic variants of SARS-CoV-2 that appear even more infectious than the original virus. Pfizer-BioNTech and Moderna did not have to deal with that when they submitted their requests back in December 2020, but the companies have since conducted additional tests that have shown that their vaccines remain effective in protecting against the major new mutations. Janssen’s submission to the FDA included some early data on the efficacy of its vaccine against the new variants, and Van Hoof told the committee that the company plans to continue genetic sequencing virus from people in the company’s trials if they test positive and will include that information in the final request for full approval which could come later this year. In the meanwhile, Janssen—like Pfizer-BioNtech and Moderna—is already working on a next-generation vaccine specifically targeting the new variants that could begin human testing by summer.

The FDA committee’s decision to recommend the Janssen shot now goes to the agency. If the FDA agrees to grant the emergency use authorization, the next step will be for the Centers for Disease Control and Prevention’s immunization committee to work out details of who should be vaccinated with the new shot, and the logistics for how to make that happen. That CDC committee will also likely make decisions about whether certain groups should be targeted to receive this specific vaccine, and what advice to provide vaccinators when people ask about whether they will need a second shot. That information won’t be available until Janssen completes its two-dose study in coming months. 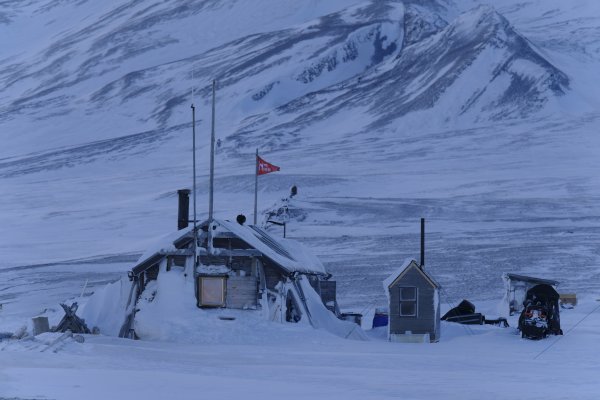 How to Get Through the Pandemic's Third Quarter
Next Up: Editor's Pick