Patrick Achi, Chief of Staff to the President of Côte d’Ivoire, becomes the first person to receive a COVAX vaccine at the launch of the nation’s COVID-19 vaccination campaign at the Abidjan Parc des Sports on March 1, 2021.
Gavi/2021
By Jamie Ducharme

Frontline workers and public officials from the Ivory Coast on March 1 became the first people in the world to receive COVID-19 vaccines shipped from the COVAX Facility, in a long-awaited step toward global health equity.

COVAX, a joint initiative of the World Health Organization (WHO); Gavi, the Vaccine Alliance; and the Coalition for Epidemic Preparedness Innovations, aims to ensure fair access to vaccines in countries around the world. Wealthier nations were able to purchase enough vaccines through the COVAX Facility to inoculate up to 50% of their populations, and 92 middle- and low-income nations will receive free vaccines. Many wealthier countries—about 30 nations total—also contributed money to funding the free aspect of the problem; they, along with the European Commission and a number of private organizations, have so far pledged more than $6 billion.

The Ivory Coast became the first country to put vaccines shipped by COVAX to use, after a delivery of more than 500,000 doses of the AstraZeneca-Oxford University vaccine manufactured by the Serum Institute of India arrived in the city of Abidjan on Friday. UNICEF transported the vaccines to Abidjan from Mumbai, India.

Patrick Achi, the chief of staff to the president, was the first person to be vaccinated, and at least 50 health care and frontline workers were expected to receive the vaccine on the first day of rollout.

“This is an important step in our shared fight against the common enemy that is COVID-19,” Ivorian Minister of Health and Public Hygiene Dr. Eugène Aka Aouélé said in a statement after the vaccines arrived. “The pandemic has taken a heavy toll around the world and our country is no exception.”

Vaccinations are also set to begin in Ghana tomorrow, after the country last week received 600,000 doses of the vaccine developed by AstraZeneca-Oxford University. Both the Ivory Coast and Ghana are among those countries that will receive free vaccines through COVAX.

Significant as they are, these vaccination campaigns are beginning months behind schedule. COVAX originally aimed to begin distributing shots to low-income countries at the same time richer countries began their own vaccination campaigns. Clearly, that didn’t happen: WHO Director-General Dr. Tedros Adhanom Ghebreyesus said in late February that 80% of the 210 million vaccine doses administered globally by that point had been given in just 10 countries—mainly wealthy ones, like the U.S., that were able to finance their own vaccine contracts outside of COVAX.

COVAX aims to deliver 2 billion vaccine doses by the end of 2021, including 1.3 billion doses earmarked for low-income countries and paid for by wealthier nations. The initiative has, however, faced the same supply shortages that have slowed vaccine rollouts in many countries and struggled to raise enough money to easily reach its targets—in part due to delayed action on the U.S.’ part.

Former President Donald Trump did not contribute to the COVAX fund, a stance that was reversed by President Joe Biden shortly after he took office in January. The U.S. has donated $2 billion to the campaign and has pledged to donate another $2 billion over the course of the next two years. Even with that pledge, however, the U.S. has given less per-capita than countries with smaller economies, including Norway, Germany and the U.K.

Leaders of several African countries have accused wealthier nations of “hoarding” vaccines. Canada and the U.S., for example, have both signed deals to purchase more doses than they would need to vaccinate their entire populations. Many countries in Africa have yet to begin vaccinating their residents at all. COVAX plans to organize a system through which countries could redistribute vaccines or donate their unused doses, but that reallocation likely wouldn’t begin until wealthier countries have vaccinated a significant subset of their populations. Canada has pledged $4 million to eventually help facilitate such a system, and Norway has said it will donate any unused doses.

For the moment, however, many experts are concerned about inequitable access to vaccines worldwide, as well as about global safety. More infectious variants of SARS-CoV-2 are emerging and spreading in countries around the world, leading experts to warn that the goal of achieving global herd immunity could be under threat. If such mutations originate in areas without widespread vaccine coverage, they may continue to evolve enough to outsmart currently authorized vaccines.

COVAX has said it will distribute enough vaccines to cover up to 20% of each member country’s population by the end of the year, but that may not be enough to significantly slow COVID-19’s spread in areas where it is circulating widely. Meanwhile, the organizers of COVAX continue to urge governments and manufacturers to support the initiative, in hopes of expanding its reach.

“Over the coming weeks, COVAX must deliver vaccines to all participating economies to ensure that those most at risk are protected, wherever they live,” Dr. Seth Berkley, CEO of Gavi, said in a statement. “We need governments and businesses now to recommit their support for COVAX and help us defeat this virus as quickly as possible.” 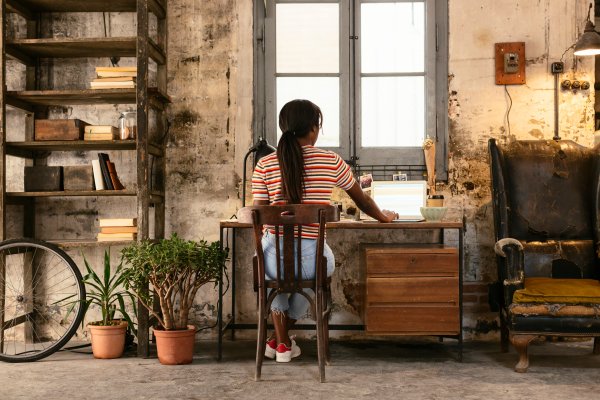 How to Stay Social When You Never See Your Work Friends
Next Up: Editor's Pick