On Feb. 24, Massachusetts-based biotech Moderna announced that it has shipped a new version of its already-authorized COVID-19 vaccine to testing sites. The new vaccine is one aspect of a three-part strategy the company is taking to address new viral mutations that make the virus more infectious. They plan to test them in both participants of the early trials of the original vaccine, who were vaccinated six to 12 months ago, as well as unvaccinated individuals.

All three efforts involve studying adding a third dose following the current two-dose regimen of Moderna’s vaccine, which has emergency use authorization from the U.S. Food and Drug Administration (FDA). One study will simply add a third dose of the existing vaccine to the two-dose regimen. The company’s earlier data showed that while its original vaccine continued to provide sufficient protection against COVID-19 disease caused by the major known faster-spreading mutations, that protection was diminished somewhat against one of the variants that was first identified in South Africa, known as B.1.351. This study will investigate whether adding a third dose of already authorized vaccine can increase virus-fighting antibodies to levels that would provide the same protection as the two-dose regiment provided against the original, non-mutated virus.

The company is also testing a new vaccine that it developed specifically against the B.1.351 variant. Moderna’s vaccine relies on mRNA technology, which enables the company to rapidly develop new versions simply by changing the genetic information programmed into the shot. (The original vaccine was developed in a record 42 days, and began human testing in a record 63 days; the new vaccine was similarly developed in about six to eight weeks). In the initial trials, Moderna is testing this new vaccine as the third dose after two doses of the original vaccine are given.

Finally, the vaccine maker’s scientists are also testing another new vaccine that combines the original and the new version designed to protect against the B.1.351 variant. This vaccine too would be used as a third dose after two doses of the original shot.

Additionally, the company said in a statement that it also plans to study the two new vaccines as stand-alone shots in people who have not yet been vaccinated and are negative for COVID-19, to see if the shots can protect against disease on their own.

The company said these studies are being done “out of an abundance of caution,” noting that its original vaccine still provides strong protection against COVID-19 disease. But infectious disease experts are growing concerned about the new variants that are popping up—especially B.1.351, which seems to be more resistant to the current immune defenses the body makes after being vaccinated. In a Moderna study first released in January and later published in the New England Journal in February, the company reported a six-fold drop in the level of antibodies that can neutralize the B.1.351 virus, as compared to the non-mutated version of virus.

The company hopes that amplifying the immune response generated by the original vaccine with a third dose, either of the same shot or one of the new ones, will make up for that diminished immune attack. Depending on the results of the studies, Moderna will work with regulatory authorities like the FDA to decide whether any changes to the current authorization will be needed, and if the company can provide the vaccine to the public.

Alongside the Feb. 24 announcement of these new studies, company officials also committed to producing an extra 100 million doses of its original vaccine this year, for a total of 700 million doses globally in 2021. To further expand the number of doses reaching people who need them, Moderna said it is also investigating ways to include up to 15 doses in each vial, instead of the current 10. 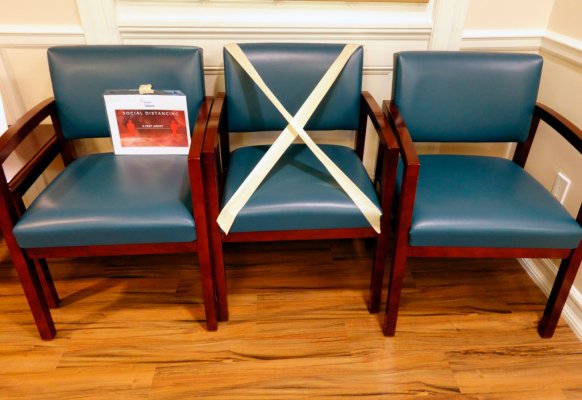 Which Americans Are Letting Health Care Slide Due to COVID-19?
Next Up: Editor's Pick