The Real Congress Is Kinder, Gentler Than What You See on TV

During normal times, when I’m visiting family and friends outside of Washington, the one question I am sure will always be asked is some variation of Are they really as crazy as they seem on TV? And my reply is always a negative. My friends roll their eyes in skepticism and lament the lack of a fictional politician like Jeff Smith, Jack Tanner or Jed Bartlett. Then I do my best to steer the conversation away from politics.

I’ve long argued that most members of Congress, any Administration and most White Houses aren’t as extreme as the coverage of the capital suggests. The vast majority are closet idealists who come to D.C. to do good, fix problems and push their pet projects. They caught the bug for service and decided to split their time between home and decidedly unglamorous shared housing in Washington. Maybe they get quasi-semi-famous, which then lets them push their agenda with a juiced-up microphone.

But my argument usually falls on deaf ears due to a handful of disdainful figures who think House of Cards was a workable strategy memo. Drama is entertaining. A bipartisan mark-up of a water bill is not. It’s actually about as interesting as watching a puddle dry. Which is why the real work in Congress of taking ideas, making them into legislation that can pass and then sending them to the White House to implement gets far less attention than partisan attacks and clever memes.

Which brings me to a summary of a series of ongoing research projects from scholars at Louisiana State, the University of Mobile and Texas A&M. Their research, based on more than 46,000 network and cable transcripts from 2005 to 2013, finds that the producers and anchors of shows on the six major broadcast and cable networks highlight the extremes on both the left and right. The middle—where much of the country sits ideologically—often gets lost. Americans recognize less and less of themselves on TV, and Congress is typically portrayed as a coven of extremism.

You wouldn’t know it from watching these broadcasts—or the broader hand-wringing about the divided country—but the center-right stasis in America is pretty strong. Pew research finds moderates and conservatives are roughly the same share of the nation’s voters. About 35% of Americans identified as moderate in 2020, compared with 36% as conservative. The lawmakers in Washington representing this large middle ground may be doing a good job at responsible governance, but they make for lousy TV.

Having the hard numbers about the fringes’ dominance to confirm my hunch helps my case that, no, Congress isn’t broken. But the national media covering it does reward bad behavior. And that has a trickle-down effect to local news consumers. Local newsrooms are half the size as they were in 2008, and the result is Americans are getting their information about politics from national outlets, including the broadcast and cable networks. Treating the news like entertainment has consequences and it has pushed each side’s extremes further afield as they chase buzz.

The scholars reach this conclusion with about as clean a statement as I can imagine: “The Congress that people see on their televisions is not the same one, ideologically, that exists in the Capitol Building,” they write. (The study is behind a firewall for the Journal of Communication, but many libraries have access to it via the Oxford University Press Journals database. The headline? “As Seen on TV? How Gatekeeping Makes the U.S. House Seem More Extreme.” A public-facing summary is here.)

The argument for a return to American centrism helped Joe Biden win the Democratic nomination over more progressive firebrands like Elizabeth Warren and Bernie Sanders. Democrats, wanting more than anything to defeat Donald Trump, went with the most middle-of-the-road white guy they could find. (Later, the party’s left wing was pleasantly surprised as Biden fleshed out his agenda with the most progressive posture ever put forward by a major-party nominee.) In the end, his persona as Middle Class Joe helped him calm skittish voters who just wanted Trump to be gone. But had Biden not been the Democratic nominee, he probably wouldn’t have gotten much airtime. Reasonable isn’t the same as juicy.

There’s zero reason to think journalists will abandon the sensational for the mundane. This newsletter has spent its own fair share of time considering polarizing figures Donald Trump, Marjorie Taylor Greene, Larry Summers, Rand Paul, Josh Hawley and Bernie Sanders since the new year began. And it’s been at the expense of vehement chasers of compromise like Susan Collins, Lisa Murkowski, Cory Gardner and Rob Portman, who are routinely and statistically the most bipartisan members of the Senate.

But it’s a good reminder to us all to look for the headlines not being written. In fact, there’s a pretty good chance your member of Congress is working on something in your own backyard. It probably isn’t sexy. But it’ll be front-and-center when he or she runs for re-election and is asked the sure-to-be-asked question, What have you done for the district? That’s a question any winning politician needs to have an answer for. 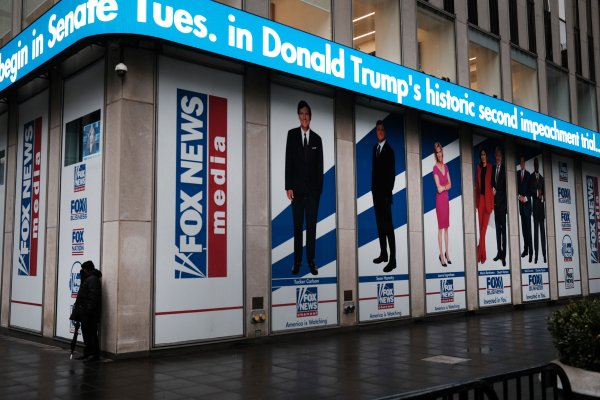 Fox News and Donald Trump Have a Dysfunctional Relationship, But It Works For Them
Next Up: Editor's Pick