How Many Millions Are Without Power in Texas? It's Impossible to Know for Sure

It’s not easy putting a number on what is undoubtedly the largest forced blackout in U.S. history.

If you take the Texas power grid operator’s word for it, the rolling outages that have plunged much of the state into darkness amid an unprecedented cold blast have affected at least two million homes and businesses. If you trust a well-known website that scrapes data from 725 utility outage maps nationwide, it’s about 3.3 million in Texas alone, and 3.6 million across four states. But that may not include rolling outages that some power companies aren’t accustomed to reporting.

And if you’re looking at the sheer size of the power load that fell off of Texas’s power grid Tuesday, you’d think it could be exponentially more: As much as 26,000 megawatts of load have been wiped off the grid managed by the Electric Reliability Council of Texas since Sunday, when the agency warned it would start rolling blackouts to keep the entire system from collapsing, data compiled by Bloomberg show. For reference: A megawatt can power about 200 homes in Texas, according to its grid operator.

The only real way of knowing exactly how many people are being plunged into darkness in one of the worst energy crises America has ever faced would be to call up all of the utilities across the central U.S. cutting power and collect real-time data from them by the second.

But then there’s also the fact that utilities count outages by “customers” rather than actual people. Judging by the average size of a U.S. household, and the amount of load shed in Texas, at least 15 million people may have been plunged into darkness in that state alone.

—With assistance from Mark Chediak. 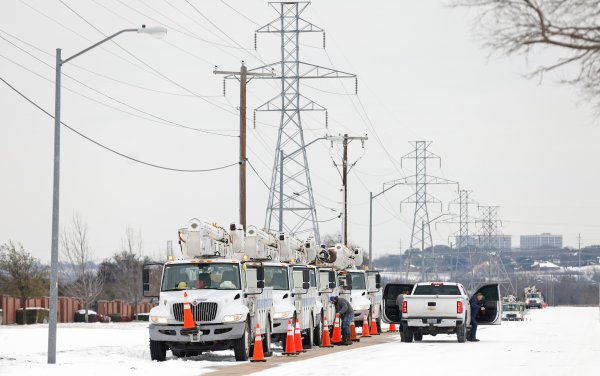