What Amanda Gorman Teaches Us About Our Shared America

Ideas
By Viet Thanh Nguyen
Viet Thanh Nguyen was born in Vietnam and raised in America. His novel The Sympathizer won the 2016 Pulitzer Prize for Fiction, as well as five other awards. His new novel The Committed is out March 3.

Amanda Gorman moved me deeply, as she did many others, with her inaugural poem “The Hill We Climb.” When I found out that she was nurtured at least partly by the Los Angeles Public Library, whose books I have often borrowed as a fellow Angeleno, I tweeted that “Public libraries and young poets make America great.” Dreams of being a writer were implanted in me when the San Jose Public Library gave me an award for my book “Lester the Cat” in the third grade. Gorman managed the much more astonishing feat of becoming the Los Angeles Youth Poet Laureate when she was sixteen. She was one of nineteen finalists brought to the stage of the Taper Auditorium of the Central Library. How many aspirations were encouraged, how many future poets were named? A crucial question and an important task, as poets can speak to the conscience of a country.

If I had known when I tweeted that Dr. Jill Biden had invited her to write the inaugural poem, I would have added that community colleges also make America great, given Dr. Biden’s teaching career at Northern Virginia Community College. While I teach at a private research university, I still take classes at my local community college, and what community colleges share with public libraries and poetry of a certain kind is nothing less than the democratic spirit, the same spirit that Gorman defended and celebrated in her poem. Was it democracy or an assault on democracy when a mob attacked and ransacked the Capitol on January 6 even as she was still writing her poem? In response, Gorman says

a nation that isn’t broken

The poem itself doubles as a political speech, a move which both enhances the accessibility of the poem and raises the bar for political speeches, many of which would benefit from a dose of poetry. Gesturing towards reconciliation and peace, Gorman echoes and amplifies President Biden’s rhetorical themes:

We lay down our arms

so we can reach out our arms

We seek harm to none and harmony for all

The democratic spirit that animates this poem and this poet is cultivated in public places much more so than in private ones, in the open air of an inaugural platform versus a smoke-filled room or a chummy club. I appreciate the hushed luxury of the libraries in private research universities, but the price of entry, to be a professor or a student, is high. In contrast, the public libraries of Los Angeles, from the magnificent Central Public Library to the many small local ones, bring together broad swathes of the city. From toddlers to retirees, from students to teachers, from the well-heeled to the homeless, all can be found in these libraries, paid for by our taxes and free for all.

Benjamin Franklin opened the first lending library in 1731, the predecessor to the free public library. He was not fond of immigrants, Asians, Black people, or indeed certain categories of Europeans now considered white, like Spaniards and Italians. But the library he founded has expanded beyond his own prejudices, his ideas transcending his limitations. Now, nearly three centuries later, American libraries can include

girl descended from slaves and raised by a single mother

As well as myself, a refugee from Vietnam, or, in Franklin’s words, a “tawny” person coming to an America that would be better off “excluding Blacks and Tawneys.” “I am partial to the Complexion of my Country,” Franklin wrote, “for such Kind of Partiality is natural to Mankind.”

If this is natural, is there also a countervailing natural impulse in us, as people and as Americans, to expand into impartiality rather than stay stuck in partiality? Should we not seek to cultivate such an impulse? This embrace of expansiveness against the confinement of prejudice is Gorman’s project:

country, our people diverse and beautiful, will emerge battered

The public spaces of our country are too often battered and beautiful, underfunded and overused. And yet they manage to bring forth talent like Gorman, who went to Harvard and whose admission must have been boosted by being a poet laureate. We must get beyond the easy idea that it is only the STEM students and the “practical” majors who will help our society and advance our country. What is more practical than poetry, which can illuminate the feelings we all share, the beauty we all need, the grief we all experience? Support poetry and support the places where poetry grows best, which is where poetry is free, as in libraries.

This is the greatness of our unfinished country, and we can only hope that what the poet says is true, that “while democracy can be periodically delayed, it can never be permanently defeated.” As we start a new political era in this country, let us not neglect the tools that we already have to defend democracy: free books, affordable education, and the love of beauty that is found in anyone who has ever been thrilled by a rhyme and moved by a verse. All these things open our minds and our hearts, which inevitably opens us to others. Some fear and some embrace this, one of the most fundamental challenges of democracy, which is learning to live and share with others who are not like us. 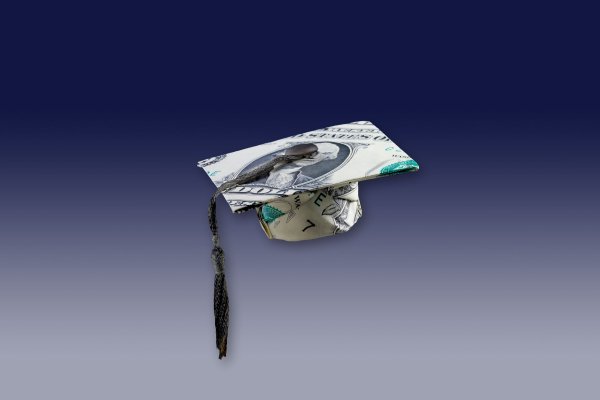 How to Find an Affordable College
Next Up: Editor's Pick