Saudi Activist Loujain al Hathloul is Out of Jail. But Justice Remains a Distant Hope

This picture taken February 10, 2021 in Saudi Arabia's capital Riyadh shows a woman viewing a tweet posted by the sister of Saudi activist Loujain al-Hathloul, Lina, showing a screenshot of them having a video call following Hathloul's release after nearly three years in detention.
Fayez Nureldine—AFP/Getty Images
By Joseph Hincks

The Hathloul sisters celebrated the news the way so many have shared momentous events this past year: via smartphone. On Wednesday evening, Lina al-Hathloul posted a screengrab of a video call she had just ended with her sister, women’s rights activist Loujain al-Hathloul, whose face beamed back across the six-inch display from Saudi Arabia. Above it, a simple caption: “Loujain is home!!!!!!”

The image, posted to Twitter, was the first of Loujain al-Hathloul publicly shared in more than three years. The 31-year-old was released from prison in Riyadh on Wednesday after more than 1,000 days in various institutions, including months held incommunicado. “This is the best day of my life,” another sister, Alia al-Hathloul, wrote in a separate Twitter post. But the activist’s future — and that of many others like her — remains uncertain.

Loujain al-Hathloul was detained with several other women’s rights defenders in May 2018, on vague charges that included contacts with organizations hostile to Saudi Arabia. Weeks later Crown Prince Mohammed bin Salman lifted Saudi Arabia’s decades-long ban on women driving, a prohibition against which Hathloul had campaigned. More reforms would come, including a loosening of the tangle of laws known as the Guardianship system, which treated women as legal minors. But Hathloul’s imprisonment—like the detention of hundreds of political rivals and business figures at Riyadh’s Ritz Carlton and the murder of journalist Jamal Khashoggi before it—served as a stark reminder that change in the Kingdom would come only on the terms of the Crown Prince.

Hathloul did not give in to pressure. In an interview with TIME last year, Lina al-Hathloul said that Saudi authorities had offered her sister release in return for publicly stating that she had not been subject to torture while in prison. In jail, she alleges, Hathloul was subject to electro-shock, waterboarding, and sexual abuse. Saudi Arabia’s Commission on Human Rights did not respond to TIME’s request for comment at the time, but on Tuesday an appeals court rejected the allegations that Hathloul was tortured. Human rights groups have called for urgent independent investigations into reports of torture and sexual abuse of activists in Saudi jails.

Neither is Hathloul free. Her sister Lina, who is based in Belgium, had days before warned that Loujain’s expected release from prison would not be the end of her treatment. She will be subject to various restrictions including a lengthy travel ban, and continues to serve a suspended sentence—with the threat of jail looming should Hathloul break the terms of her probation. “Travel bans are widely used by this Saudi government to control furloughed prisoners and their families,” says Kristin Diwan, a senior resident scholar at The Arab Gulf States Institute in Washington. “It is practically a tool of governance.”

‘The right thing to do’

Hathloul’s release comes amid fresh pressure on Saudi Arabia over its human rights record. On the campaign trail, President Joe Biden had promised to “reassess” its relationship with Saudi Arabia and said he would “defend the right of activists, political dissidents, and journalists around the world to speak their minds freely without fear of persecution and violence.”

That signaled a marked departure from the approach of former President Trump, who boasted to veteran journalist Bob Woodward that he had “saved” bin Salman’s “ass” over the murder of Jamal Khashoggi. In a speech at the Pentagon on Wednesday, Biden welcomed news of al-Hathloul’s release, calling her a “powerful advocate for women’s rights” and saying it was “the right thing to do.”

In a conference call with media Thursday, Hathloul’s sister Alia suggested the change of administration had played a part in the timing of her release. “Of course, Saudi Arabia’s situation is tightly connected to what’s going on in the U.S. It is a fact that Loujain was imprisoned during the previous administration and it was really hard to get anything. And it is a fact that she was released a few weeks [after Biden took office]”

Last week, Biden had announced that he would end support for Saudi Arabia’s offensive operations in Yemen. But experts say it remains unclear how tough a line the President will ultimately take with one of the U.S.’s longest-standing regional allies.

Cabinet picks like Secretary of State Antony Blinken and National Security Adviser Jake Sullivan have made strong statements on the need to change the relationship with Saudi Arabia, “but at the next level down, there have been appointments that suggest the opposite,” says Stephen McInerney, executive director of the non-partisan Project on Middle East Democracy (POMED). He cited the White House Coordinator for the Middle East and North Africa Brett McGurk, senior director for the Middle East and North Africa affairs on the National Security Council Barbara Leaf, and deputy assistant secretary for Arabian Peninsula Affairs Daniel Benaim as “people who don’t seem inclined to take as tough a position with Saudi Arabia.”

Though the Biden Administration has made no public statements to this effect, McInerney adds, there are some concerns the U.S. could let the Kingdom’s domestic issues slide in return for co-operation on big-ticket foreign policy issues like Iran and Yemen.

The relatives of other political detainees in Saudi Arabia are paying close attention. Saudi-Canadian human rights activist Ensaf Haidar, who is married to detained writer Raif Badawi, said Hathloul’s release had inspired hope for the release of “champions of progress in the Kingdom who remain in prison, including Samar Badawi, who also campaigned for Saudi women’s rights to drive, her brother Raif Badawi, and their lawyer Waleed Abulkhair.” Badawi was sentenced to 10 years imprisonment in 2014 and 1000 lashes on charges related to content on a blog he founded.

More reforms on the way

It is not only the status of some political detainees in the Kingdom that is beginning to shift. On Monday, bin Salman announced sweeping changes to Saudi Arabia’s judicial system, which currently affords judges an enormous leeway to independently decide sentences.

Authorities are working on the new codifications, which are partly aimed partly at curbing the sort of unpredictability that is anathema to business. Expected to be implemented before the end of the year, they come at a moment when Saudi Arabia is redoubling efforts to attract foreign investment. In January, bin Salman fronted a slick new video campaign for his smart city project NEOM, the centerpiece of a bid to wean the Kingdom from its near-total dependence on oil revenues. Experts have deemed the project impractical, and various human rights groups have raised concerns about the expropriation of tribal lands in the region.

In a statement published in the official Saudi Press Agency, bin Salman said the reforms “will contribute to the predictability of rulings” and “limit individualism in issuing verdicts.” He added that some would particularly benefit women.

They might, says the Arab States Institute’s Diwan, through decisions such as raising the legal age of marriage to 18. But there are some risks to codifying family law as well and much depends on how the reforms are implemented. “Systematic changes will limit the discretion of clerics, not the ruling family,” Diwan says, “in that sense, the judicial reforms should be seen as part of the larger trend of curtailing the religious establishment.”

In July 2019, American human rights researcher Bethany Alhaidari was on the receiving end of a decision taken by members of that establishment. In a custody hearing after she had sought a divorce from her Saudi Arabian husband, judges pored over social media photographs of her wearing a bikini and determined that her Western values made her unfit to parent, she told TIME last year. The courts awarded custody of the pair’s then four-year-old daughter Zaina to her husband’s mother.

The only way to see Zaina, al-Haidari says, was to pretend to reconcile with her husband. They lived together for three months until he gave al-Haidari permission to visit her family in the U.S. with Zaina, where they have remained since. On Feb. 8, a Washington court ruled against enforcing the Saudi custody order that would have forced al-Haidari and her daughter to return to the Kingdom where, the court noted last year, al-Haidari would be “subject to imprisonment and possibly death.”

Al-Haidari, who is also an Islamic law scholar, tells TIME that she is skeptical that the proposed reforms will offer genuine protection for women in Saudi Arabia’s courts. In an absolute theocratic monarchy, she says “the judiciary can only be political and therefore is absolutely not independent, fair or impartial.”

“Unless these reforms include representation and free expression of the people in Saudi Arabia, they will be as empty as all of the other codification processes before them.” 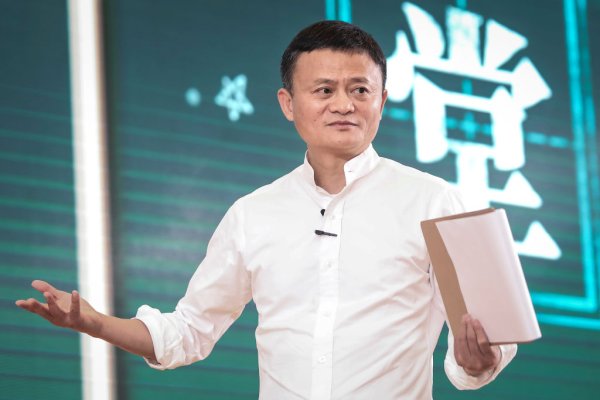