Joe Biden, in his first conversation as president with the Chinese leader Xi Jinping, spoke of his concern about China’s “coercive and unfair economic practices” as well as human rights abuses in the Xinjiang region, according to a White House account of their telephone call.

Biden also expressed misgivings about the country’s growing restrictions on political freedoms in Hong Kong and “increasingly assertive actions in the region, including toward Taiwan,” in the call, which took place Thursday morning Beijing time.

Biden, who wished Xi a happy Lunar New Year, was “committed to pursuing practical, results-oriented engagements when it advances the interests of the American people and those of our allies,” the White House said.

The two presidents, according to the readout of the call, “exchanged views on countering the Covid-19 pandemic, and the shared challenges of global health security, climate change, and preventing weapons proliferation.”

China’s official state news agency Xinhua, meanwhile, cited Xi as saying China and the U.S. should re-establish mechanisms for dialogue so that there would be an accurate understanding of each other’s policy intentions and to avoid misunderstanding and miscalculation.

The Xinhua report said foreign affairs officials from both sides may deepen communication on bilateral relations and major international and regional matters. More contact may be carried out among economic, financial, law enforcement and military bodies, Xinhua said. But it also repeated that Taiwan, Hong Kong and Xinjiang issues were China’s domestic affairs, and said the U.S. should respect China’s core interests and act with caution.

Biden, in a tweet, said he had told Xi “I will work with China when it benefits the American people.”

The Biden administration will engage with partners in Asia and Europe — though not out of nostalgia, one administration official insisted before the call, but to develop a joint strategy on restricting sensitive high-tech exports and Chinese investment in critical industries.

A crucial part of the Biden China strategy would involve public investments in American enterprise and innovation to foster U.S. competitiveness. Announcements on those commitments are expected in the coming weeks and months, the official said.

Biden has criticized former President Donald Trump for failing to strengthen U.S. economic muscle and making China policy on the fly. The official acknowledged that it would likely take years for the strategy to play out, so the focus is on making it sustainable.

The Biden team is reviewing actions put in place by the Trump administration, including its imposition of tariffs on more than $350 billion in Chinese goods. While that review continues, the existing tariffs remain in place until decisions have been made on what adjustments to make, the official said.

The new administration plans to be very careful in its initial interactions with the Chinese, but has made its priorities clear through multiple avenues, including a meeting between Chinese ambassador Cui Tiankai and Kurt Campbell, Indo-Pacific coordinator at the National Security Council, according to a second official.

Campbell has also engaged with all allies in the region, most of whom share the U.S.’s concerns on China’s economic and military practices, the official added.

The White House is planning to consult with Congress and allies to work through sources of leverage as it’s crafting a sharper, more effective trade strategy. Key Cabinet members involved in the review, including the U.S. Trade Representative and commerce secretary, have yet to be confirmed.

The call was arranged after Biden had spoken with numerous other counterparts around the world, including European and Asian allies and even Russian President Vladimir Putin.

While the U.S. president entered the conversation with no illusions, according to an official, he also wants to ensure an open line of communication with Xi and his government. That applies to the entirety of the U.S. government in order to resolve issues on various levels, the official said.

Xi and Biden have pledged to find common ground where they can, including on topics such as climate change. Yet Biden and his team have been clear that they intend to maintain the Trump administration’s more adversarial approach to China, with Secretary of State Antony Blinken saying in his confirmation hearing that China “poses the most significant challenge of any nation state to the United States.”

In a visit to the Pentagon on Wednesday, Biden said he had directed Defense Secretary Lloyd Austin to establish a task force to review national security policy with respect to China.

U.S.-China tensions weren’t eased during a recent call between Blinken and top Chinese diplomat Yang Jiechi, according to two people familiar with the matter. Chinese officials objected to what they said was an overly negative tone to the American summary of the call, while Blinken’s team felt China’s readout put words in the secretary of state’s mouth over the “One China” policy regarding Taiwan.

China has generally approached the U.S. cautiously since Biden’s election and Trump’s unprecedented campaign to challenge the result. While Xi sent Biden a congratulatory message in late November, he hasn’t spoken with a sitting U.S. president since last March.

Soon after that last call, Washington and Beijing launched into a series of disputes that saw their relationship sink to its lowest point since the height of the Cold War. In recent months, the two nations have traded sanctions, expelled journalists, closed each other’s consulates and clashed over everything from Taiwan to the origins of the coronavirus.

Biden has met Xi repeatedly over the years, including as vice president, and until recently touted what he said was his friendship with the Chinese leader. He gave a harsher assessment on the campaign trail last year, calling Xi a “thug” who “doesn’t have a democratic — with-a-small-‘d’ — bone in his body.”

China failed to meet its 2020 trade targets under the Trump administration’s “phase one” agreement, buying just under 60% of the $172 billion worth of goods it said it would purchase.

The status of the democratically run island of Taiwan, which Beijing considers part of its territory, has also re-emerged as one of the biggest flash points between the two sides. Trump oversaw a dramatic expansion of ties with Taipei, including a visit by then-Health and Human Services Secretary Alex Azar last August.

Chinese leaders usually seek to get their American counterparts to reaffirm the country’s commitment to the One China policy. Trump recommitted to upholding the policy, which recognizes the People’s Republic as the sole legal government of China, during his first call with Xi in 2017, and State Department spokesman Ned Price said at another briefing that the Biden administration won’t change that position.

–With assistance from Natalie Lung. 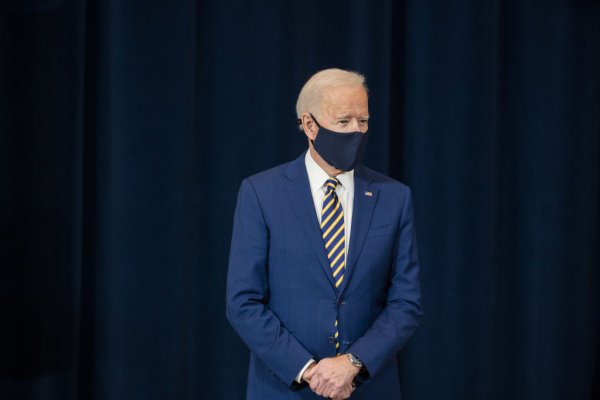