Fighting With a Family Member Over Politics? Try These 4 Steps

“We’re kind of a peace-loving family,” says Houston neurologist Dr. Steve Croft of his clan of five, including his wife, two sons and a daughter. Or at least they were until some time in 2018, when Croft began posting messages supportive of then President Donald Trump on his Facebook and Twitter, which had to up to that point mostly been focused on the issues around running a private medical practice.

His children told him to knock it off, that he was embarrassing them. “He was re-sharing sensationalized, divisive articles and statements that in my view were authored with heavy bias to drive division—or page views—rather than a productive conversation,” says his son, Joel Croft, a management consultant with Deloitte. When Dr. Croft, who claims he never shared anything outrageous, tried to explain why he supported Trump, the ferocity of the backlash alarmed him. “We’d never had a reason to discuss politics,” he says. “And so it did come as kind of a surprise, the intensity of their reaction.”

He’s not alone. Figures from Pew Research suggest that 85% of American voters felt largely misunderstood by voters from the other side. An increasing number of parents say they would be upset if their child married someone from a different political party. So emotional are the issues that some therapists advise that you simply avoid talking politics with people you love altogether.

But for many families, that’s not much of a solution. While Donald Trump is no longer in office, the divisions his presidency sowed are still growing and fracturing relationships. So it was that early in December, Steve Croft found himself sitting in on a seminar about dealing with the political divide within families. The two-hour online meeting was hosted by Braver Angels, an organization which sprang up after the 2016 presidential election to try to use family and marital therapeutic communication techniques to help folks on what the organization calls the red and blue sides of the fence to talk to teach other. Mostly it hosts seminars and discussion groups, but in 2020 it began to offer family-specific training sessions. The organization has grown 30% in the last four months and now has chapters in all 50 states. Croft, who calls himself an independent and voted for former President Barack Obama, had attended several of the group’s other meetings but still had issues within his family.

Read more: ‘It Makes Me Sick With Grief’: Trump’s Presidency Divided Families. What Happens to Them Now?

Braver Angels has a kind of categorization system for the way different personality types treat political discussion. There’s the peacekeeper, who tries to avoid any hint of conflict and will shut down discussion at the earliest opportunity; the sniper, who takes political potshots from the sides and then retreats; the gladiator, who attacks everyone who disagrees with him or her; the defender, who mischaracterizes the stated position of another person to gain advantage; the bystander, who opts out of all discussion; and finally, the engager, who tries to have a substantive conversation about the disagreement. (Croft says he’s trying to be an engager, while his wife is more of a peacekeeper.)

Most of the techniques are directed toward gladiators and are well-known among anybody familiar with conflict management. That doesn’t mean they’re easy. Seth Freeman, who teaches conflict management at Columbia University, notes that even before engaging in a conversation with a vituperative relative, everyone has to swallow a bitter pill, which is especially difficult for those who think data will save the day: forget facts. “Facts are actually a trap,” says Freeman. “They’re not a gateway. You want to as much as possible to avoid arguing facts.”

Instead, argument experts say, build an understanding between you and your political opposite by following a several-step process. The steps are remarkably similar but have different naming techniques to help people remember them: Freeman calls them the Three Ps, and Braver Angels calls CAPP.

Step One: Clarify (or Paraphrase). Chances are you’re not as good a listener as you think you are, especially in the midst of a heated discussion of important issues. But it’s crucial that two people who are arguing really understand where their differences lie. So when a loved one brings up an opinion you find repugnant, the best way to make sure you’re actually hearing right is to paraphrase what you think he or she is saying and sum it up so accurately that, as Freeman says, “They say, ‘Exactly. You said it better than I could.'” This will require you to be much more curious than furious. Do not fall into the old political trap of shading what the person says to make it seem preposterous or evil. That would make you a defender.

Read more:‘We’ve Built the Most Toxic Marriage Ever’: Why Political Opposites in the U.S. Despise Each Other

Step Two: Agree (or Praise). Try to find some common ground. This may be a very small patch of earth, and that’s O.K. Does your family member think the election was stolen? Acknowledge that it was an unusual year. Does she think all Republicans are racist? Acknowledge that some GOP lawmakers have behaved regrettably. When you’re really stuck, fall back on the “I agree this is a difficult issue” response, or find something else to endorse about the relative. “It’s usually not their conclusion,” says Freeman. “Maybe it’s a value. Maybe it’s a common goal. Maybe it’s just ‘I know you to be this wonderful loving person.'”

Step Three: Pivot. Once you’ve established that you’ve heard your loved one, and acknowledged your shared humanity, you can see if they’re willing to hear you. The Braver Angels team calls this pivoting, and it involves indicating that you are about to offer a different perspective. Croft and his co-participants were told to ensure that the person they were disagreeing with really did want to hear what they wanted to say. Otherwise, the next step is pointless. (If they didn’t, that’s a nice easy exit off-ramp to the discussion. Change the subject, go refresh your drink—or if you’re in a virtual meeting, excuse yourself for household duties or “technical issues.”)

Step Four: Offer Perspective. Facts have no feelings; they’re easy to dismiss. Personal stories or experiences are a whole different ballgame. People who are related or love each other are much less likely to scoff at those. That’s why those who run these courses encourage people to offer their perspectives from a very subjective point of view. This is not a “Well, I’ve worked a lot more with immigrants than you have…” type of experience either. It’s more how a certain issue has affected you personally, like “My business was going backward with all those regulations” or “I am stuck in a job I hate because I have no other health care options.” That way people can see that they are not just arguing about how vile any given politician is. They will also be reminded that people have deeply felt reasons for the way they think.

Step Four B: Probe. An alternate route is to not offer any of your views at all, but simply ask questions about those of your relative’s views that trouble you and explain why. Again, not “Why do you believe something that only Nazis/socialists believe?” This is not going to be a fruitful line of inquiry. Your questions need to come from a place of humility. “Is there any gun legislation with which you would be comfortable?” might be one of those. “What do you think is the role of national borders?” might be another. “The surprise here is that you’re not trying to change somebody’s mind,” says Freeman. “You’re trying to touch somebody’s heart.” That in the end is how you win, not by proving your point, but by opening up the conversation. The victory is sustaining the relationship, because that’s the only way progress happens. “The booby prize here is argument,” says Freeman, who adds that reaching people’s emotions also turns out to be one of the best ways to begin to change their minds.

Steve Croft tried to use some of the techniques he’d learned with his son, who usually lives in D.C. but is staying with his parents during the pandemic. One day, while walking the dog, Joel weighed in on the parlous state of the federal minimum wage. The elder Croft worried that paying $15 an hour would put people out of business and drive up unemployment. The younger Croft pointed out that since the minimum wage had not been increased for more than a decade, he worried many people were simply not earning enough to live. That spoke to his dad. “If someone is working full-time and they’re not able to support themselves, something’s wrong,” says Steve. The pair still have their differences; immigration and climate change, to name two. But Croft was pleased with how the techniques kept that conversation on an even keel. “I wouldn’t have tried this otherwise,” he says, “because I know it would not have ended well.” 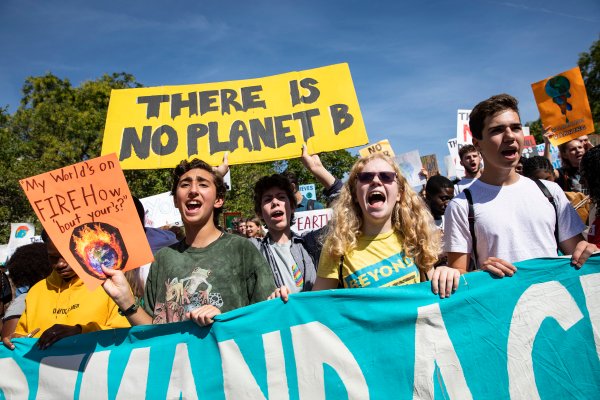