Malcolm & Marie looks fantastic, a black-and-white retro-mod reverie as cushiony as an Eames lounge chair. It features terrific actors—Zendaya and John David Washington—who also happen to be movie-star gorgeous. And one scene, set to one of the most romantic pieces of music ever performed, the Duke Ellington and John Coltrane version of Ellington’s “In a Sentimental Mood,” radiates a sensual elegance that’s rare in movies today. How could a picture with so much going for it go so terribly wrong?

Written and directed by Sam Levinson (creator of the teen-drama series Euphoria), Malcolm & Marie, streaming on Netflix, takes place over a few nighttime hours as an arrogant but perhaps talented filmmaker, Malcolm (Washington), fields the half-unruly, half-justified anger of his girlfriend, Marie (Zendaya), as he waits for the reviews to roll in following the premiere of his latest chef-d’oeuvre. As soon as the two set foot in their spare, hip (rented) Malibu house, you know there’s trouble in paradise. Malcolm, still high on the evening’s festivities, is prattling on about his prodigious talent and complaining about critics who twist themselves in knots to see racial politics in every movie he makes. (He spends much of his fuming energy on a “white girl” critic at the Los Angeles Times.) Meanwhile, Marie drifts to the stove like an exquisite zombie—she’s still draped in the slinky liquid column of a dress she wore to the premiere, though she’s kicked off her heels—and starts to cook up some mac and cheese. Before she opens her mouth, you see the storm brewing behind her eyes. She’s about to let Malcolm have it—beginning with her charge that he failed to thank her in a speech he gave earlier in the evening—and most of it won’t be pretty.

The first third of Malcolm & Marie has some wit and verve, and style to spare. It also flirts with some potent questions of how we consume and interpret culture. (Malcolm wonders aloud why he’s always compared with other Black filmmakers, like Spike Lee and Barry Jenkins, but never with the likes of one of his idols, William Wyler.) And that wondrously erotic love scene—the one in which Ellington and Coltrane sprinkle stardust all around—happens early on: Malcolm and Marie, having temporarily patched things up, entwine on the couch, enraptured with one another, turned on by the energy of their conversation more than anything.

But that bliss is short lived. The heart of Marie’s complaint is that Malcolm has stolen her own story for his movie—she’s a recovering drug addict and has struggled with mental-health issues. Levinson has ripped quite a few rock ’em-sock ’em pages from the John Cassavetes tradition, as well as Who’s Afraid of Virginia Woolf? But if the couple’s fighting is amusing at times, it’s mostly lacerating and circular in a way that courts boredom rather than sympathy or any other deep, honest response. As Marie, Zendaya is saddled with the tedious role of the brainy knockout who’s also “difficult”—yet men can’t resist her! Somehow, though, Zendaya still dazzles, working wonders even with the movie’s exhausting, spiraling dialogue. As she surveys the prattling Malcolm through her half-lowered mermaid lids, her storm-cloud mood seems perfectly reasonable. She’s speaking a subterranean truth that the movie just can’t get to with words. 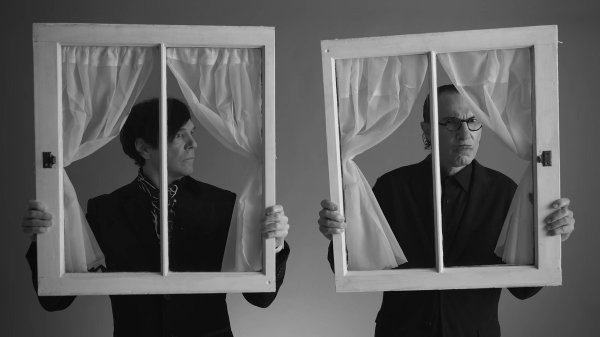 The Sparks Brothers, a Sundance Delight, Tells the Grand Story of This Enduringly Enigmatic Art-Pop Duo
Next Up: Editor's Pick