President Joe Biden took initial steps on Thursday aimed at helping more people get health insurance and reversing some of the Trump Administration’s health policies—but the path to accomplishing these goals won’t be easy.

Some of the new president’s actions can take effect right away. Biden’s first executive order on Thursday will reopen enrollment on HealthCare.gov, the federal health insurance marketplace that serves 36 states, for 90 days starting Feb. 15. Normally, open enrollment takes place for a short period of time near the end of each year. This additional window will allow more people time to sign up as the coronavirus pandemic continues to rage across the country.

“Reliable and affordable access to health insurance doesn’t just benefit families’ health; it is a critical source of economic security and peace of mind for all,” the White House said in its fact sheet on the order.

About 15 million Americans do not have insurance and would be eligible for marketplace coverage, according to a new analysis from the Kaiser Family Foundation. That includes four million who would qualify for free plans and another nearly five million who would get partially subsidized plans under the ACA.

“The fact that so many people could get free or very low cost coverage, but stayed uninsured through the worst pandemic our country has seen in 100 years, suggests that many of them are just not aware of the financial help that’s available to them,” says Cynthia Cox, vice president of KFF.

But people who have remained uninsured are typically hard to reach, Cox adds. Studies have also shown they don’t always sign up for coverage even when there is a special enrollment period happening. That means the Biden Administration will need to put more effort into reaching out and encouraging people to get covered after the Trump Administration cut back on those programs over the last four years, Cox says.

Other moves the Trump Administration made on health care involved technical changes and will require rule-making, official guidance, or hearings to undo. While Biden has instructed federal agencies to review their policies to ensure they are consistent with his aim to “protect and strengthen Medicaid and the ACA,” this could take months—or even years—because agencies must post propose rules, accept public comments and review those before finalizing changes.

The fact that some of the rules Trump made are already involved in ongoing legal battles could put time pressure on Biden’s administration to move more quickly. “All these legal challenges over the Trump Administration policies still exist,” says Katie Keith, a health law professor at Georgetown University. “How quickly [the Biden Administration] gets to certain things is going to be dictated by the courts.”

Medicaid work requirements, which say that poor people must work, volunteer or look for a job to qualify for government health insurance, are a prime example. The Supreme Court is set to hear arguments in a case challenging the federal government’s approval of work requirements in New Hampshire and Arkansas. In Arkansas, the work requirements led to 18,000 people losing health coverage before the rules were suspended.

“We know that those policies matter. When individuals face additional administrative burdens—in terms of paperwork or checking boxes, sending mail back in—we know that all of those things make it more difficult for individuals to obtain and maintain coverage,” says Robin Rudowitz, co-director of Kaiser Family Foundation’s program on Medicaid and the uninsured.

The Biden Administration may try to move quickly to roll back the work requirements, but a dozen other states also received approval for them under Trump and could push back on that change. Attempts to reverse other Trump-era changes, including Georgia’s move to get rid of its health insurance exchange in favor of private brokers and commercial websites, and the approval of the first-ever Medicaid block grant in Tennessee, are also likely to see tough fights from states.

And then there are the other moves that Biden and Democrats will want to make but could be politically delicate. The Trump Administration promoted short-term and association health plans, which do not have to comply with Affordable Care Act rules such as guaranteeing protections for pre-existing conditions or providing essential health benefits. Going after those too aggressively could be seen as taking away coverage that many Americans have now chosen.

In addition to the review of these ACA and Medicaid policies, Biden’s actions on Thursday also directed the Department of Health and Human Services to consider whether to rescind the regulations that Trump added to the Title X family planning rule that ban recipients of federal funds from referring patients to abortion providers.

The wide-ranging review will allow the new Administration to examine many of Trump’s actions, but they will have to balance the unwinding of his policies with new priorities for Biden’s own health agenda. Many health policy priorities that Biden talked about on the campaign trail, such as creating a national public option, more broadly increasing ACA subsidies, lowering the age of Medicare eligibility and covering low-income people in states that have not expanded Medicaid, will still take action from Congress to move ahead. 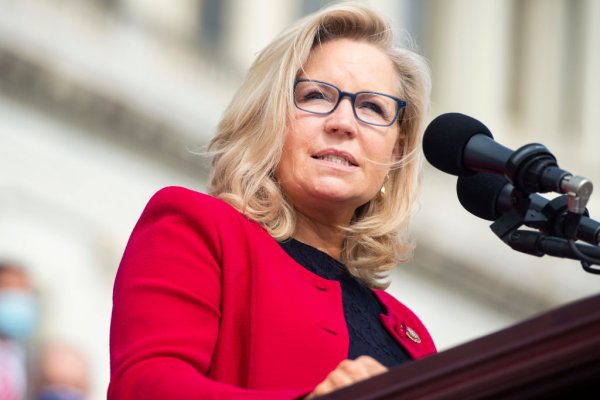 Liz Cheney Under Pressure for Voting to Impeach Trump
Next Up: Editor's Pick