Members of the World Health Organization (WHO) team, including Peter Daszak (C) and Hung Nguyen (L), investigating the origins of the Covid-19 pandemic, board a bus following their arrival at a cordoned-off section in the international arrivals area at the airport in Wuhan on January 14, 2021.
NICOLAS ASFOURI/AFP via Getty Images
By Charlie Campbell / Shanghai

Following many months of wrangling and repeated rebuffs, a World Health Organization (WHO) team touched down in China Thursday to begin an investigation of the origins of the COVID-19 pandemic, which has so far sickened 92 million people around the world, killed almost 2 million, and derailed the global economy.

The team arrived in the central city of Wuhan—where the coronavirus was first identified in December 2019—amid China’s worst resurgence of COVID-19 for almost six months. There were 115 new confirmed cases on Wednesday, most near Beijing.

AP reports that the “global team of researchers” consists of 10 members from the United States, Australia, Germany, Japan, Britain, Russia, the Netherlands, Qatar and Vietnam, and adds they will have to complete two weeks of quarantine like all other other arrivals in China.

Earlier this month, WHO director-general Tedros Adhanom Ghebreyesus expressed “disappointment” that repeated requests for investigators to visit China earlier were declined due to what Beijing claimed were administrative issues. A question mark continues to hang over Chinese officials, whose desire to uncover the truth of the pandemic looks increasingly clouded by political concerns and who may have limited willingness to allow the team to gather its own evidence.

“If that is the case, then there may be very little point actually being physically on the ground,” says Adam Kamradt-Scott, an associate professor specializing in global health security at the University of Sydney. “Any information is going to be highly vetted by Chinese authorities.”

Neither is it clear if the team will be visiting the Wuhan Institute of Virology—the research facility that has been accused, without evidence, of accidentally releasing the virus by some U.S. politicians. The institute does not appear to be mentioned in the fact-finding mission’s terms of reference, but one expert told AP that a “scientific audit” of the institute’s safety protocols would be considered “routine.”

The origins of the pandemic

In an ideal scenario, international investigators would have been dispatched within 24 hours of the outbreak to interview clinicians and patients and to collect samples. In Wuhan, however, the Chinese authorities sanitized the Huanan Seafood Market—where the first cluster of cases was identified—before human-to-human transmission was belatedly confirmed.

One year on, the focus will be on talking to medical staff and clinicians involved in treating patients, parsing medical records, and examining data around the timeline of admissions to determine whether any other cases could retrospectively be identified as COVID-19. Serological testing on frozen blood samples or plasma could also determine how far back coronavirus antibodies were in the human population.

“Ideally, the WHO team should have unfettered access to talk to whoever they identify as being relevant,” says Kamradt-Scott.

Unfortunately, the origins of the pandemic have become highly politicized by both Beijing and Washington, with outgoing U.S. president Donald Trump using terms like “China Virus” and “Kung Flu” to deflect from his own bungling response to the crisis. (On Tuesday, the U.S. suffered a daily record of 4,327 COVID-19 deaths.)

In China, too, officials are scrambling to deflect blame. Universities have been banned from publishing anything that suggests the virus originated in China, according to directives seen by TIME. Some researchers believe the virus may have originated in Asian bats, but according to documents obtained by AP, scientists investigating caves inhabited by bats in southern China have been ordered not to publish any data or research without the approval of top cadres. Journalists who have visited the caves, including those from TIME, have met with official resistance.

State media has also been amplifying and twisting research to suggest that the origins of the virus lie elsewhere. In November 2020, a study by the National Cancer Institute of Milan, which indicated that coronavirus antibodies were present in the Italian population as early as September 2019, was widely promoted by Chinese state media as evidence the outbreak began in Europe.

Read more: Inside the Global Quest to Trace the Origins of COVID-19

“It is enough to prove that the coronavirus did not originate in China!” posted one Weibo user to an article on the study published by state broadcaster CCTV, summing up the belief of many.

However, Gabriella Sozzi, one of the authors of the study, says the research “absolutely does not” suggest the virus emerged outside China. “We do not agree with this manipulation of our work,” she tells TIME.

Sozzi additionally believes the virus was likely circulating asymptomatically in China much earlier than it was in Italy, where some 310,000 Chinese live and work. Wuhan had direct flights with Rome and there are many Chinese firms in the country’s north, which became Italy’s worst affected region.

Earlier coronaviruses tended to jump between animals and humans for some time before evolving the ability to go from human to human. For example, SARS antibodies were found to be present in people in Hong Kong two years before the 2003-4 pandemic that claimed at least 774 lives globally. Scientists say determining how and when the initial leap occurred in the case of SARS-CoV-2 is vital to preventing a recurrence of this disease and mitigating similar outbreaks in the future.

Kamradt-Scott believes it is likely that the virus “had been circulating previously, or at least it had started circulating in a small community somewhere, but we lacked the diagnostic tools to detect it.”

As the WHO team finally begins its mission, the question on many people’s minds is whether or not that “small community” was in China. 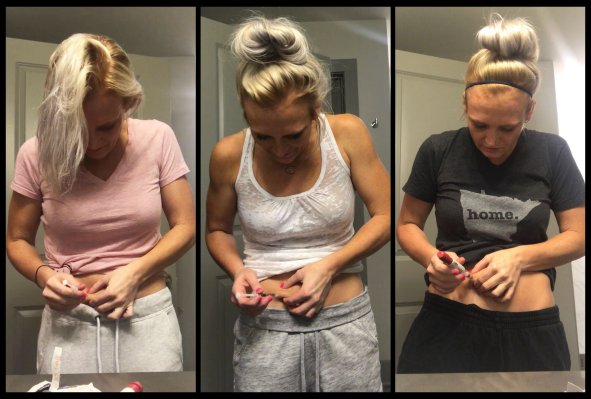 More Women Are Freezing Their Eggs During the Pandemic
Next Up: Editor's Pick