The Twitter timeline of US president Donald Trump is seen on 29 June, 2017, in Bydgoszcz,Poland.
Jaap Arriens—NurPhoto/Getty Images
By Peter Allen Clark

Two days after the deadly insurrection at the U.S. Capitol, Twitter announced on Friday evening that it was permanently suspending President Donald Trump’s account “due to the risk of further incitement of violence.”

In a series of tweets on its @TwitterSafety account, the social media giant said that Trump’s account had continued to violate the rules even after being warned by temporarily locking Trump’s account on Wednesday evening after the insurrection that caused the death of at least six people, either at the Capitol or from injuries sustained there.

“After close review of recent Tweets from the @realDonaldTrump account and the context around them we have permanently suspended the account due to the risk of further incitement of violence,” Twitter said in its announcement. “In the context of horrific events this week, we made it clear on Wednesday that additional violations of the Twitter Rules would potentially result in this very course of action.”

The move comes a day after Facebook CEO Mark Zuckerberg said that Trump’s Facebook and Instagram accounts would be indefinitely suspended at least through President-elect Joe Biden’s inauguration on Jan. 20, because “the risks of allowing the President to continue to use our service during this period are simply too great.”

During the chaotic and violent events on Capitol Hill Wednesday, when a pro-Trump mob broke into the U.S. Capitol building to disrupt the certification of the Electoral College vote, Trump tweeted out a short video telling the occupying group to go home and that they were “loved” and “special.”

In the short video, Trump continued to spread misinformation about the presidential election, saying again that it was rigged and stolen. Shortly afterwards, he tweeted out a similar message in text. “These are the things and events that happen when a sacred landslide election victory is so unceremoniously & viciously stripped away from great patriots who have been badly & unfairly treated for so long,” the President tweeted on Wednesday afternoon. “Go home with love & in peace. Remember this day forever!”

At first, Twitter reacted by locking down both messages, so that they could not be liked, retweeted or replied to, before ultimately suspending the account for 12 hours. On Friday, after the suspension was lifted, Trump only tweeted twice. The first was to praise those who voted for him, saying that they “will have a GIANT VOICE long into the future. They will not be disrespected or treated unfairly in any way, shape or form!!!” His last tweet, at least from this suspended account, was an announcement that he would not attend Biden’s inauguration.

From the cryptic “Covfefe” to caps-lock declarations of “WITCH HUNT,” in many ways Twitter has defined his presidency. To his more than 88 million followers, he wielded it like a policy wishlist, a cudgel to publicly scorn his enemies or fire members of his Administration and his preferred way to offer political endorsements.

Especially over the past year, both Trump’s usage of Twitter and his criticism of the company has increased. During 2020 and in the run up to the election, he would tweet and retweet sometimes 200 tweets a day. In May 2020, Trump tweeted a baseless allegation that the use of mail in ballots in elections would be “substantially fraudulent” and, for the first time, Twitter flagged it as an “unsubstantiated claim.” As the President continued to spread misinformation about elections and the COVID-19 pandemic, Twitter continued to crack down on his tweets, with escalated warnings.

Trump and other prominent Republicans said they viewed Twitter’s moves as censorship, and have called for the repeal of Section 230, part of an Internet legislative act passed in 1996 which would change the rules by which litigation could be brought against social media companies. Trump’s own interest in repealing this sliver of the law was so great that last month he vetoed a bi-partisan defense spending bill for not including language that would defend him against his perceived censorship. Congress has since overrode his veto.

Though the President’s use of social media brought initial confusion over whether the statements were to be regarded as official statements from the White House, the weight of his tweets were understood shortly after his inauguration. Trump’s first Press Secretary Sean Spicer said in the spring of 2017 that he considered the President’s tweets to be official statements from the White House. Multiple judges in the first year of Trump’s presidency concurred. The official stature of Trump’s Twitter account was decided by a federal appeals court in 2019, when a unanimous panel declared that the President violated the Constitution by blocking people on the social media site, as it in effect kept U.S. citizens from official public statements. 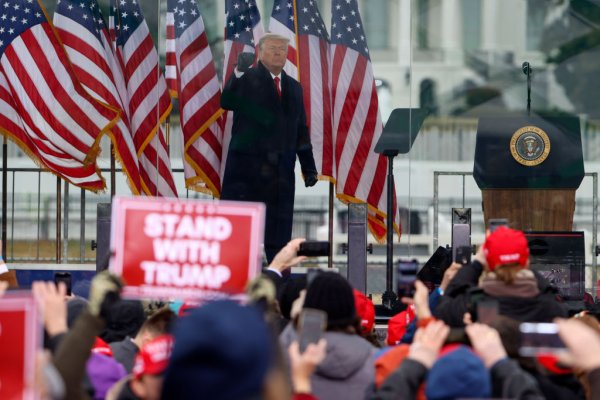