We Must Impeach Donald Trump Again

If there was any doubt at all, let’s end it today. Words have meaning. When a president tells his followers that the fate of the nation is at stake in a presidential election, millions will believe him. When that same president lies repeatedly and tells the public that this momentous election was “stolen,” millions will believe him. And when that same president encourages protesters to descend upon Washington, tens of thousands will heed his call.

When the president’s lies are amplified and repeated by a populist conservative media establishment that reaps millions in profits by fanning the flames of grievance, anger builds. And then, when members of that same media (supported by frightened and sycophantic politicians) uphold the president as a “great man,” perhaps even blessed with a special divine mission to “save the nation,” a cult of personality forms.

And so, in one sense, the scenes in the nation’s capital should not shock us. There is nothing about the United States that makes its people immune from misinformation and demagoguery. Our constitutional system creates barriers against abuses of power and firewalls against tyranny, but it does not protect the people from lies. It cannot guarantee that the marketplace of ideas will not be polluted by hate. And it certainly does not protect the people from the consequences of choosing a low-character man to lead the nation.

Donald Trump sowed the seeds for the riot of January 6th from the moment he entered the race in 2015, when he made it plain that he welcomed violence to silence protesters at his rallies, when he broadcast that any election defeat – even then – would not be legitimate. He kept sowing when he refused to promise that he’d support the peaceful transition of power. He sowed the seeds when he famously told the Proud Boys – a far-right street militia – to “stand back and stand by.” And he sowed still more when he raged, day by day, that he’d suffered a great injustice on November 3rd.

And now, as the nation’s capital reaps what he sowed, he can’t stop stoking the flames. In a video message ostensibly designed to quell the violence, he repeated his election lies. And he told members of the insurrection, “I know how you feel.” He told the rioters, “We love you.”

The American system is under great strain – greater strain than I’ve ever seen in my entire adult life. But the system is strong. It contains the means of dealing with a deranged president. Even now, mere days before the still-certain inauguration of Joe Biden, the House can impeach Trump. The Senate can convict Trump. Together they can banish Trump from public office.

In addition, Article I, Section 5, Clause 2 of the Constitution grants each house of Congress the ability to expel a member on a 2/3 vote. The House and Senate should give those members who objected to the counting of the electoral votes – and who stoked the fear and paranoia of the mob – an opportunity to withdraw their baseless objections. If they refuse, they should be expelled.

There is a deep sickness in the United States of America. Trump is not its sole cause, but he and his devoted allies are making that sickness worse. There is a long road to a cure, but it can begin by purging a seditious president from the Oval Office, removing seditious members from Congress, and firmly declaring to a nation that is reeling from the shock of the worst breach of Capitol security since British Regulars burned it to a husk in the War of 1812 that this republic has the will to defend itself from hate, from the mob, and from the man who would rather destroy a nation than lose his throne. 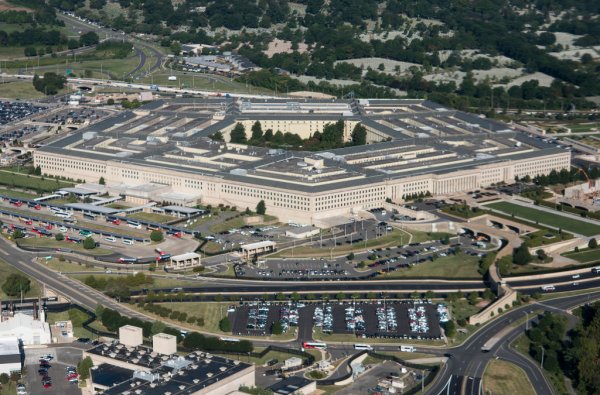 The Defense Secretaries Warning to America
Next Up: Editor's Pick