An air of inevitability surrounded the announcement, way back in the summer of 2019, that Ted Danson had signed on to star in an NBC sitcom co-created by Tina Fey. Both were beloved fixtures of the comedy landscape, and both had done their best TV work (Cheers and The Good Place for him, 30 Rock and SNL for her) for the broadcaster. It made a certain kind of sense to see them united on that same network. At the same time, it wasn’t clear whether their sensibilities would mesh well. While jaunty affability is Danson’s trademark, Fey is a withering social critic whose deeply pessimistic outlook on race, gender and other social-justice issues has been known to incite controversy.

Happily, the long-awaited result of their collaboration—Mr. Mayor, premiering Thursday, Jan. 7—feels less like a clash of styles than a case of opposites attracting. The political farce casts Danson as a retired businessman who charms his way through a special election to become the mayor of Los Angeles. And while the two episodes I previewed aren’t stellar (comedy pilots rarely are), they do offer a rare glimpse of hope for the endangered species that is the network sitcom.

Although they conceived the show before COVID hit, Fey and her regular creative partner Robert Carlock clearly did some rewriting once American cities went into lockdown. Mr. Mayor opens in a post-pandemic L.A., where widowed father, billboard magnate and political novice Neil Bremer (Danson) has been swept into office following the last mayor’s 2020-induced nervous breakdown. He doesn’t have much in the way of a policy agenda; mostly, he’s there to impress his teenage daughter, Orly (Kyla Kenedy), who happens to be running for class president at her all-girls private school. Flanked by a pair of savvy millennials—chief of staff Mikaela (Crazy Ex-Girlfriend standout Vella Lovell) and chief strategist Tommy (Mike Cabellon)—along with an awkward “interim” director of communications inherited from the previous administration (SNL alum Bobby Moynihan), Neil tries to win his constituents’ goodwill by beginning his term with an environmentally friendly plastic-straw ban. Instead, the half-baked plan draws the ire of longtime councilwoman Arpi Meskimen (the wonderful Holly Hunter), a crunchy crusader embittered by her unsuccessful attempt at getting her own name on the mayoral ballot. So Neil appoints Arpi deputy mayor, exploiting her ambition to muffle a voice of dissent and free himself from the burden of actually governing.

Mr. Mayor is, in many ways, a typical Fey-Carlock joint. The velocity with which these creators deliver cultural references could make you dizzy, the jokes-per-minute rate approaches double digits and tart social commentary abounds. Such relentless quipping will always yield some clunkers (surely the pilot could’ve done without an extended explanation of why Moynihan’s character is a 40-year-old white guy named Jayden), but the show maintains a swift pace that makes most of its competition feel slow-witted and inert by comparison (see: Fox’s dire new Mayim Bialik vehicle, Call Me Kat). A sense of place is paramount, though after years of mining New York’s quirks, the L.A. setting brings fresh possibilities. And if Fey’s tiresome obsession with needling the politically correct remains evident in a few unimaginative cracks about appropriation and cancel culture, at least there’s less of that stuff here than you might expect.

The show may, in fact, turn out to be her and Carlock’s least misanthropic comedy to date. Danson’s charismatic performance is certainly part of it; the actor who’s spent his career making lotharios and literal demons lovable has no trouble humanizing a rich dilettante who resembles Mike Bloomberg more than Donald Trump. (Thanks, perhaps, to the timing of the 2020 election, the latter businessman turned politician doesn’t appear to be much of a presence in Mr. Mayor. So that’s a relief.) A story line that has Neil ingesting a surprisingly potent weed gummy at the opening of “L.A.’s 10,000th dispensary,” in anticipation of a day packed with boring public appearances, could easily have felt hacky. In Danson’s hands, it is adorable.

His co-stars are smartly cast and written, too. Hunter, a world-class actor who racked up awards in the ‘90s, is in the midst of a career renaissance driven by lived-in performances in dramedies from The Big Sick to Succession. Mr. Mayor gives her the chance to go all-in on comedy, and she nails it. Her prickly, self-righteous oddball character is the perfect foil for Danson’s happy-go-lucky avatar of privilege. (“I am 10 years younger than you, but I’m perceived as a kooky old woman and you’re still a sexually viable man,” Arpi tells Neil. His sincere reply: “Thank you.”) Kenedy’s Orly is a fun mix of brooding teen and daughter who secretly adores her dad as much as he adores her; their relationship alone gives the show more warmth than 30 Rock or Unbreakable Kimmy Schmidt. Sitcom writers love portraying millennials as vapid social-media drones or quixotic SJWs, but Mikaela and Tommy function more as antidotes to the rich, white, male, unqualified boomer who signs their paychecks.

The gentleness of Mr. Mayor shouldn’t be overstated. No one is likely to mistake this vision of city government for Parks and Recreation. There are jokes that might get Twitter blowback, deservedly and otherwise. Yet, even as someone who often savors Fey and Carlock at their most scathing, I find the show’s relative optimism refreshing—not because I want to see them take fewer risks, but because pessimism and misanthropy now feel too obvious to be subversive. If there’s one idea that pervades Tina Fey’s humor, it’s that the fishbowl of society distorts us all into cartoons of ourselves, making us a nation of selfish, solipsistic narcissists who treat each other as stereotypes. After the year we just had, I don’t think anyone needs an itemized list of the various flaws in the social contract. I’m not sure yet what Mr. Mayor will offer, thematically, instead. In a message to critics, Fey and Carlock describe the show as “ensemble workplace comedy among a coterie of weirdos.” For now, at least, I’m happy to enjoy it on those limited terms. 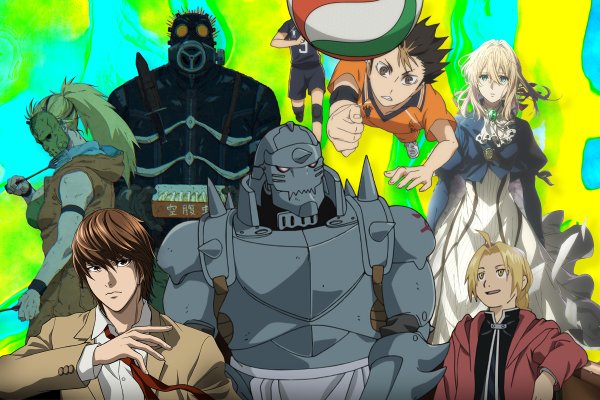