A medical staff member wearing protective gear takes a swab from a visitor to test for the Covid-19 coronavirus at a temporary testing station outside Seoul railway station in Seoul on December 22, 2020. (Photo by Jung Yeon-je / AFP) (Photo by JUNG YEON-JE/AFP via Getty Images)
Jung Yeon-je–AFP/Getty Images
By Amy Gunia / Hong Kong

Taiwan’s record was unmatched. Even as the coronavirus slipped past tight restrictions in New Zealand, Hong Kong, Singapore and elsewhere, the island remained blissfully COVID-19 free.

But, the streak ended Tuesday after 253 days. Officials announced a Taiwanese woman who had been in contact with a cargo plane pilot tested positive for the coronavirus—the first community transmission since April 12.

The outbreak in Taiwan appears to be under control, but it shows that the global COVID-19 surge is breaking down even the most carefully built defenses.

One year after the first cases of “mysterious viral pneumonia” were reported in the Chinese city of Wuhan, it is becoming more difficult to keep COVID-19 contained across the Asia-Pacific region. Japan and South Korea are experiencing record new cases. In Thailand, which has successfully contained the virus so far, the country’s biggest outbreak to date is unfolding. Hong Kong is struggling to suppress a fourth wave of the pandemic, and a new cluster has cropped up in Australia’s largest city, Sydney.

Read More: Asia Has Beaten Back Each Wave of COVID-19. But This Surge Could Be Different

The latest surge comes despite the remarkable success of most governments to keep the pandemic under control in the previous 12 months. A combination of strict border controls, widespread testing, rigorous contact tracing, social distancing measures and near-ubiquitous mask wearing allowed most places to keep the virus under control as case numbers skyrocketed elsewhere in the world.

In some countries—like China, Vietnam, Singapore and New Zealand—case numbers remain low. But experts say fatigue with social distancing measures and fast-rising case numbers that hamper contract tracing are making it harder to defend borders. Winter temperatures may also be allowing the virus to spread faster in some places.

The staggering rise in infections elsewhere in the world may also be playing a part as travelers carry the virus with them. And a new, more contagious strain of the coronavirus that was identified in the U.K. has popped up in several Asian countries.

“The probability today of an infected return traveller entering any of these countries is much higher,” says Raina MacIntyre, a professor of global biosecurity at the University of New South Wales in Sydney. “There are many more infected returned travellers than ever before.”

Hassan Vally, an associate professor in public health at La Trobe University in Melbourne says that the rise in case numbers around the Asia-Pacific reflects the virus’ ability to spread wherever there are weaknesses.

“Having control of transmission is only a temporary situation and this is the world that we are going to be living in, where there will be repeating resurgences,” he says. “Until the vaccine has been deployed, we have to continue with all of the measures that have been so effective, which include testing, tracing and isolating contacts, as well as social distancing, increased hand hygiene and limiting our socializing.

Here’s what to know about the growing outbreaks across the Asia-Pacific region.

Taiwan, with a population of almost 24 million people, has had one of the world’s most successful responses to the coronavirus, with fewer than 800 cases of coronavirus and just seven deaths. Until this week, the self-ruled island, which is claimed by China, had gone 253 days without a case of local transmission and life had largely returned to normal.

Read more: What It Was Like Attending Taiwan’s First 10,000-Person Arena Concert Since the Pandemic Began

But on Tuesday, a woman who was the close contact of a foreign pilot tested positive. The pilot, a New Zealander, is thought to have been infected on a trip to the U.S. last month. The pilot was fined more than $10,000 for failing to “truthfully declare” his contacts and activity to health authorities in Taiwan. He was fired on Wednesday.

President Tsai Ing-wen said the case was a reminder that it’s necessary to remain vigilant. “It shows that the pandemic is far from over, and that international cooperation is key, because we’re all in this together.”

Despite being the first country outside of China to officially report cases of COVID-19, Thailand has avoided large surges of the virus this year, with just over 4,000 cases and 60 deaths before December.

But on Dec. 17, a worker at a seafood market tested positive for the coronavirus. Health officials began mass testing on Dec. 20, and hundreds of people have since tested positive; the country recorded 809 new cases on Dec. 21.

Samut Sakhon, the province where the market is located, has been placed under lockdown with an overnight curfew and restrictions on travel out of the province.

In Australia, the state of New South Wales, where Sydney is located, is battling a small outbreak. More than 100 local COVID-19 cases were reported this week.

Flaws in the country’s hotel quarantine system for incoming travelers may be to blame. Although the source of the latest outbreak has not yet been confirmed, health authorities say it may be linked to a woman who returned from Los Angeles in early December.

On Monday, officials said that they had detected cases of a new, more contagious strain of the coronavirus that was identified in the U.K. in travelers in quarantine.

The state’s government on Wednesday announced some relaxations to social distancing restrictions over the Christmas period, after just eight new cases were recorded from almost 42,000 tests.

Lapses in quarantine controls were blamed on an outbreak in Melbourne in June and July, which resulted in the country’s biggest COVID-19 surge. In response, Victoria, the state where Melbourne is located, imposed lockdown for 112 days—one of the longest and toughest restrictions in the world. The state began lifting restrictions in October after bringing COVID-19 numbers down to zero.

In an effort to keep travelers from spreading COVID-19 into the community, Australia has banned entry for nearly all non-residents and even capped the number of citizens who are allowed to return home at just a few thousand a week. As a result, tens of thousands of Australians are stranded overseas—estimates range between 25,000 and 100,000.

South Korea, which was hailed as a model for its deft handling of the virus, is battling the country’s worst outbreak yet. The country has largely avoided the draconian lockdowns in at attempt to spare its economy; that strategy is being tested by a new wave of the virus.

“It’s hard to achieve control without a lockdown—unless you can roll out the vaccine,” says MacIntyre, the biosecurity professor in Sydney.

In the last week, the country has reported two record high daily coronavirus cases numbers; almost 1,100 cases were recorded on Sunday. On Monday, only 42 ICU beds remained available in the entire nation of 52 million people.

Several areas announced on Dec. 21 that they would ban holiday parties of five of more people.

Soonman Kwon, a professor of health economics and policy at Seoul National University, says the surge is due to a combination of factors including the winter season, during which respiratory diseases and the flu are more likely to spread, and the general population’s fatigue after almost a year of social distancing.

Like other places in Asia, he says, the surge in South Korea may be harder to contain due to lower compliance with social distancing restrictions, and an increasing number of cases which makes contact tracing more difficult.

Hong Kong is battling its fourth wave of coronavirus. Chief Executive Carrie Lam said that this wave is “more complicated and more severe” with cases “widely spread out” in the territory.

The government has implemented strict social distancing measures, including limiting public group gatherings to two people, and banning dine-in eating in restaurants after 6 p.m. Lam has urged Hongkongers to “stop all the social activities.”

Despite these restrictions, the number of new cases has fallen little in the past four weeks.

On Tuesday, the city banned flights from the U.K. in an effort to keep out the newly discovered strain of the virus that British scientists say is up to 70% more transmissible.

Japan is facing an increasingly dire situation as the number of infections rises. Cases began to spike at the beginning of November, and daily infections in the country of 126 million topped 200,000 on Monday.

Hospitals risk being overwhelmed. About half of the 4,000 hospital beds in Tokyo set aside for COVID-19 patients were full as of last week.

Read More: Why Japan, Once a COVID-19 Success Story, Faces the Prospect of a Dark, Deadly Winter

Critics say the government has shown poor leadership and a lack of scientific literacy in dealing with the pandemic, and that it has been too slow to act.

Researchers at the University of Tokyo and the University of California, Los Angeles found that people who participated in a government campaign to promote domestic travel—dubbed “Go To Travel”—were as much as twice as likely to have COVID-19 symptoms than those who didn’t (The government has rejected the study’s conclusions). The government announced Dec. 14 that it would suspend the travel campaign—but not until Dec. 28.

Kentaro Iwata, an infectious disease doctor at Japan’s Kobe University says it’s likely that winter temperatures and COVID-19 fatigue are also playing a part. He says that it’s becoming harder to keep the virus contained as the number of patients and clusters rise, making it difficult to prevent the virus’ spread. 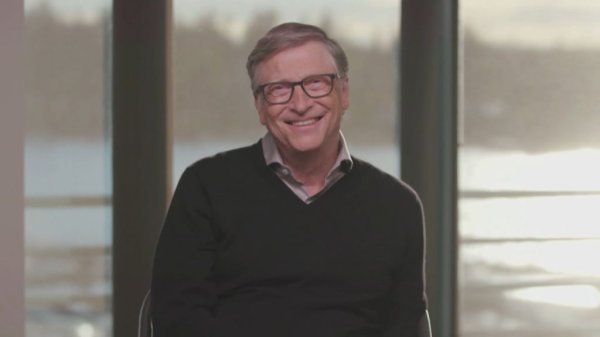 What Bill Gates Thinks About the State of the Fight Against COVID-19
Next Up: Editor's Pick