Prosecutor to Pistorius: You're Lying

Prosecutors in the murder trial of South African Paralympian Oscar Pistorius branded him as a liar Friday, as the tense cross-examination of the athlete continued for a third day.

Gerrie Nel, the South African state prosecutor known as “the bulldog” because of his aggressive style, tried to portray Pistorius’ explanation of events as implausible. He also mocked the Olympic sprinter for failing to remember details or correct himself during the testimony. Pistorius is accused of murdering his girlfriend Reeva Steenkamp by shooting her through his bathroom door. He says he mistook her for a burglar.

“You’re getting deeper into trouble,” Nel said, questioning details about the alarm system in the house, the placement of fans and clothes in the bedroom and raising occasions on which Pistorius had allegedly behaved aggressively toward Steenkamp.

He also questioned how Pistorius could have failed to notice that his girlfriend wasn’t beside him in the bed when he woke or that she didn’t reply when he told her to call the police.

At one point Pistorius broke down crying, saying he couldn’t remember the details because he was tired.

“I’m not convinced. I think that you’re trying to cover up a lie,” the prosecutor said.

‘The judge stepped in and asked Gerrie Nel to “mind his language.”

“You don’t call a witness a liar while he’s in the box,” Judge Masipa said.

The trial will continue until mid-May. Pistorius faces 25 years in prison if he is found guilty. 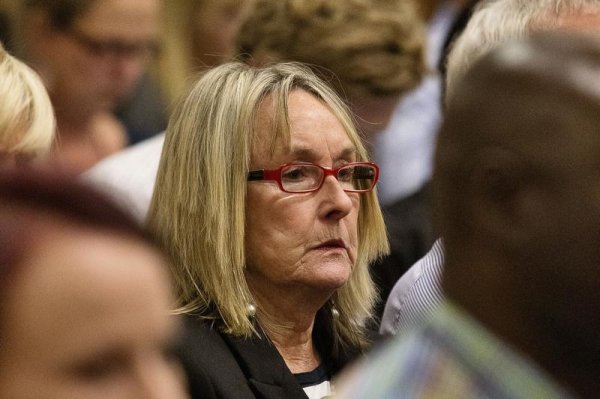 Prosecutor Paints Pistorius As Selfish Boyfriend
Next Up: Editor's Pick