Here's What History Can Tell Us About the Magi

A close-up of a triptych panel in Hieronymus Bosch's "The Adoration of the Magi" (circa 1494) at the Museo del Prado in Madrid, Spain.
Francis G. Mayer/Corbis/VCG—Getty Images
By Olivia B. Waxman

Christmas Day may be Dec. 25, but it’s not the end of Christmas story. In many Western Christian traditions, there are 12 days of Christmas, culminating around Jan. 6, known as the feast of the Epiphany. That’s when many believe the “Magi” or “wise men” or “three kings” arrive to see the newborn baby Jesus.

But were these men inspired by any real historical figures? While it’s difficult to tie their depictions to any specific people, the very brief descriptions of them in the Gospel of Matthew do track with understandings of the world at the time the Gospel was written, thought to be sometime between 70 CE and 85 CE.

The only reference to these men in the Bible is in Chapter 2 of the Gospel of Matthew, and they’re not called “wise men,” or “kings.” There’s also no mention of how many men were there. It only describes “some men from the East” and “visitors from the East.” Matthew’s Gospel says soon after Jesus was born in the town of Bethlehem in Judea, ruled by the Roman King Herod, “some men who studied the stars came from the East to Jerusalem and asked, ‘Where is the baby born to be the king of the Jews? We saw his star when it came up in the East, and we have come to worship him.'” According to the Gospel, the men had followed a star to the house where Jesus and Mary were and presented gifts of gold, frankincense and myrrh.

Then, like now, gold represented wealth and power. Frankincense was a type of incense and perfume. Myrrh is the “outlier,” according to Kristin Swenson, an Associate Professor of Religious Studies at Virginia Commonwealth University and author of the forthcoming A Most Peculiar Book: The Inherent Strangeness of the Bible. It’s been used as a perfume and in ancient Egypt, in embalming processes, and which Christians have interpreted as foreshadowing Jesus’s death. In Mark 15:23, Jesus is offered wine with myrrh before his crucifixion, because to be a painkiller, Swenson says. Myrrh would also be used in oil used for anointing kings, which is significant given that the Magi had come looking for the king of the Jews.

These luxurious gifts indicate that these visitors from the East “are people of great wealth and power, that’s kind of obvious based on the things they bring,” says Swenson. “They are called Magi in the Greek, which was a term that referred to a kind of subclass of Persian priests. But they have come to be known as wise men… Their orientation was much more in what we might today identify with science.” Looking to a star is “very much in keeping with the religious tradition of this place in time of looking to the heavens, the stars, and the planets for information about the gods’ wishes and doings, and some stars or planets were identified with God.”

Swenson also points out that the Gospel of Matthew reimagines a prophecy from hundreds of years earlier, found in the book of Isaiah in the Old Testament, which describes nations of the world recognizing Israel as the light of the world and celebrating that with gifts of gold and frankincense and other gifts of value.

TIME described the centuries of efforts to make sense of the Magi in the Dec. 13, 2004, cover story “Secrets of the Nativity,” and the many unsuccessful searches for physical evidence of the nativity scene:

Medieval art played a key role in how many current Christmas traditions visualize these men. The Magi as a multiracial set of three figurines, made sometime before 1489, reflects the increased trade between Europe and Africa during the Medieval Period more than anything that was happening when the Gospel of Matthew was written, according to the art historians at the Metropolitan Museum of Art. Paintings by artists like Botticelli, Peter Paul Rubens and Hieronymus Bosch (featured above) helped cement the image of the Magi as a diverse group of men in popular imagination.

Perhaps the most famous musical depiction of the three men dates back to 1857, when Pennsylvania Episcopal clergyman John Henry Hopkins, Jr. wrote the song often called “We Three Kings of Orient Are,” which quickly became a popular American Christmas carol.

And just as interpretations of the Magi developed over time based on what was going on in the world, so too will what’s going on today affect how people find meaning in the Bible to make sense of their lives.

As Swenson sums up that dynamic, “We’re in good company when we reinterpret for our own particular lives and purposes these ancient texts as they’ve come down to us. At the same time, it’s important to remember and recognize that we’re doing that — reimagining for our times texts that in some cases buck our expectations; sometimes baffle with contradiction; and unless we read them in their ancient Hebrew, Aramaic and Greek, depend on translations that are themselves interpretations.” 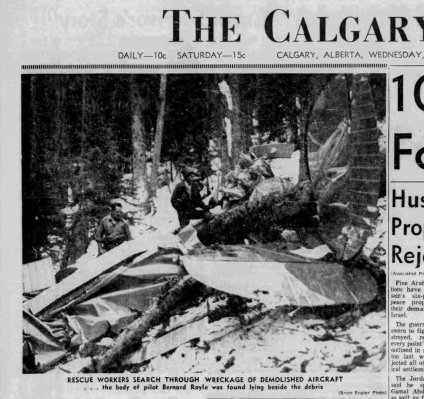 A Skiing Pioneer's Unlikely Survival in Canada's Backcountry
Next Up: Editor's Pick