The Real Events That Inspired Your Name Engraved Herein, Taiwan’s Highest-Grossing LGBTQ Film of All Time

Courtesy of Netflix
By Kat Moon

Director Patrick Liu did not play the trumpet in his high school marching band. Unlike Chang Jia-Han, the lead character in Liu’s movie Your Name Engraved Herein, Liu played the flute. But there’s special meaning to the instrument of choice for Chang Jia-Han (Edward Chen)—nicknamed A-Han. “To quote our composer, the trumpet has a sound quality of wanting to say something, but not being able to get it out,” Liu tells TIME in Mandarin. This feeling is familiar to A-Han. Pressure builds inside him as he falls for bandmate Wang Birdy (Jing-Hua Tseng) and wonders if he will ever be able to freely express his love. The feeling is also familiar to Liu.

Of the few dozen LGBTQ films in the history of Taiwanese cinema, Liu’s has been the most successful at the box office—Your Name Engraved Herein, which premieres globally on Netflix Dec. 23, is Taiwan’s highest-grossing LGBTQ-themed movie of all time. Earlier in December, the movie surpassed NT$100M (around US$3.5M) and is one of only two domestic films to reach this marker in 2020. The movie screened locally beginning in September, more than a year after the self-governing island became the first place in Asia to legalize same-sex marriage. But the film focuses on a period long before this right existed, in 1987, when martial law had just lifted, prompting Taiwan toward a gradual transition in the direction of greater liberties including freedom of speech and press. At the time, homophobia was widespread and openly gay individuals were largely ostracized by society.

It’s against this backdrop that A-Han and Birdy’s story unfolds as their friendship grows into something more. The particular arc of A-Han is about “80%” based on Liu’s own experiences, according to the director. “Originally, my intention wasn’t to make a gay film, it was to make a personal film,” he says. “This is about my first love, and my first love happened to be a story of a boy liking another boy.” Whatever his intention at the outset, Your Name Engraved Herein is fast on its way to becoming a new classic of LGBTQ cinema.

Bringing his own story to the screen

Prior to this film, Liu had primarily worked on idol drama series that he describes as overly dramatic and mostly detached from reality. With the new project, the director wanted to create something more intimate. He teamed up with producer Arthur Chu, who had attended the same high school as Liu and was familiar with his story. Through A-Han’s perspective, Liu recounts aspects of his first love: crossing paths with a woman, played by Mimi Shao, who turned the relationship into a love triangle; confiding in the school priest, Father Oliver, about his crush.

Some of the most piercing lines in the film come during the scenes when an exasperated A-Han questions this religious figure about why his love goes against the Bible’s teachings. These scenes are not entirely drawn from Liu’s experiences with the priest at his school, but they reflect some of the director’s views. “During the process of writing the script, what I thought was that no one can play the role of God and judge people for their gender or who they want to love,” says Liu, who grew up in a Christian household. “We are not God so we don’t have the right to be like him and tell Adam and Eve, you are naked and sinful.” The tension between faith and sexuality is one of the main forces driving the film, which opens with a line from Song of Solomon 8:7: “Many waters cannot quench love, neither can the floods drown it.”

The bittersweet feeling of overdue change

Production for Your Name Engraved Herein started in 2018, before the legislation for marriage equality was enacted in Taiwan. “At that time, it was a very heated topic,” Liu says, “The opposition was actually quite vocal about this.” In November 2018, voters showed their support for restricting marriage to a union between a man and a woman and against implementing LGBT education at schools, in a referendum designed to be a measure of public opinion that would advise lawmakers. At the time, the Acting Director of Amnesty International Taiwan called the results “a bitter blow and a step backwards for human rights in Taiwan.”

When parliament voted to legalize same-sex marriage on May 17, 2019 and President Tsai Ing-wen signed the legislation into effect days after, the historic milestone brought with it some mixed feelings for Liu. “When I saw people celebrating on the streets, I actually felt a little bit sorrowful because for the people from my generation—who were born in the ‘70s, for example—it may be too late for them,” he says. Many were not able to catch what he calls the “train of happiness.” “I would like to highlight some of the unfortunate stories that may have come too early so they didn’t get to see the celebration that we see today,” Liu explains about his approach to his work. Your Name Engraved Herein captures this sentiment. More than any other factor, the prevailing attitudes of 1980s Taiwan threaten to keep A-Han and Birdy apart.

Liu’s film honors one particular figure who has fought for gay rights for more than 30 years: activist Chi Chia-wei. In one scene, A-Han and Birdy see Chi protesting against sexual orientation discrimination on the streets of Taipei with a sign that says “homosexuality is not a disease,” before police swarm toward him. “We wanted to put that segment into the film to pay tribute to what he has done all these years,” Liu says. In fact, he says the production crew met with Chi lao-shi—Liu uses the honorific term referring to a teacher—and discussed his portrayal in the movie. One of Chi’s iconic protest looks was an outfit made of condoms, and this is the attire he’s wearing when A-Han and Birdy see him. “Our costume designer simply replicated the outfit,” Liu said, “and the character actually protested on the site where he protested in the past.”

Spreading a message of tolerance across Asia and beyond

Taiwan is one of the rare exceptions in Asia with marriage rights for same-sex partnerships, even if acceptance of the policy is not ubiquitous. “We really hope that through Netflix the LGBT communities in other parts of Asia can see it,” Liu says. “The LGBT communities need a movie like this to tell them, ‘You are allowed to love, you are not guilty.’” Among other countries, he specifically expressed hope for Your Name Engraved Herein to reach Malaysia and Singapore, where laws that criminalize same-sex relations remain in place. These two places carry special meaning because they are home to the songwriters—Hsu Yuan-Ting, Chia Wang and Chen Wen-Hua—who composed the film’s theme song. Titled after the movie and performed by artist Crowd Lu, the track has already won Best Original Song at Taiwan’s prestigious Golden Horse Awards with the music video approaching 20 million views on YouTube. The trio of songwriters flew to Taiwan for the Golden Horse Awards. As Liu recalls, “They were very excited that their work can actually be nominated and connect with an LGBT film.”

As much as Your Name Engraved Herein is a reflection of Liu’s past, it has also been a catalyst for his future. “When I started to produce this film, I was thinking about whether I should come out to my mom,” he says, noting that his mother comes from a conservative background intertwined with her church community. At the beginning of the project, he kept details about the movie vague and said it was about “two young people falling in love in high school.” But during this past Chinese New Year, Liu’s mom brought out a bag of gold and said it would be his once he gets married. “I don’t know where my courage came from, but I decided to tell her that I’m actually gay and I’m not going to marry a girl,” Liu recalls. She was initially shocked, but, referring to Taiwan’s recent policy changes, she changed her tune. “It’s fine,” she said. “I think now you can get married as well.” 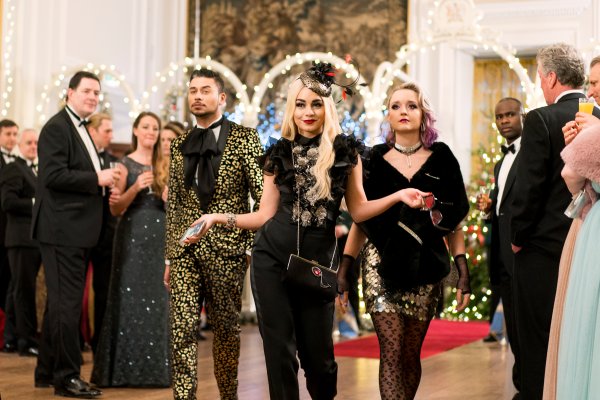