Leslie Keiser’s grave is at the edge of Wolf Point, a small community on the Fort Peck Indian Reservation in Montana. Leslie is one of at least two teenagers on the reservation who reportedly died by suicide this summer.
Sara Reardon
By Sara Reardon / Kaiser Health News

Leslie, whose father is a member of the Fort Peck Assiniboine and Sioux Tribes, is one of at least two teenagers on the reservation who died by suicide this summer. A third teen’s death is under investigation, authorities say. Leslie’s mother, Natalie Keiser, was standing beside the grave recently when she received a text with a photo of the headstone she ordered. She looked at her phone and then back at the grave of the girl who took her own life in September. “I wish she would have reached out and let us know what was wrong,” she said.

Youth suicide rates have been increasing in the U.S. over the past decade. Between 2007 and 2017, the rate nearly tripled for children aged 10 to 14, and rose 76% among 15- to 19-year-olds, according to the U.S. Centers for Disease Control and Prevention.

Mental health experts fear the pandemic could make things worse, particularly for kids who live on rural native American reservations like Fort Peck. In a typical year, Native American youth die by suicide at nearly twice the rate of their white peers in the U.S. Among those are vulnerable children on remote reservations who are cut off from their larger families and communities by COVID-19-caused restrictions.

“It has put a really heavy spirit on them, being isolated and depressed and at home with nothing to do,” says Carrie Manning, a project coordinator at the Fort Peck Tribes’ Spotted Bull Recovery Resource Center.

Other Native American leaders are also sounding an alarm. On South Dakota’s Pine Ridge Reservation, Oglala Sioux Tribe President Julian Bear Runner declared a state of emergency in August. In his declaration, Bear Runner wrote that the measures imposed to prevent the virus’s spread has added to the strain on a population already struggling with poverty, addiction, high crime and the trauma of generations of being the target of racism.

It’s not clear what connection the pandemic has to the youth suicides on the Fort Peck reservation. Leslie had attempted suicide once before several years ago, but she had been in counseling and seemed to be feeling better, her mother says, though she also notes that Leslie’s therapist canceled her counseling sessions before the pandemic hit. “Probably with the virus it would have been discontinued anyway,” Keiser says. “It seems like things that were important were kind of set to the wayside.”

Tribal members typically lean on one another in times of crisis, but this time is different. The reservation is a COVID-19 hot spot. In remote Roosevelt County, which encompasses most of the reservation, more than 10% of the population has been infected with the coronavirus. The resulting social distancing has led tribal officials to worry the community will fail to see mental health warning signs among at-risk youth. So officials are focusing suicide prevention efforts on finding ways to help those kids remotely. “Our people have been through hardships and they’re still here, and they’ll still be here after this one as well,” says Don Wetzel, tribal liaison for the Montana Office of Public Instruction and a member of the Blackfeet Nation. “I think if you want to look at resiliency in this country, you look at our Native Americans.”

Poverty, high rates of substance abuse, limited health care and crowded households elevate both physical and mental health risks for residents of reservations. “It’s those conditions where things like suicide and pandemics like COVID are able to just decimate tribal people,” says Teresa Brockie, a public health researcher at Johns Hopkins University and a member of the White Clay Nation from Fort Belknap, Montana.

Montana has seen 231 suicides this year, with the highest rates occurring in rural counties. Those numbers aren’t much different from a typical year, says Karl Rosston, suicide prevention coordinator for the state’s Department of Public Health and Human Services. The state has had one of the highest suicide rates in the country each year for decades. As social distancing drags on, fatality numbers climb and the economic impacts of the pandemic start to take hold of families, Rosston says, and he expects to see more suicide attempts in December and January. “We’re hoping we’re wrong in this, of course,” he said.

For rural teenagers, in particular, the isolation caused by school closures and curtailed or canceled sports seasons can tax their mental health. “Peers are a huge factor for kids. If they’re cut off, they’re more at risk,” Rosston says. Furthermore, teen suicides tend to cluster, especially in rural areas. Every suicide triples the risk that a surviving loved one will follow suit, Rosston says. On average, every person who dies by suicide has six survivors who are affected deeply by the loss. “When talking about small tribal communities, that jumps to 25 to 30,” he says.

Maria Vega, a 22-year-old member of the Fort Peck Tribes, knows this kind of contagious grief. In 2015, after finding the body of a close friend who had died by suicide, Vega attempted suicide as well. She is now a youth representative for a state-run suicide prevention committee that organizes conferences and other events for young people.

Vega is a nursing student who lives six hours away from her family, making it difficult to travel home. She contracted COVID-19 in October and was forced to isolate, increasing her sense of removal from family. While isolated, Vega was able to attend therapy sessions through a telehealth system set up by her university. “I really do think therapy is something that would help people while they’re alone,” she says. But Vega points out that this is not an option for many people on rural reservations who don’t have computers or reliable internet access. The therapists who do offer telehealth services have long waitlists.

Other prevention programs are having difficulties operating during the pandemic. Brockie, who studies health delivery in disadvantaged populations, has twice had to delay the launch of an experimental training program for Native parents. In this project, local workers will meet individually with 120 parents with young children and teach resiliency, cultural knowledge and parenting skills. Brockie hopes that by strengthening family and community connections through this novel method, the program will lower these children’s risk of substance abuse and suicide later in life.

At Fort Peck, the reservation’s mental health center has had to scale down its youth events that teach leadership skills and traditional practices like horseback riding and archery, as well as workshops on topics like coping with grief. The cultural events, which Manning says usually draw 200 people or more, are intended to take teenagers’ minds away from depression and allow them to have conversations about suicide, a taboo topic in many Native cultures. The few events, such as coping skills, that can go forward are limited now to a handful of people at a time.

Tribes, rural states and other organizations running youth suicide intervention and prevention initiatives are struggling to sustain the same level of services. Using money from the federal CARES Act and other sources, Montana’s Office of Public Instruction ramped up online suicide prevention training for teachers, while Rosston’s office has beefed up counseling resources people can access via the phone. On the national level, the Center for Native American Youth in Washington, D.C., hosts biweekly webinars for young people to talk about their hopes and concerns. Executive Director Nikki Pitre says that on average around 10,000 young people log in each week. In the CARES Act, the federal government allocated $425 million for mental health programs, $15 million of which was set aside for Native health organizations.

Pitre hopes the pandemic will bring attention to the historical inequities that the led to lack of health care and resources on reservations, and how they enable the twin epidemics of COVID-19 and suicide. “This pandemic has really opened up those wounds,” she says. “We’re clinging even more to the resiliency of culture.”

In Wolf Point, Natalie Keiser experienced that resiliency and support firsthand. The Fort Peck community has come together to pay for Leslie’s funeral. “That’s a miracle in itself,” she says.

KHN (Kaiser Health News) is a nonprofit news service covering health issues. It is an editorially independent program of KFF (Kaiser Family Foundation) that is not affiliated with Kaiser Permanente. 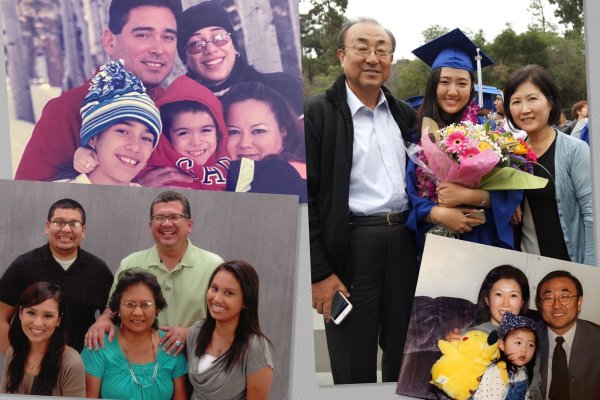 Funeral Costs are Driving People to Desperate Measures
Next Up: Editor's Pick