A police officer stands guard on the steps of the US Supreme Court in Washington, DC, June 15, 2017.
JIM WATSON/AFP via Getty Images
Ideas
By David French
French is a senior editor at The Dispatch and a columnist for Time. His new book is Divided We Fall: America's Secession Threat and How to Restore Our Nation. He is a former major in the United States Army Reserve.

On Friday evening, the Supreme Court of the United States unanimously rejected Texas attorney general Ken Paxton’s effort to invalidate the election results in Georgia, Michigan, Pennsylvania, and Wisconsin. Seven justices said Paxton had no standing to bring the case. Two justices – Clarence Thomas and Samuel Alito – would have granted Texas’s motion to have its case heard, but they would have denied relief.

To put this plainly, not one justice was willing to overturn the presidential election. Each of Trump’s three judicial appointees rejected the case. And with this single act, the Supreme Court dramatically exposed a fascinating division within the conservative movement. Time and again, elected officials supported quixotic and frivolous judicial challenges to the outcome (for example, Senator Ted Cruz even offered to argue election challenges at the Supreme Court) or remained silent. At the same time, the conservative legal movement—especially its members of the judicial branch—crushed Trump’s fever dream of an improbable second term.

Examples abound beyond SCOTUS. Who wrote these words in a Third Circuit Court of Appeals decision that affirmed the dismissal of the Trump campaign’s Pennsylvania election challenge?

Free, fair elections are the lifeblood of our democracy. Charges of unfairness are serious. But calling an election unfair does not make it so. Charges require specific allegations and then proof. We have neither here.

The answer is Judge Stephanos Bibas, nominated to the court by Donald Trump in June 2017. He was joined in that opinion by two George W. Bush nominees, Brooks Smith and Michael Chagares.

Who wrote these words in an Eleventh Circuit Court of Appeals decision rejecting attorney Lin Wood’s effort to obtain an emergency order blocking certification of the Georgia general election results:

We agree with the district court that Wood lacks standing to sue because he fails to allege a particularized injury. And because Georgia has already certified its election results and its slate of presidential electors, Wood’s requests for emergency relief are moot to the extent they concern the 2020 election. The Constitution makes clear that federal courts are courts of limited jurisdiction . . . we may not entertain post-election contests about garden-variety issues of vote counting and misconduct that may properly be filed in state courts.

The answer is George W. Bush appointee William Pryor, a judge who’s on Donald Trump’s short list for potential Supreme Court nominees. He was joined by Barbara Lagoa, a Trump appointee who was also on Trump’s SCOTUS list.

And Friday’s SCOTUS decision wasn’t its only decisive action during the post-election period. On Tuesday it rejected Rep. Mike Kelly’s effort to overturn the Pennsylvania election outcome with no recorded dissents.

But just as interesting as conservative judges’ actions extinguishing Trump’s claims is the inaction of elite, respected conservative lawyers from coast-to-coast. There’s a reason why the principal Trump and Trump-supporting cases are being brought by the likes of Rudy Giuliani, Jenna Ellis, Lin Wood, Sidney Powell, and the scandal-tarred attorney general of Texas (he’s currently under federal investigation for allegedly using his office to benefit a donor). The leading lights of the conservative legal movement won’t touch the election challenges with a ten-foot-pole.

Why are conservative attorneys and jurists rejecting Trump even as so very many GOP politicians are embracing his extraordinary, dangerous, undemocratic and legally frivolous campaign to overturn the election? The short answer is that the culture, philosophy, and incentives of the conservative legal movement are all aligned against the president.

And, to be clear, the “conservative legal movement” is a distinct, elite sub-culture within the broader universe of Republican lawyers. It represents mainly the professors, judges, and elite private-practice lawyers who form the backbone of the Federalist Society (a private nonprofit network of law school student groups and lawyer chapters across the nation) build and sustain conservative public-interest legal organizations, work at white-shoe law firms, and practice the bulk of complex conservative cases in the nation’s highest courts.

The culture of this movement starts with the Federalist Society. It first took root in America’s most prestigious law schools, and it attained prominence not just by creating a national network of ambitious conservative lawyers but also by hosting hundreds and hundreds of civil and intellectually rigorous debates, speeches, and conferences at law school campuses from coast-to-coast. (Full disclosure: I’m on the Federalist Society’s speakers list and I’ve participated in numerous of their debates and events. Participants get a modest honorarium.)

Of course, not every member of the Federalist Society embodies its culture and approach – especially now that membership is often seen as mandatory for political and judicial advancement in Republican administrations. But its traditions matter, especially to its most elite lawyers.

The conservative legal movement also has a distinct legal philosophy. Overwhelmingly, “movement” lawyers are originalist and/or textualist. Laws mean what they say on their face. Disputes about meaning are resolved by the text itself or the “public meaning” (the common understanding of the law) at the time the text was passed.

Many conservative lawyers are also institutionalists. John Roberts is a notable example. They have deep respect for the reputation of the judiciary and the integrity of the bar.

Finally, the incentive structures for the best lawyers in private practice are remarkably different than those for elected conservative politicians. While a member of Congress believes he risks his career if he doesn’t embrace Trump’s conspiracies, a conservative lawyer in private practice risks his professional reputation (and thus his ability to progress through the highest ranks of his profession) if he does.

Federal judges don’t answer to voters. Neither do lawyers in private practice. In fact, lawyers can throw away a decade of judicial good will by advancing mendacious arguments or introducing scandalously-shoddy evidence.

This is not to argue that the conservative legal movement is above reproach. Indeed, when 17 state attorneys general joined an amicus brief supporting the state of Texas’s frivolous and dangerous effort to reverse the election, they demonstrated that craven ambition and political cowardice extend to all too many elected Republican lawyers. They proved they’re politicians first, consumed with desires for higher office and desperately afraid of Trump and his angry, vindictive base. They placed their own ambition over the health of the American constitutional republic.

But politicians aside, for once in the Trump era, the combination of culture, philosophy, and incentives align towards justice. And so Trump’s legal efforts are in a state of rapid collapse. Competent conservative judges are rejecting the frivolous arguments of incompetent right-wing lawyers and elected political hacks, and Trump will leave office on Wednesday, January 20.

But there are storm clouds on the horizon. If the GOP continues to indulge populism, conspiracies, and cruelty, the elite-driven conservative legal movement is fated to fall. Too many state attorneys general have already capitulated. Politicians will lose patience for judges who frustrate their ambitions, and they’ll look for the lawyers – like the members of Trump’s legal team – who will do their bidding, as both advocates and jurists.

There are plenty of Republican lawyers who have no concern for the culture and philosophies described above. Many of them have already sought and won public office and now abuse the power and duty of their office to support Trump. The core of the conservative legal movement, however, is discarding Trump, because the law says it must.

There are Republicans who will interpret this necessary, principled stand as an act of betrayal. They will impose new pressures on conservative lawyers and create new tests for potential court nominees. But for now, the craven and cowardly politicians are losing, the lawyers and judges are winning, and the peaceful and orderly transition of power remains secure – thanks in large part to conservatives in American courts. 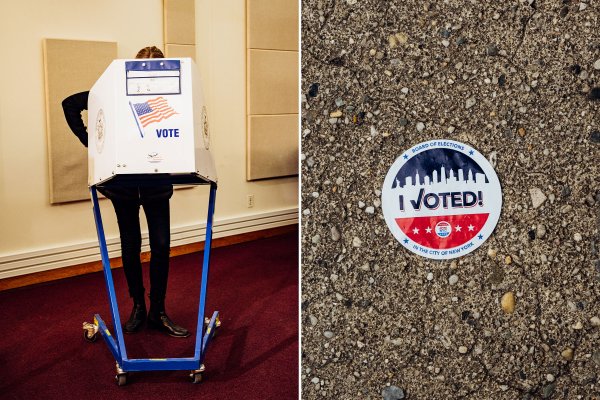 One Thing Did Actually Work Out This Year
Next Up: Editor's Pick