Taylor Swift didn’t have to release a whole extra album this winter. She’d already surprise-released Folklore this summer, an album that topped many critics’ year-end lists (including ours). But after many years in the spotlight, Swift seems ready to upend all expectations, whether in the business of her music or the art itself. And if, as she explained in a preemptive Instagram post, she had more to say after finishing Folklore—well, no one is complaining.

Evermore, the companion work to Folklore, is an expansion on the themes of that album: it’s cozy and retrospective, dreamy and poetic without being obtuse. It’s still pop—it has flecks of shimmer and gloss—but it’s filtered through the light leaks of a cabin in the woods, and wrapped up in the homespun imagery she’s put out alongside it. (Never underestimate the power of a carefully staged album promo shot. Here, we have Swift in a plaid flannel, hair braided, crunching through a barren winter field.)

For Evermore, Swift brought back the same team she had on Folklore: The National’s Aaron Dessner, longtime producer Jack Antonoff and Justin Vernon of Bon Iver as well as the mysterious William Bowery, the pseudonym of her boyfriend Joe Alwyn. This time, she fits in another Bon Iver collaboration, a song featuring The National and—at long last—a track with the sisters of Haim, a trio who also released one of the year’s top-rated albums. (They will be competing against Swift for the Album of the Year prize at the Grammys later this winter.) “To put it plainly, we just couldn’t stop writing songs. To try and put it more poetically, it feels like we were standing on the edge of the folklorian woods and had a choice: to turn and go back or to travel further into the forest of this music,” she wrote on Instagram in advance of the release. “We chose to wander deeper in.”

While Folklore was full of musical surprises for listeners unprepared for this new Swiftian era, Evermore comes across as more of an album of meditations. It’s Swift finessing clever turns of phrase, finding pleasure in playing around with the cadences of her lines, the plucks of her guitar and the stories—both fictional and personal—that she can weave. (“Champagne Problems,” for instance, has her breathlessly talk-singing the story of an ill-fated proposal: “Sometimes you just don’t know the answer ’til someone’s on their knees and asks you/ ‘She would’ve made such a lovely bride, what a shame she’s f-cked in the head,’ they said/ But you’ll find the real thing instead, she’ll patch up your tapestry that I shred.”)

Taken as a whole, the free-flowing collection that is Evermore sounds like she made it for herself and didn’t stop to second-guess it. To use her own metaphor: for an artist who has spent so many years deep in the woods of stadium-sized superstar perfectionism, this is a different kind of forest entirely, one to get lost in.

How does it differ from Folklore?

Swift described Evermore as a “sister album,” and that’s very much the case: where Folklore came across as a muted, autumnal palette of sounds and feelings, taking her from the bright, hyper-produced pop of Reputation and Lover to a more low-key alternative genre with space to breathe, Evermore is its winter companion, songs rendered in pastel shades of lingering sadness and regret. At 15 songs, it’s about the same length—just right for another long solo walk in the woods, if that’s available to you as a listener.

But there are some notable differences. First, where Folklore carried forward the signature sound of producer Jack Antonoff with subtle ’80s touches and synth-pop highs on many songs, on this release he’s only credited as a producer on one song (“Ivy,” which harkens back to Folklore‘s “Invisible String” with its bluegrass guitar plucks). Second, Dessner’s band The National makes a full appearance on “Coney Island,” including vocals from lead singer Matt Berninger. And finally, in an album highlight, she picks up the pace to have fun with Haim on “No Body No Crime,” her version of a murder ballad á la the Chicks’ “Goodbye Earl,” replete with harmonica licks.

Who is Marjorie? Who is Dorothea?

Two of Swift’s new songs are named after women: one is highly personal, and the other is a fictional projection. The emotional ballad “Marjorie” is named for her maternal grandmother Marjorie Finlay, an opera singer who passed away in 2003. Tender and full of remembrances of tiny missed moments, “Marjorie” will resonate with many who have last someone this year.

“Dorothea,” meanwhile, is more upbeat—even if it’s still wistful about what could have been. In it, Swift dreams about a hometown girl who left for a shinier life in Hollywood, singing from the perspective of the person left longing for her from afar. “It’s never too late to come back to my side,” she sings. “If you’re ever tired of being known for who you know, you know you’ll always know.” She’s shared on social media that it’s a new story of her creation, although I like to read it as Swift singing to her own self.

Like the love triangle she sketched in “Betty,” “Cardigan” and “August” on Folklore, “Dorothea” flicks at a whole universe of high school crushes gone awry. It’s fertile territory for Swift, whose persona and lyricism have always been so closely tied to the imagery and traditions of young Americana. And it’s echoed further on its mirror-image partner track, “Tis the Damn Season,” a song that will hit home for many a millennial longing to rekindle the flame of hometown seasons past while disconnected from regular life.

What other lyrics or references are important?

As always, Swift has given listeners a thicket of references scattered liberally throughout. Swift’s universe is unfailingly a rich and complex one to get lost in. Words, scenes and themes we’ve seen before throughout her career pop up again: scars, the color gold, champagne, imagery of ships, the downside of beauty, the aftermath of parties, places in New York, the unresolved parts of relationships, insecurity, nostalgia.

And the album closes out on a contemplative note that seems to come full circle to Folklore. On “Evermore,” the title track with Bon Iver, she hints back at the previous album’s Bon Iver duet “Exile”: “Been down since July,” she sings. (Haven’t we all?) “Hey December, guess I’m feeling unmoored. Can’t remember what I used to fight for.” On “Exile,” she and Vernon sang about a relationship soured to pain; here, they’re moving on. “This pain wouldn’t be for evermore,” she finishes off, ending with something akin to hope. Winter, after all, doesn’t last forever. 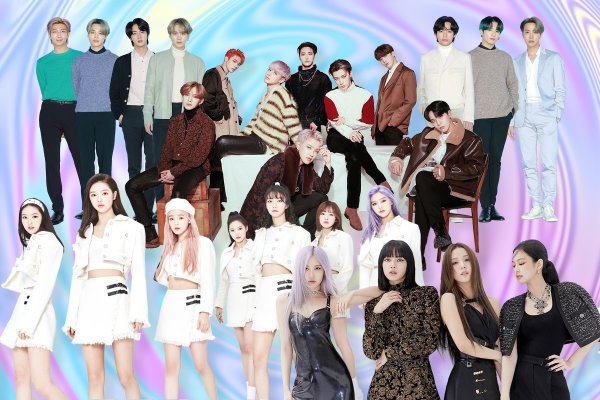