Hunter Biden Is Under Investigation. Why Liberals Should Take Comfort

The news had finally started to leak. CNN this week had contacted Joe Biden’s transition team for comment on a forthcoming report that federal prosecutors in Delaware were pursuing a criminal investigation into first son-in-waiting Hunter Biden. The Biden team told CNN they’d get them something.

Then, on Wednesday, the campaign put out a statement from Hunter Biden confirming he had been told on Tuesday that he was, in fact, a subject of an investigation over his “tax affairs.” President-elect Joe Biden issued his own statement of support. CNN lost its scoop, but right-wing media personalities got a new bone to chew and liberals had a reason to gnash their teeth.

For much of last night, Fox viewers were walked through suspicion and innuendo about a case that, to this point, federal prosecutors have not commented on, let alone filed charges over. “Hunter Biden Caught In a Lie Over His China Dealing,” read the headline at the top of Laura Ingraham’s 10 p.m. Fox show. There were mentions aplenty on conservative sites and Twitter about the family of Moscow’s mayor, the Communist Party of China, Ukrainian oligarchs. If you weren’t familiar with conservatives’ theory of the case, you were probably left wondering what a Chinese diamond, a missing laptop and Big Tech censorship had to do with the incoming Biden administration. “We are live with the news that can finally be reported,” Fox News anchor Trace Gallagher said just before noon today.

While the story was a Rorschach test for political-media consumption, it also told us perhaps a more important truth: the professionals at the Department of Justice kept this ongoing investigation from bleeding into election season. While you might be inclined to think the Justice Department under President Donald Trump is trying one last-gasp effort to smear the family of the man who defeated him, it’s also worth considering that it didn’t happen in the heat of a campaign for an explicit political outcome.

And while it seems implausible that someone high up at Main DOJ, as its central offices in Washington are known, didn’t know about this, it apparently never made its way to Trump. It seems unlikely that Trump, who appears to have disclosed a classified nuclear program to Bob Woodward during a bragging moment, would not have mentioned this investigation if he’d known about it.

Put another way, the system worked. Unlike four years ago when then-FBI Director James Comey broke protocol and announced that he was closing without charges an investigation into Hillary Clinton’s email use while Secretary of State — and then that he was reopening it before closing it again — the Justice Department now abided by its long-standing practice of speaking in court filings and not whispers or press releases. As much as Trump tried to bring Hunter Biden and his international business dealings into the 2020 race, federal investigators and prosecutors kept the whole affair at an arm’s length.

Reporting from across Washington tells us that prosecutors made a point of moving the investigation into a “covert” mode, meaning it was buried deep in the government so that the existence of the investigation was less likely to seep into politics. The investigation dates back to 2018, meaning there could be plenty the government already has — and plenty that doesn’t add up to anything criminal. Still, none of it splashed across campaign ads against Biden during election season.

There is reason to believe that this still could be a problem for the Biden orbit, though. Fox News published an FBI document from last year that suggests money laundering was a potential framework for the investigation. Sen. Ron Johnson of Wisconsin has fashioned himself into a one-man Biden prosecutor in the Senate. Legions of Trump supporters still have a baseless idea that the Biden family is a multibillion-dollar syndicate. And Hunter Biden has at times been his own worst enemy. In fact, there is more than a little suspicion that his interview last summer with The New Yorker, which confirmed a Chinese energy executive gave him a 2.8-carat diamond after a dinner and that Hunter doesn’t know what happened to it, provided some leads to prosecutors.

All of this hangs over the President-elect, who had planned to announce his pick of Attorney General next week. Any nominee Biden puts forward will have oversight over the U.S. Attorney for the District of Delaware’s investigation into his son. No matter who Biden nominates, the Judiciary Committee’s hearing on the pick will ultimately be dominated on the Republican side by questions about keeping a Hunter Biden probe going and free from White House interference.

While there is deep and rational skepticism about special counsels in Washington, it might be worthwhile for the Biden team to consider the merits of one at this moment. A totally independent investigation might be a giant and sprawling headache for the incoming administration, but it might be the best shot at restoring credibility to a Justice Department that has acted like a personal attorney for the incumbent President and his family. 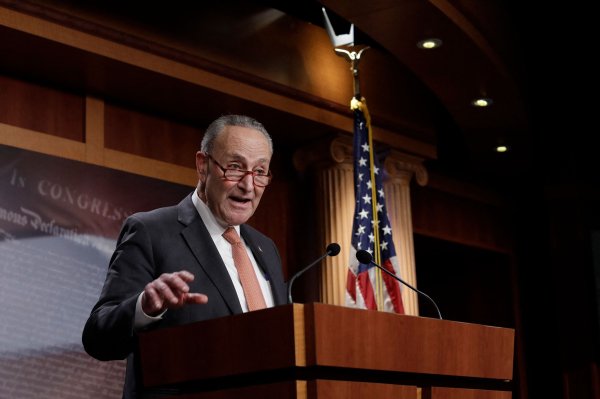 Congress Gives Itself Another Week to Chase Pandemic Relief
Next Up: Editor's Pick