Congress Gives Itself Another Week to Chase Pandemic Relief

Senate Minority Leader Chuck Schumer speaks during a press conference with members of the House Democratic Caucus on Capitol Hill in Washington on Dec. 8, 2020.
Yuri Gripas—Abaca/Sipa USA
By Philip Elliott

That seismic shake you felt last night just before 8 p.m.? That was the sound of House Speaker Nancy Pelosi and Senate Minority Leader Chuck Schumer slamming shut the bronze doors of the Capitol on the White House’s offer to tack its version of a coronavirus-relief package onto a must-pass government funding bill, now delayed by a week.

Pelosi and Schumer didn’t dismiss it quietly or even with a stern lecture to Treasury Secretary Steven Mnuchin, who is negotiating on behalf of the White House — and presumably all Republicans — after President Donald Trump’s late return to talks. No. The Pelosi-Schumer pair released a joint statement flatly rejecting the administration’s latest offer. It was, put simply, the Democratic leaders chucking out Mnuchin’s plan, which would have carried a deep cut to unemployment insurance for the tens of millions of Americans who are out of work because of the coronavirus pandemic. “That is unacceptable,” Pelosi and Schumer said.

That slamming-shut door was but one of three decisive thuds emanating from Capitol Hill last night. In a one-sentence order, Supreme Court Justice Samuel Alito rejected the latest effort to overturn the election results in Pennsylvania in a one-sentence snub to Trump’s allies. And the House of Representatives passed a defense bill that Trump had promised to veto. (It’s not clear if Republicans who voted for the measure will stick with it if Trump vetoes it, though.)

As night stretched on, talks continued for a last-minute pandemic deal largely ignoring Trump’s offer. If there were a solution to be found, it wouldn’t be coming from the White House.

Pelsoi, who had for months demanded lawmakers go big or go home on the next pandemic relief package, signaled on Friday an interim measure would work for her. Officials talked through the weekend and into Monday, but a bipartisan group of Senators couldn’t get much beyond a topline spending agreement of $908 billion as a stopgap until President-elect Joe Biden takes office on Jan. 20. Weary lawmakers were ready to blur ideological lines in the sand just to get something out the door. At best, they have a six-page outline but no legislation.

The plan of attack as the week began had been to attach some form of this relief package to the must-pass spending bill that funds the government past Friday. Instead, the House today is expected to pass a one-week extender of that bill, and the Senate will pick it up to give lawmakers more time to work out a COVID-19 deal. It’s classic Washington: facing a hard deadline that has been known for months, lawmakers are kicking the can down the road.

If Congress can’t get its act together by the end of the year, unemployment benefits will run out for 12 million Americans, a federal moratorium on evictions from properties backed by federally insured loans will falter, and a pause on student-loan repayment will end. Any of the three would send an already troubled economy spiraling downward again if they aren’t renewed.

There is a recognition in both parties that these popular programs need preserved. That’s not to say the talks on the table now are sufficient to either party’s mind. Democrats, led by Sen. Bernie Sanders of Vermont, are pushing for another round of $1,200 direct payments to Americans. Sen. John Hawley, a Republican from Missouri, says he has been urging Trump to demand the inclusion of these politically popular checks as a must-have piece of any legislation. And House Minority Leader Kevin McCarthy now says he and other Republicans want $600 checks.

Aides involved in the negotiations say a handful of sticking points keep coming up, but aren’t necessarily unresolvable. The bipartisan outline would provide $160 billion in relief to state and local governments that are running on fumes — or credit cards — as a result of the pandemic’s economic toll. Local governments hit hardest would be eligible for more aid, the aides said, but that has created an uneasiness among lawmakers who fear prosperous areas are being punished for having rainy-day funds. State and local aid, once considered a deal-breaker for Republicans, is less noxious these days than when talks began months ago; piles of ads in lawmakers’ backyards have helped the public see those dollars less as a bailout and more as a way to fund ambulance drivers and police officers.

Another point of contention is Republicans’ demands that the legislation essentially ban lawsuits for six months against businesses that kept their doors open during the pandemic. At its most basic level, this would tell the waiters bringing you to-go nachos that they can’t sue the restaurant owner if they get sick. This provision has been sacrosanct for McConnell. Sen. Mitt Romney, a Republican from Utah, earlier sought to strike a deal by giving businesses a shield for 2020 and then ask states to pass their own versions. That ran afoul of McConnell and Sen. John Cornyn, who is negotiating the liability shield for his fellow Republicans. There is no Democratic support for bending here — they object to liability limits altogether because they hurt workers — so this may be a losing proposition for Republicans.

Looking for a way out, McConnell earlier this week offered to give up this liability shield if Democrats dropped their money for local governments. Democrats immediately rejected it, recognizing theirs was a more popular notion.

But there is at least a base of agreement. Under the bipartisan plan, unemployed Americans would have a $300 federal supplemental payment to their state-based unemployment restored, similar to the plus-up they had access to during the early months of the pandemic. And no lawmaker is looking to defend inaction at this point. After all, the last major response from Congress to the pandemic passed back in March.

Still, we are about to enter a second winter debating the same problems, with, at best, a six-page outline to compromise floating around the Hill. Even with a one-week extension, things are far from settled. Especially given Trump’s seeming return to the talks. 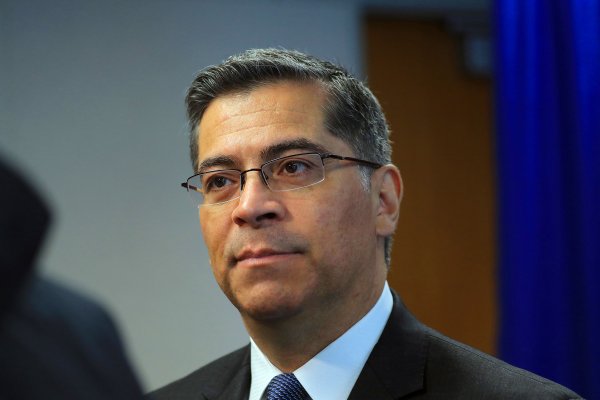 Why Joe Biden Can’t Seem to Make Anyone Happy With His Cabinet Picks
Next Up: Editor's Pick