Demonstrators hold placards while gathering in Peoples Park to protest against the death penalty, and a wave of executions at the Federal Correctional Complex at Terre Haute during the last months of Donald Trump's presidency.
Jeremy Hogan—LightRocket/Getty Images
By Madeleine Carlisle

The U.S. Department of Justice executed 40-year-old Brandon Bernard Thursday evening, despite vocal pushback from numerous advocates and high-profile figures. Fifty-six-year-old Alfred Bourgeois is scheduled to be executed Friday, bringing the total number of people executed by the federal government since July up to 10—the highest in a single year since 1896.

A third defendant, Lisa Montgomery, had been scheduled to be executed on Dec. 8, but a judge stayed her execution until Dec. 31 after both her attorneys contracted COVID-19.

After a 17-year hiatus, the Trump Administration resumed federal executions in July, and has since executed nine individuals, including Bernard on Dec. 10 and Orlando Cordia Hall on Nov. 19—the first people executed under a lame duck president in over 100 years. In an unprecedented move, the Administration is now speeding up its pace of executions further still, scheduling five more (including Bernard and Bourgeois) in December and January before President-Elect Joe Biden—who has pledged to end the use of federal death penalty—takes office.

In all of the 2000s, the federal government executed three people, for comparison.

Here’s what to know about the federal executions this week.

Alfred Bourgeois, 56, was sentenced to death in 2004 in Texas after he was found guilty of murdering his two-and-a-half-year-old daughter, who the Department of Justice says he also abused and tortured.

Bourgeois was originally scheduled to be executed on Jan. 13, 2020, but the execution was first stayed in November 2019 and then stayed again by a federal judge in March, who argued that his legal team presented compelling evidence that Bourgeois has an intellectual disability under current legal standards. (The Supreme Court ruled in 2002 in Atkins v. Virginia that executing someone with intellectual disabilities violates their constitutional protection against cruel and unusual punishment.)

However, that ruling was overturned by the 7th Circuit Court of Appeals on Oct. 6, and Bourgeois’s new execution date was set on Nov. 20. His legal team has filed a petition before the U.S. Supreme Court asking that his execution be stayed so a lower court can hold a new hearing on the evidence of his disability.

Bourgeois’s legal team has also filed for a petition clemency from President Trump this week.

The swiftness of the scheduling of these executions was the basis of a lawsuit filed jointly by both Bernard and Bourgeois’s legal team, who pointed to the provision of the U.S. Federal Death Penalty Act that says the federal government must adhere to the law of the state where the sentence was imposed: Texas in both cases. Texas law requires defendants receive 90 days notice of their execution, yet Bernard was only given 55 days, and Bourgeois was given 21 days, his team says. A judge denied the request on Dec. 6 on procedural grounds; the defense appealed the motion to a higher court, which rejected the motion on Thursday five to four.

Brandon Bernard was executed on Dec. 10

Brandon Bernard was executed Dec. 10 at the Federal Correctional Complex in Terre Haute, Ind., despite vocal pushback from several high profile figures and advocates. The U.S. Supreme Court denied a petition for a stay Thursday evening, clearing the path for Bernard’s execution to move forward, a decision Justice Breyer and Justice Kagan disagreed with and Justice Sotomayor dissented.

“Tonight, those of us who love Brandon Bernard—and we are many—are full of righteous anger and deep sadness,” Bernard’s attorney Robert Own said in a statement Thursday night. “Brandon’s execution is a stain on America’s criminal justice system. But I pray that even in his death, Brandon will advance his commitment to helping others by moving us closer to a time when this country does not pointlessly and maliciously kill young Black men who pose no threat to anyone, when we hold prosecutors to the highest standards of integrity in every case, and when our leaders exercise their moral authority where it is needed.”

Bernard was sentenced to death in 2000 in Waco, Texas, at just 18 years old, making him one one of the youngest people ever to receive a federal death sentence.

In 1999, three teenagers kidnapped Todd and Stacie Bagley at gunpoint, forced them in the trunk of their own car and drove around for several hours while trying to pawn Stacie Bagley’s ring. Bernard and another teenager joined the trio later in a separate car. Eventually one of the teenagers who had abducted the Bagleys, Christopher Vialva, shot the couple in the head while they were still in the trunk, killing Todd and knocking Stacie unconscious. Vialva then directed Bernard to light the car on fire, which he did.

The government tried Bernard and Vialva together as adults (the other three defendants were under 18 and were not charged with capital offenses.) Vialva was given the death sentence on three capital counts; Bernard was given life without parole on two counts and the death sentence on one. Vialva, who was 19 at the time of the crime, was executed on Sept. 22, 2020.

Bernard’s legal team had filed a petition asking President Trump for clemency—the process by which a governor, president or administrative board uses their executive power to reduce a sentence—arguing that Brandon was denied adequate legal counsel during his trial, has consistently expressed remorse for the crimes, has had zero disciplinary write-ups during his 20 years on death row and has dedicated his time to mentoring at risk youth.

Since Bernard’s execution was scheduled on Oct. 16, a growing number of advocates, including Kim Kardashian West, had publicly expressed support for the stay, arguing that the death penalty, which is usually understood to be reserved for the “worst of the worst,” should not be imposed on an accomplice who didn’t fire the gun.

“As he was in the chair his attorney called me and they just had their last call and said this…Brandon said he loves you and wants to say thank you again,” West tweeted Thursday night. “The most important thing to him that he said was a gift to his mom, sister, daughters and family was the validation the public support gave to his family.”

Five of the nine surviving jurors who sentenced Bernard to die had also since said they no longer believe Bernard should be executed. Eleven members of that jury were white; all five of the defendants charged were Black. Research has found that race and implicit bias can play a major role in how individuals are perceived, including a recent study that found that Black boys are often perceived as older and less innocent than their White peers.

“I felt that Brandon was a kid who got caught up with the wrong crowd, and I think that Brandon was prejudiced by being on trial with Christopher ViaIva. It made it hard for me to disassociate Mr. ViaIva’s role in the crimes from Mr. Bernard’s role,” one juror said in a statement provided to TIME by Bernard’s defense team prior to his execution. “His young age at the time does weigh on me. I do not believe that Brandon should be executed for bad choices he made when he was 18.”

Angela Moore, a federal prosecutor who defended Bernard’s death sentence on appeal, had also since reversed her position, urging in a Nov. 18 op-ed that Bernard’s life should be spared and that “executing Brandon would be a terrible stain on the nation’s honor.”

And on Dec. 8, The New Yorker reported that the Department of Justice’s pardon office had “strongly” recommended Bernard’s sentence be commuted to life, and repeated the recommendation in a report to the White House. 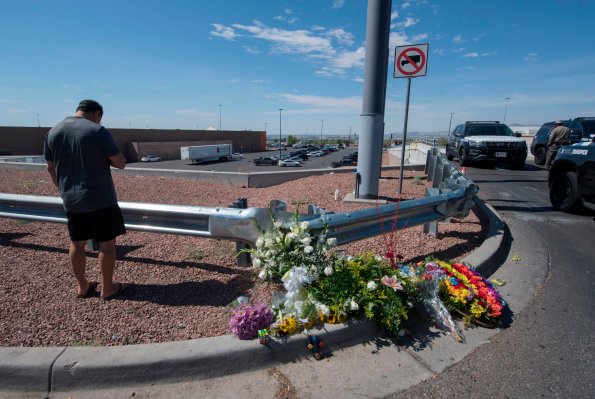