For months, House Speaker Nancy Pelosi held the line against a pared-down stimulus plan to prop up the coronavirus-hobbled economy. She insisted that Democrats needed to go big or stay stalled, arguing that this wasn’t the time for stopgaps or patchwork solutions.

On Friday, that changed. The most powerful woman in Washington stepped to the podium and told reporters on Capitol Hill that House Democrats were ready to accept something closer to the bipartisan $908 billion spending plan as a down payment on follow-up legislation to come next year. The slimmed-down spending — which is still larger than the entire Obama-era economic stimulus plan of 2009 — could be paired with a must-pass, $1.4 trillion government funding measure that faces an end-of-week deadline.

“That was not a mistake, it was a decision,” Pelosi said of her choice to demand for months a deal three times as large as what she’s now settling for. “That is a total game changer — a new President and a vaccine.”

The political point was probably the real game changer. Congress passed the CARES Act — the most recent significant COVID-19 package — in March, and lawmakers and the administration have been haggling over its successor ever since. It wasn’t certain that Biden would defeat President Donald Trump, so Democrats were treating this as their one shot at big-ticket items. With that assumption, Pelosi moved forward a sweeping set of proposals that at first were in the ballpark of $3.4 trillion. Pelosi had held firm that a CARES Act sequel must swing for the fences, including money for pension stabilization, college-loan forgiveness and a postal bailout.

Senate Majority Leader Mitch McConnell hung back, saying he would defer to Treasury Secretary Steve Mnuchin to suss out a deal that Trump would sign. As talks continued through the summer, the sticker price fell to $2.2 trillion. Then, with the election nearing, Trump blew up the talks and ordered Mnuchin to suspend negotiations, only to reverse himself on Twitter soon thereafter.

Pelosi’s midsummer calculation wasn’t necessarily wrong. Parts of the broadest proposal were incredibly popular and would have been politically easy to pass, such as a moratorium on evictions and delayed deadlines to repay student loans. But some of the thornier items on the Democrats’ agenda, like a soil conservation pilot program and tax deductions of teachers’ out-of-pocket expenses on classroom supplies, might have never made their way past Trump and Republicans. By lumping it all together, Pelosi anticipated an easier pathway for the latter. In other words, she needed to package the chocolate cake with the steamed broccoli to get the whole meal out of the kitchen.

Biden has urged Congress to do something now and they can try again after he is sworn in on Jan. 20, including, perhaps, getting some of the less popular items passed in a future round of funding. “President-elect Biden has said this package would be at best just a start,” Pelosi said on Friday. “It is less money, but over a shorter period of time, and we need to do it to save lives and livelihood with the hope that much more help is on the way.”

The fact the government stands to run out of money at the end of this week makes an interim COVID-19 package all the easier to jam past lawmakers who have their own ideological differences with this package, either as too big, too small or too scattershot. The next big offer, it seems, will wait until the 117th Congress comes to session next month with Biden waiting to do something he’s been jonesing to do since the 1970s: sign legislation into law. 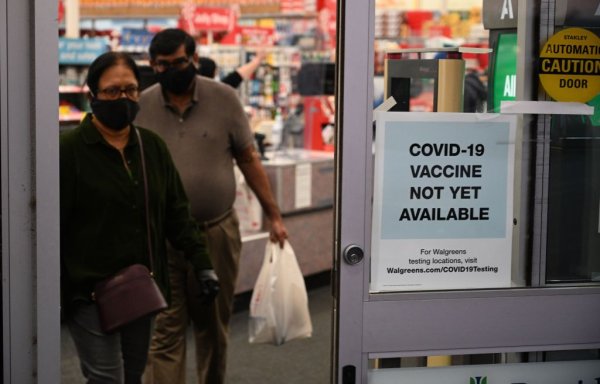