TIME illustration
By Olivia B. Waxman

TIME’s Dec. 14 cover crosses out the bane of a year that is 2020 with a big red “X.” It is the latest in a long tradition saved for some of the worst foes humanity has faced in the magazine’s history.

TIME has used a red “X” to cross out various things on its cover only four other times. The first time was 75 years ago, in 1945, to mark the death of Adolf Hitler (and later that year, a black “X” over Japan’s rising sun marked the end of the war in the Pacific theater).

The second use of the “X” came in 2003. This time it crossed out Saddam Hussein at the beginning of the Iraq war. The third “X” on TIME’s cover happened in 2006, when U.S. forces killed Abu Mousab al-Zarqawi, the leader of al-Qaeda in Iraq. The most recent usage of the “X” was in 2011, for the killing of Osama bin Laden.

TIME used the X to symbolize “the end of a long struggle,” from World War II to milestones in the war on terrorism, and in 2020, the world battles the COVID-19 virus. Just as TIME acknowledged that bin Laden’s May 2, 2011, death was “the end of an era in some ways, but not the end of our struggle against terrorism,” so TIME’s use of the red X in Dec. 2020 marks the end of a historic year, but not the end of the battle to curb the spread of this deadly virus.

That May 20, 2011, issue featuring the “X” over bin Laden’s face on the cover, also included reflections on how the 9/11 attacks affected Americans on the home front. As TIME’s then-Editor-in-Chief Rick Stengel wrote:

The impact of 2020 remains to be seen and certainly much more attention will be paid to how this historic year will shape future generations. 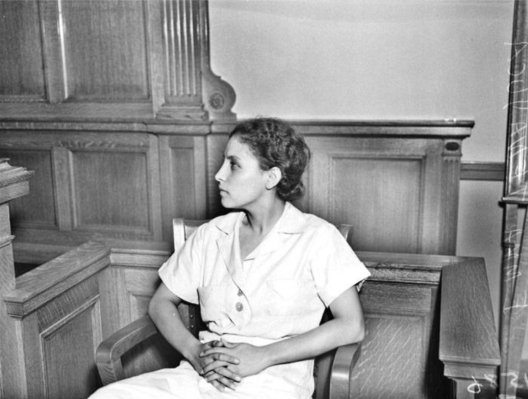