Kiss and Nirvana Inducted into Rock and Roll Hall of Fame

Gene Simmons, a member of the rock band Kiss, poses during an announcement that Kiss and Def Leppard will team up this summer for a 42-city North American tour, at the House of Blues in West Hollywood, California March 17, 2014
Jonathan Alcorn—Reuters
By Michelle Arrouas

Theatrical rockers Kiss, Grunge pioneers Nirvana and troubadour Yusuf Islam (formerly Cat Stevens) were among the artists inducted into the Rock and Roll Hall of Fame at a ceremony in New York Thursday.

It was the first time the two remaining members of Nirvana performed their music together since Cobain killed himself 20 years ago.

Two of the other inductees, Kiss and Linda Ronstadt, announced ahead of the ceremony that they would not perform, while the other inductees — the E Street Band, Peter Gabriel, Islam, and Hall and Oates — graced the stage with several of their respective hits 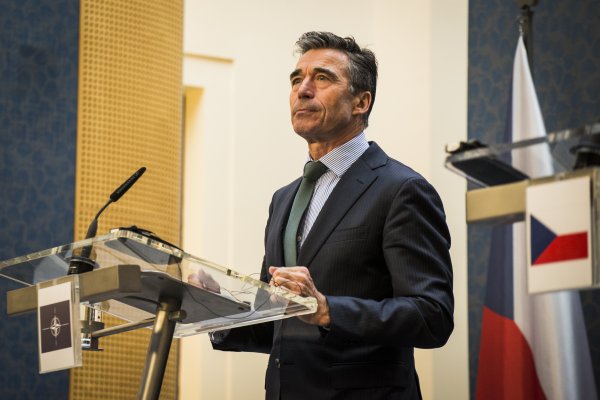 NATO Chief Says Moscow Is 'Ready for Combat'
Next Up: Editor's Pick