Anders Fogh Rasmussen speaks at a press conference in Prague on April 10, 2014. He issued dire warnings on the Russian troop build-up on Ukraine's border
isifa&mdash;Getty Images
By Per Liljas

Speaking in the Czech Republic, NATO Secretary-General Anders Fogh Rasmussen trashed Russia’s claims that the troops were on an exercise, and criticized Moscow for “stirring up ethnic tensions in eastern Ukraine and provoking unrest.”

“As I speak, some 40,000 Russian troops are massed along Ukraine’s borders,” he said. “Not training, but ready for combat.”

Meanwhile, pro-Russian activists are still defying a Ukrainian ultimatum to vacate state buildings they have occupied in the eastern cities of Donetsk and Luhansk.

Acting Ukrainian President Oleksandr Turchynov said protesters who disarm and leave the premises will be granted amnesty. But the occupiers, who are calling for Moscow’s intervention, haven’t responded to the offer.

Russian gas deliveries are crucial to the European economy, but even more so for Ukraine, which has been relying on Russia’s supply since independence.

A round of direct talks between Russia and Ukraine have been set for April 17 in either Geneva or Vienna.

U.S. President Barack Obama has called for global partners to “be prepared to meet further Russian escalation with additional sanctions.”

MORE: Is Moscow Behind Ukraine’s Unrest? 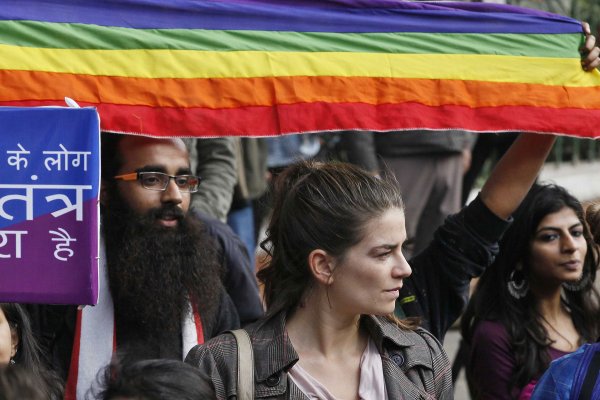