Why Does the AstraZeneca COVID-19 Vaccine's Efficacy Vary So Much? Here's What We Know

AstraZeneca’s COVID-19 vaccine is up to 90% effective, the company said Monday in a press release, making it the third pharmaceutical firm to report promising vaccine news, following Pfizer and Moderna. AstraZeneca, which partnered with University of Oxford researchers to develop its two-dose vaccine, reported efficacy from two different dosing regimens; one led to 62% efficacy and another to 90%, with an average, the company says, of 70%.

The company’s vaccine was initially developed by Oxford scientists, who started with a disabled cold virus that commonly infects chimpanzees. It’s a more traditional approach than the strategy used by Moderna and Pfizer, both of which relied on the genetic mRNA code from SARS-CoV-2, the virus that causes COVID-19. The Oxford team used the cold virus as a molecular Trojan horse (technically known as a “vector”) to disguise the true payload: material from SARS-CoV-2, which triggers the human immune system into action. The chimp virus helps to deliver the coronavirus more efficiently without causing actual COVID-19.

Among people who received a half dose of the AstraZeneca vaccine, and then a full dose about a month later, about 90% were protected from symptomatic COVID-19 illness. Among those getting two full doses of vaccine a month apart, 62% were protected from getting sick. None of the people receiving either regimen were hospitalized or became severely ill. And the company said no serious side effects were reported—an important consideration since the trial was halted in early September after a participant developed an inflammatory reaction. The study resumed in the UK a week later, and in Brazil several weeks afterward when health officials determined the side effect was not related to the vaccine, but the US Food and Drug Administration (FDA) did not approve resuming the trial until late October.

The data, part of a scheduled efficacy review, are based on 131 cases of COVID-19 among both the vaccinated and placebo groups. But because the full set of data has not been published, vaccine experts—including regulators—are still trying to figure out why the different regimens led to different results. “The different levels of efficacy with two different dosing regimens is scientifically intriguing,” says Dr. Jessica Justman, associate professor of medicine in epidemiology at Columbia Mailman School of Public Health and senior technical director of ICAP at Columbia, a global public health services group.

“We know with other [cold] virus vectors you do get immunity to the vector,” says Dr. Anna Durbin, professor of international health at Johns Hopkins University and an investigator running one of the U.S. COVID-19 vaccine trials. “It may be that the higher [first] dose induced more immunity against the vector so when the second dose came in, it didn’t express the [SARS-CoV-2] protein as well. But we don’t know that yet.”

It’s also possible that the discordant results have something to do with the way the trials were conducted. Testing of the half dose+full dose regimen, which was done in the U.K., began after the company’s combined U.K.-Brazil trials had started and many participants already received the originally planned two full doses. Fewer people received the former combination—nearly 9,000 people received two full doses, while only 2,700 received the half dose+full dose regimen. Those in the latter group have been followed for a shorter period of time, and simply may not have had enough time to develop COVID-19.

In the U.S. trials, however, all participants are still receiving two full doses of vaccine. Results from those tests could help to explain some of the discrepancy. “I will be very interested to see if we are going to see the same results or different results from the [U.S.] trial,” Durbin says. She also notes that it would be challenging to change the U.S. trials at this point to include a half-dose+full dose regimen—the vaccine trial design was vetted and approved before they began, and modifying them would potentially compromise the data, as scientists would no longer be comparing similar groups of people across different sites.

The U.K. and Brazil data also suggest that the AstraZeneca vaccine may be helping to prevent transmission of the virus. If true, that would be an “added bonus,” says Durbin. However, the company did not say how many of the 131 confirmed COVID-19 cases among trial participants tested positive but experienced no symptoms. In the U.K. and Brazil studies, the researchers tested volunteers weekly, so they could understand how many people developed asymptomatic disease, and study them for their response to the vaccine. In the U.S. study, people are only tested if they develop COVID-19 symptoms, meaning that among those who are positive, researchers are comparing how sick the vaccinated people get to how ill those receiving placebo get.

All of which means that the AstraZeneca results, while encouraging, leave a lot of unanswered questions. It’s not clear how the U.S. FDA will interpret the data, and whether it will recommend the half dose+full dose regimen, or require more data to be collected about that approach.

One factor that may play a role: with infections continuing to rise around the world, it’s becoming critical to vaccinate as many people as possible, as quickly as possible. And if the half dose+full dose regimen proves more effective when the final data are revealed, then it also has the advantage of immunizing more people with the same amount of vaccine. “It’s a win-win,” says Justman. “You get better protection and provide it to more people.”

But it’s still too early to tell whether that’s the case, and also too early to start making decisions about which vaccine you might choose if given the option. “The advice I would give today, on Nov. 23, is to sit back and wait and see what additional information comes out,” says Justman. “As much as we want all the information right now, I think we need to just be patient and let things play out through proper scientific and regulatory channels.” 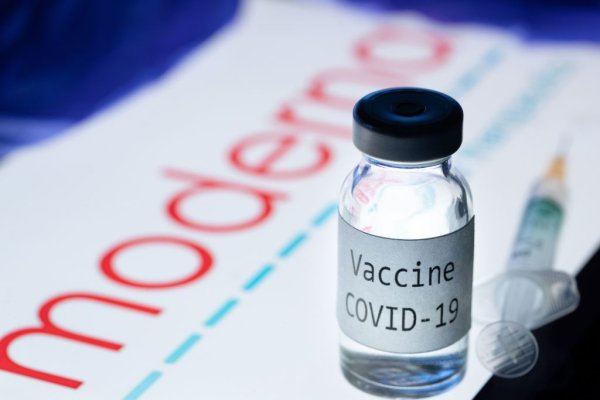 These Are the CDC Vaccine Committee's 4 Key Guidelines for COVID-19 Shot Distribution
Next Up: Editor's Pick