With A Promised Land, Obama Reminds Us He's America's Storyteller—And Holds Out Hope

Barack Obama knows how to tell a good story. He published his first memoir, Dreams from My Father, about his upbringing as the son of a Kansas-born mother and Kenyan father, at the age of 33. He entered the national political stage at the 2004 Democratic National Convention with a rousing speech on the promise of America. And throughout his campaign for president four years later and his two terms in office, he spoke to the American public with artful speeches using the power of his rhetoric to celebrate in times of triumph and to calm the nation’s nerves in times of hardship.

Obama’s storytelling captivated the country—and the world—in part because of his unique biography and oratorical abilities. But his stories also resonated, making him a bestselling author and then a national figure, because they offered a nuanced yet affirming narrative about America. He told us how the country was built, acknowledging the pain of the nation’s systemic injustices without getting lost in it, and offered a positive vision for our future. The U.S., he argued, is imbued with a set of ideals that have allowed it to slowly but surely overcome its checkered past and become a force for good in the world. “I stand here knowing that my story is part of the larger American story,” he said in his 2004 address. “In no other country on earth is my story even possible.”

Over the past four years, Obama has at times seemed like a distant memory, rising to the headlines sporadically when his successor has invoked his name in blame for problems. With President Donald Trump, we’ve heard a different story of America, one at once detached from truth and closely intertwined with the reality of centuries of American racism and xenophobia.

And so Obama’s A Promised Land, the first of his two-volume presidential memoir, seems to come at an ideal time. The 768-page tome is most immediately a thoughtful reflection on his career, including the first years of his presidency. Obama takes readers through the behind-the-scenes details of legislative battles like his successful fight for the Affordable Care Act and failed attempt at passing climate legislation, offering new details sure to titillate D.C. politicos. His insight into his mindset during his biggest presidential moments is a reminder of his thoughtfulness at a time when deep thought and reflection are desperately needed in the corridors of power.

But perhaps more importantly for America’s national project, from cover to cover, A Promised Land is a reminder of the narrative that Obama has spent his career enunciating. His preface opens with the declaration that he holds out hope for the country. His discussion of foreign policy makes the case for a robust U.S. presence on the international stage, a defense of American exceptionalism in an era when many on the left would rather speak of the nation’s many historic wrongs. On race, he treads carefully, much like he always has, acknowledging how the country’s history of oppression, which he describes as “centuries of state-sponsored violence,” continues to shape America today—while recognizing that many white Americans have, for the most part, moved beyond that racist history for the better. His search for a middle-ground on racial injustice—one that is rooted in the reality of systemic racism but believes in the possibility of change—is part and parcel of his search for a narrative that can unite the nation. “The idea that our common humanity mattered more than our differences was stitched into my DNA,” he writes. “It also described what I felt was a practical view of politics.”

Taken together, these chapters add up to a narrative of America that can seem distant today with so much of the news focused on Trump’s fact-agnostic tweets and the deserved revisiting of the legacy of injustice in this country. A Promised Land, much like Obama’s presidency and truly his entire career, makes the case for moving the story forward. “There are those who believe that it’s time to discard the myth—that an examination of America’s past and an even cursory glance at today’s headlines show that this nation’s ideals have always been secondary to conquest and subjugation,” he writes. “I’m not yet ready to abandon the possibility of America.”

In this divided age, it’s too much to ask of Obama or anyone else to write a book that can inspire the entire country. And, indeed, A Promised Land is not a national self-help book that will pull us back from the brink. But it offers a few hints about what the former president views as the necessary challenges to tackle ahead. Gently but assuredly, Obama takes on the Republican Party, whose elected officials challenged him at every turn. He deals sharp criticism to the media outlets that inadequately challenged Trump’s lies and broader GOP deception, describing Fox News as “a network whose power and profits had been built around stoking the same racial fears and resentments that Trump now sought to exploit.”

It’s a fitting critique for the moment. Joe Biden, Obama’s vice president, has won the presidential election and yet the country feels as divided as ever and in need of a unifying story. In recent weeks, we’ve heard from both longtime elected officials and newly elected members of Congress whose sense of sense of civics and history are lacking, to say the least. One Republican senator-elect failed to correctly identify the three branches of government and another Republican congressman-elect thought Congress issued the Emancipation Proclamation. Right-wing media outlets, as well as social media platforms, are elevating baseless conspiracy theories about the election outcome. And the central message from Trump and many Republicans who follow his cues centers on bitter grievances and division.

Biden has channeled much of Obama’s narrative, crafting a message of unity during his campaign and now in the early days of his transition. To work toward that vision, he’ll benefit from a coherent story of America—one that’s honest yet hopeful. 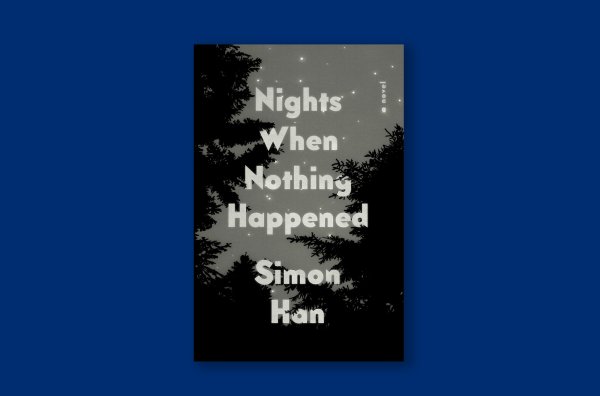 New Novel Asks if U.S. Immigrants Can Feel Safe
Next Up: Editor's Pick