Under President Biden the U.S. Military Must Lead the Way on Climate Change

The election of Joe Biden and Kamala Harris means the return of serious thought and action on the existential threat of climate change. Like so many issues in the past, the American military can, and should, lead the way.

The Pentagon uses more fossil fuels than any other organization on earth consuming two percent of all fossil fuels produced in the United States. It is big enough to be a market changer and accelerator for renewable energy. It has an imperative to move aggressively toward sustainable, clean energy for three main reasons: the first is climate change, which is one of the biggest national security challenges our country faces; the second is that it makes our military better warfighters; and the third is that such an action will save serious money at a time when the Pentagon, rightly, will be facing a future of lower funding for a number of reasons.

When I became Secretary of the Navy in 2009, one of the things that became the most obvious was how fuel—energy—could be used as a weapon either for or against us. This remains true today. As a warfighting and climate change measure, I moved aggressively to get the Navy and Marines off fossil fuels. The goal we set eleven years ago was that by 2020—now—at least half of all Naval energy, ashore and afloat, would come from renewable, clean energy. Were we successful? Ashore, the Department of the Navy met the fifty percent goal five years early and today two-thirds of all energy used to power our bases comes from renewable sources, mainly solar and wind but also geothermal, hydrothermal, and others. This represents 1.2 gigawatts of energy, which is more than enough to power a city the size of Orlando, Florida. And, by the way, over the lifetime of these projects, $400 million will be saved over what would have been spent using conventional energy. In spite of efforts by the Trump Administration to hurt renewable energy in every way it could, these renewables are locked in and couldn’t be undone.

The Marines are now making much of the energy they need where they are deployed using portable solar and wind. Just having rollable solar panels to put into their packs saves a Marine company 700 pounds of batteries which they don’t have to carry and don’t need to be resupplied. The same is true for some of our SEAL teams who make energy and clean water wherever they are without needing supplies to be brought in. It makes them better at their jobs.

When I left office in January 2017, at sea about 40% of energy came from non-fossil fuel sources. Nuclear is 17% and the rest was from a variety of biofuels. In 2011, President Obama directed the Departments of the Navy, Energy and Agriculture to come up with a national biofuel industry. Using the Defense Production Act, which has been in the news a lot around COVID-19, the Navy invested in biofuel refineries (while requiring at least a 2-1 private match). Because of this investment, now biofuels are increasing available and, importantly, are becoming cost competitive with conventional fuels. The Trump Administration stopped the program of buying biofuels by the Pentagon in spite of the harm it did to the military and the climate but they could not reverse the refinery investment or the effects it is having. And the Pentagon could very rapidly change back to renewables.

An order from the incoming Biden Administration telling the Pentagon to move very quickly to renewables would send a powerful message on climate change. Like so many things in the past—think the internet, GPS and flat screen TV’s—what the military does often quickly transitions into the civilian sector. Corporate America is already embracing renewables not just for climate change but for bottom line reasons since renewables are today cheaper than fossil fuels. The military’s aggressive switch could dramatically speed up what is already happening in the private sector and would help the transition away from fossil fuels that President-elect Biden has spoken about making a priority. Such an order would help save the planet, make the American military a better fighting force and move the United States into the new clean energy economy with its millions of new jobs. Not a bad day’s work.

As former Saudi Oil Minister Zaki Yamani famously said, “The Stone Age didn’t end because we ran out of stones. It ended because we invented something better.” This is exactly where we are today with the Oil Age. 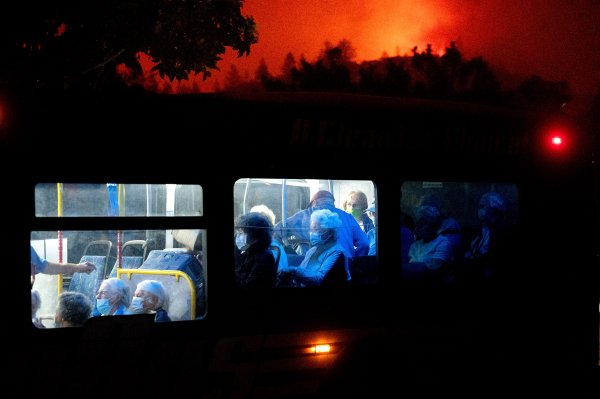