Jerry Seinfeld wants to stay out of the conversation about diversity in comedy, but he may not be able to stay blasé for much longer. In an interview published by BuzzFeed Brews and CBS This Morning, the iconic comedian was asked about the lack of diversity among the guests on his Comedians in Cars Getting Coffee Web series — and his answer is now driving the latest controversy over the racial and gender makeup of the comedy world.

Here’s what happened: when asked about the homogeneity of his guests, Seinfeld derided critics for paying attention to whether comedy programming like his series accurately represents the makeup of the population. “Who cares?” he said, elaborating that he has “no interest” in gender or race but feels that “PC nonsense” about diversity is “anticomedy” because it focuses on something other than whether or not a person is funny.

The interview has already sparked a debate over whether, as Gawker put it, that statement combined with his overwhelmingly white male slate of guests means he thinks “any comedian who is not a white male is also not funny” — or, on the other hand, whether Seinfeld’s statements are forward thinking, reflecting a desire for true meritocracy among comedians.

(MORE: The Cast of Seinfeld Reunites for the Super Bowl)

He may come to regret being so flip. The conversation about diversity in comedy has reached a boiling point in recent months, focused largely on Saturday Night Live. Comedians in Cars Getting Coffee is no SNL — it’s a conversation-based Web series rather than a sketch show, so there’s no need for him to find comedians who can do a varied set of impressions and characters — but the arc of SNL’s recent challenges with diversity illustrates why his comments can’t be written off.

The absence of a black female comedian on SNL made news when cast member Kenan Thompson said the situation was due to a lack of “ready” talent; the show’s executives refuted his statement by hosting auditions specifically to fill that gap, ultimately hiring Sasheer Zamata. Zameer’s favorable reception suggests that she was indeed ready — and she’s far from the only example to prove that there are funny people of all races and both genders, which means there’s no need to compromise on humor in the name of diversity.

As the comedy-world blog Splitsider explains, people are upset not because Seinfeld prioritizes humor over diversity, but that he’s saying — given the existence of funny people from a wide variety of backgrounds — that it’s “PC nonsense” to give any thought to the message sent by highlighting mostly white men. The very response to his statement, and to the whole recent history of diversity in comedy, shows that he’d do well to give it more weight. Even if he is being purely meritocratic, some comedians have already noted that the system doesn’t necessarily give all voices a shot, whether those exclusions are deliberate or the product of institutional factors. And, because that conversation started before Seinfeld got into it, his deciding to ignore it can’t make it go away.

The Women's March Invited Bernie Sanders. Then the Trouble Started

It’s possible that Comedians in Cars Getting Coffee won’t drive conversation for long enough to have an impact, but if the issue stays in the spotlight, Seinfeld’s perspective will lose. A continued lack of diversity on his show would prove his detractors’ point — and make him look racist and sexist, even if he’s merely failing to actively think about matters of race and sex — while increased diversity would seem to acknowledge that the “nonsense” isn’t so nonsensical at all. There’s no longer a way for a prominent comedian with Seinfeld’s level of influence to be so glib about the issue — especially given that of his 26 guests, only two have been women and another two have been nonwhite. (There have been no minority women guests so far.)

Thankfully, a victory for diversity isn’t a loss for humor. In SNL’s case, public pressure forced the show to become more diverse and, as it turned out, the added diversity didn’t hurt in the laughs department. If the parallel holds, his coffee-run passenger list may soon look a little different — and that new look will be diverse and funny. 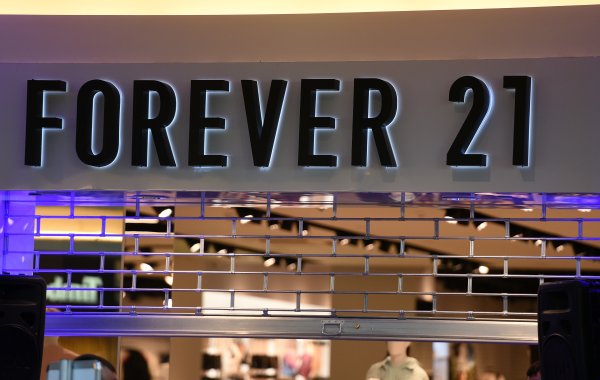