Our Dueling American Realities Remain. Biden, Harris—And All of Us—Have Much Work Ahead

Early last year, I went to a small dinner in New York for one of my predecessors in this job, former TIME editor turned best-selling biographer, professor and PBS host Walter Isaacson. We wound up talking about—what else?—the upcoming election. TIME had a particularly important role to play this season, Walter suggested, with the stakes so high and a record number of contenders in the mix. Why not do in-depth profiles, interviewing the major candidates so that we get to know not just their positions and platforms but who they are as human beings?

And so we did.

Correspondent Molly Ball had the winning hand, with profiles of both Joe Biden and Kamala Harris that captured the candidates searching for their places in a crowded party. (They found them.) Brian Bennett, who covers the White House for TIME, took us deep into the machinery of Donald Trump’s campaign. Asked if he, like every other modern President running for re-election, would reach beyond his political base, Trump said, “It might happen. But I think my base is so strong, I’m not sure that I have to do that.” (He didn’t.)

From there, our team of reporters and producers tracked a campaign of global importance as it met a pandemic of global impact, the two coalescing in a cover this summer about “The Plague Election.” They talked to voters, hundreds of them, and they reported on the flood of misinformation, spread this cycle not so much by foreign actors as by domestic ones.

“It’s a privilege to cover history from a platform like ours, but it’s also difficult and daunting, even before you throw in a raging pandemic and the President of the United States building his campaign around an attempt to discredit your work,” says Alex Altman, TIME’s deputy Washington bureau chief, who led our coverage alongside bureau chief Massimo Calabresi and senior editors Edwards and Krista Mahr.

Our cover this week, an image from the event where Biden and Harris delivered victory speeches on Nov. 7, includes the phrase from Biden’s remarks, and from Ecclesiastes, A time to heal. It’s reminiscent of a long-ago TIME cover following another season of division and pain, on the 1974 issue featuring newly inaugurated President Gerald Ford with the line The Healing Begins. (For some reason, as a 7-year-old, I stashed our family’s copy away and still have it after all these years.)

Healing is a long-running theme of Biden’s, one that Ball presaged in her original profile of him. “Joe’s a healer,” Biden’s wife Jill told her. “He feels people’s problems because he’s been through a lot of it himself.” Harris, too, echoed this in her victory speech, committing the new Administration to “heal the soul of our nation.”

This healing will not come easy. Biden’s win, projected by organizations from the Associated Press to Fox News, is statistically clear and in line with how every presidential election has been called for more than a century. State election officials have reported no irregularities that could affect the outcome, nor has the President cited any. Yet he is making an unprecedented effort to use the levers of government to resist. And of course there is the ongoing crisis reflected in the masks on the faces of the President-elect and Vice President–elect on our cover, a crisis that continues to disproportionately affect the health and livelihoods of the most marginalized in our society.

Our dueling American realities remain. Biden and Harris, and all of us, have much work ahead. 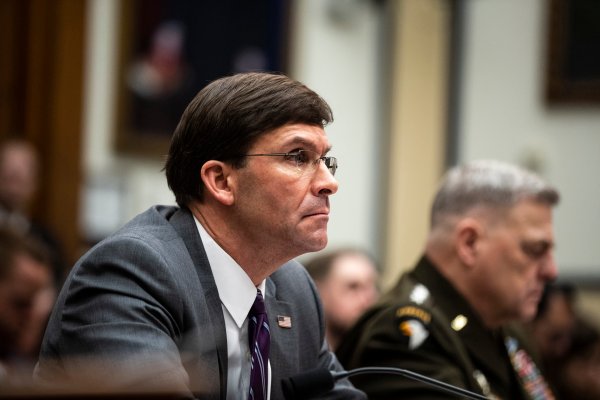