Will Thanksgiving Be a COVID-19 Disaster? In Canada, the Answer Was 'Yes'

As coronavirus cases and hospitalizations spike across the United States, public-health officials, local leaders and others are urging Americans to rethink their typical Thanksgiving plans this year. “I would encourage everyone to follow the [Centers for Disease Control and Prevention’s] guidelines and plan for a smaller dinner, with your immediate household family only,” New Jersey governor Phil Murphy said during a Nov. 5 press briefing; his state, like many others, is facing a frightening new wave. “We do not want anyone’s Thanksgiving to lead to more cases of COVID-19.”

Prolonged indoor gatherings of many people from different households, after all, are a major risk factor for viral spread. Moreover, it’s tough to keep a mask on when you’re busy shoving grandma’s turkey and stuffing into your face, and alcohol consumption can make people less careful about practicing social distancing. One especially alarming analysis suggests the odds of having at least one COVID-19-positive person at a moderately-sized Thanksgiving gathering this year could be nearly 100% in some hard-hit parts of the country, and only slightly less elsewhere.

Will this year’s Thanksgiving gatherings lead to more viral spread in the U.S.? For a decent prediction, we need only look to our friends to the north, as Canada celebrated its version of Thanksgiving almost exactly a month ago, on Oct. 12. While Canada was already on an upward trajectory for COVID-19 even before Thanksgiving, several Canadian experts told me that, yes, the holiday almost definitely made things even worse.

“It’s not that we were flat and all of a sudden Thanksgiving happened and there we see an increase,” says Dr. Laura Rosella, associate professor and epidemiologist at the Dalla Lana School of Public Health at the University of Toronto. But, she adds, “the reason why we’re fairly confident Thanksgiving did increase cases is that we saw our highest numbers yet in the two weeks following Thanksgiving, which is consistent with the incubation period, when people would show symptoms and get reported.”

Furthermore, Rosella says Canada’s post-Thanksgiving increases are coming even as it’s getting harder for some Canadians to get tested; more cases with less testing suggests truly explosive growth. “Because our testing was getting strained, the requirements for getting a test actually became stricter,” she says. “So we’re seeing more cases even though we had to change the criteria for testing such that only those who are in high-risk situations and are symptomatic are getting tested.”

Rosella also added that contact tracing efforts showed that Thanksgiving gatherings directly resulted in viral spread—useful and informative information that wouldn’t show up in the overall numbers above, but underscore the importance of an effective testing and tracing program.

Dr. Matthew Oughton, assistant professor of medicine at McGill University and attending physician in the infectious diseases division of Montreal’s Jewish General Hospital, adds that Thanksgiving’s impact might have shown up even more prominently in the data, if not for some Canadian provinces’ decision to implement new measures, like shutting down indoor dining and movie theaters, around the same time as the holiday.

“Although we didn’t see a huge surge in the number of cases in Ontario and Quebec, what’s actually striking is that we didn’t see the decrease that you would have expected to see as a result of those lockdown measures,” says Oughton. “One of the theories is that at the same time the lockdown measures should have been bringing things down, it was actually Thanksgiving pushing those numbers back up.”

As it did in Canada, American Thanksgiving is coinciding with two other dangerous trends: COVID-19 cases are spiking across the country, while “pandemic fatigue”—people’s sense of being straight-up sick and tired of changing their behavior to help curb viral spread—appears to be rising. Even people who are being careful in their everyday lives may view Thanksgiving as an exception, a chance to pretend everything’s normal for a day. But the virus doesn’t care if it’s a holiday or not, of course.

Many Americans, this writer included, are planning on a pandemic-safe Thanksgiving, foregoing the usual big in-person family gathering in favor of a smaller meal and a hangout over video chat. But others will likely ignore experts’ warnings and gather regardless of the danger. Indeed, nearly 2 in 5 Americans are planning on gathering with more than 10 people this Thanksgiving, according to a new Ohio State University survey. So what can people do to try to reduce the danger if they insist on getting together in person?

“All this virus needs is close contact for a prolonged period of time, and especially indoors, because there’s poorer ventilation,” says Oughton. Distancing is better than not distancing, he says, and having an outdoor celebration, where the weather allows, is also preferable, given the better natural ventilation. If you can’t have Thanksgiving outdoors, Oughton says, consider keeping the windows open to improve ventilation, or rethinking how you seat people. “Can you have people seated farther away, so instead of just the one family table, can you have a few smaller tables?” he says. “Or do you have people get their food and sit down, but again with distancing so at least you can be together and have a meal together even if you’re still sitting at least six feet apart?”

Still, Oughton echoes the advice of many other public-health experts, saying that it’s better to connect with extended family online this year to help ensure everyone’s happy and healthy for next year’s holiday season—especially given that some family members, like grandparents, are more vulnerable to severe COVID-19 due to age and other potential factors.

“It’s not the same thing as being able to see them and hug them in person, but then again,” he says, “I wouldn’t want to have a nice Thanksgiving and then find out two weeks later that one of them landed in the hospital.” 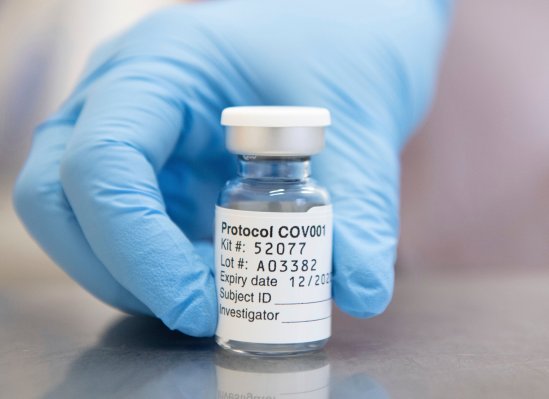