Months after first teasing the news, Apple on Tuesday unveiled a trio of Mac desktop and laptop computers powered not by Intel processors, but by its homemade M1 chip, an ARM-based design that more closely resembles those typically found in smartphones and tablets, like the iPhone and iPad. The switch marks the second major change to the silicon powering Apple’s Mac lineup, the first occurring in 2005 when the company ditched PowerPC processors for Intel guts.

The first new Mac computers to use Apple’s M1 chip include new MacBook Air ($999) and MacBook Pro ($1,299) laptops, as well as a refreshed Mac Mini ($699), the company’s puck-sized standalone desktop offering. All three are currently available for pre-order; shipments begin next Friday.

Apple’s ARM-based M1 chip utilizes what’s called a “system-on-chip” design, incorporating what were once disparate elements on a computer’s motherboard into a single chip designed to handle multiple aspects of computing with improved efficiency and less power use. Because they’re generally less powerful but more energy-efficient than rival options, ARM chips have traditionally been used only in mobile devices. But recent improvements in both hardware and software have made ARM-based desktop and laptops possible, too—Microsoft, for instance, is using an ARM chip in its Surface Pro X.

In practical terms, Apple says the M1 should bring benefits like better battery life (for the MacBooks, anyway; Apple says the Air could get up to 15 hours of uptime on a single charge), more impressive graphics and new machine learning capabilities, similar to those found on the latest iPhones. Since they share the same DNA, so to speak, the new Macs will easily run iOS and iPadOS apps. To run Intel-specific apps on the new Macs, however, users will have to rely on Apple’s Rosetta 2 software; compatibility issues may yet arise as they did with Microsoft’s ARM-based Surface.

Other than the chip change, the new MacBooks and Mac Mini feature basically no major design tweaks. That’s a bit of a bummer, especially considering they have a number of limitations, like a 16GB RAM ceiling, an outdated 720p webcam, and no form of expandable storage to speak of, user-friendly or otherwise. The lack of a better webcam is especially unfortunate, given that the worsening COVID-19 pandemic means many of us will still be working or learning via video conferencing software for a while longer. While a longer-lasting MacBook sounds plenty appealing, it’s probably worth waiting for the reviews to come in before placing that pre-order. 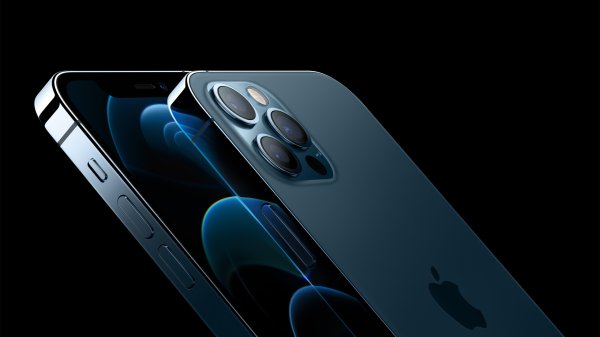 There Are Perfectly Good Reasons to Upgrade to an iPhone 12. 5G Isn't One of Them
Next Up: Editor's Pick