Think the current map of congressional districts is ridiculously gerrymandered in a way that gives Republicans unfair favor? Brace yourselves. It’s about to get worse.

A week after voting ended in the presidential race that is sending Joe Biden back to the White House, a look down-ballot shows Democrats did fairly poorly. At best, Democrats claw their way to a tie in the Senate, assuming voters in Georgia give run-off wins to both Democrats campaigning hard there and deep-pocketed Republicans don’t block that. The House’s Democratic majority narrowed, prompting internal recriminations about polling, messaging and blame. Republicans picked up another governor’s office in Montana on a national map that’s already awash in red.

But it’s the state legislatures where The D.C. Brief returns today because, in most states, these are the local officials who actually draw the district maps for the U.S. House of Representatives.

Every 10 years, after the Census, states redraw the boundaries of each of the 435 Congressional districts in the country. The underlying idea is that every district should have roughly the same number of people in it, so this way larger states with greater populations can offset their disadvantages in the Senate, where every state regardless of size has two votes. In most states, whatever party has control of the legislature will have control over the redistricting pen — and the future composition of the House.

For some states, like Montana and its one House member, drawing the line is simple — just circle the whole state and move on. For others, where partisans can carve out advantages here and script irrelevance there, it’s a make-or-break moment that can decide which party has a lock on control of the House for the next 10 years. A housing project here and a cul de sac there can determine whether a political party has any viability to even recruit a candidate to make a stand.

At the hyper-local level of state legislatures, where wins can be decided by dozens of votes, Democrats fared poorly. Facing an electoral shut-out last week, they now have zero say in how Texas, North Carolina and Florida draw the borders of battleground districts. Democrats fought hard to hold their control of chambers in Colorado, Minnesota and Maine, blocked a super-majority in Wisconsin and picked up super majorities of their own in Delaware and Connecticut. But both chambers of the New Hampshire legislature flipped to Republican hands. Efforts to flip Iowa, Michigan, Minnesota, North Carolina, Pennsylvania and Texas all seem to have failed. In Arizona, Republicans appear to be on a path to keep their majority, too.

Final tallies are still coming in, so the full picture of Democrats’ drubbing isn’t yet clear. But after millions of dollars — and unprecedented attention — to get back in control of redistricting, the outcome is clearly disappointing to a party that started at a disadvantage. In terms of raw numbers, Democrats had only 5% fewer seats in state legislatures than Republicans. But those 384 seats were in the right spots that allowed Republicans to control 55 of the 99 state legislative chambers in the country.

Looking ahead, this disadvantage is set to continue. One study suggests, when all the results are in, Democrats will be able to unilaterally draw the boundaries of just 76 districts, while Republicans will be able to unilaterally draw 181. Even in Virginia, where Democrats have the House, the Senate and the Governor’s Mansion, voters last week decided to let a non-partisan redistricting commission sketch the lines, as 124 seats in Congress are set to be drawn aside from politics. The remaining seats will be decided in state capitals where power is divided.

Why does any of this matter? Aside from determining the future composition of the House, if you hate partisan posturing, it’s likely to get worse. Gerrymandered districts aren’t just annoying in that they are explicitly designed to keep one party from winning. They reward the worst partisan impulses. If a district is drawn to be deeply Democratic, any Democrat who tries to find compromise with a Republican is vulnerable to retribution from the left for betraying the party. It’s how Alexandria Ocasio-Cortez was able to run to the left of a New York Democrat who may have been the next Speaker of the House — and oust him. It’s also what the Republican Party faced in the early part of this decade as the Tea Party ran primaries against less-than-ideologically pure figures on the right.

As with so much in politics, everything old eventually becomes new again. 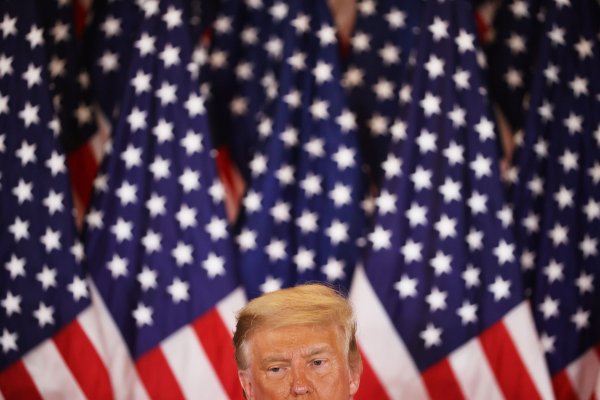 Why Trump’s Refusal to Give Biden Office Space Matters
Next Up: Editor's Pick