If Biden Is Going to Rebuild the International Order, He'll Need a Friend Like the U.K.

Joe Biden's projected US presidential election victory is seen on the front pages of British newspapers on Nov. 8, 2020 in London, United Kingdom.
Peter Summers—Getty Images
Ideas
By Tom Tugendhat
Tom Tugendhat is a Conservative member of the U.K. parliament and chairs the foreign affairs select committee

Biden staffers walking into the White House in January won’t find the building as they left it in 2017. The world has changed and the issues they’re facing have evolved. This isn’t just about coronavirus. From China to climate change, the options are different and their partners have not stood still.

Four years of President Donald Trump have left some allies questioning the consistency of Washington’s word. Others, feeling emboldened by his administration to stand up to regional threats, now look nervously at the future. Transfers of power are always tough, but this one is tougher than many.

The rate of change globally has been accelerating. China’s growing economic strength has put relationships under pressure as it sets benchmarks in emerging fintech, climate change technology and more.

That’s a whole new world to come back to for those who left just four years ago. That’s why old friends matter. Tensions and ongoing challenges like past comments and the Irish border create problems that must be addressed. But history shows our relationship is deeper than passing politics or current events. It’s founded in a shared vision of the world and the willingness to act.

Since the peace after the War of 1812, the building blocks of our alliance have been deep and enduring interests. As Britain’s global reach has waned, the U.S. has seen its power and influence grow on the basis of the same principles of trade and the law.

The next year will give us two major opportunities to show that cooperation at its best.

The first is at UN COP26 in Glasgow. In November, the U.K. will be hosting the most ambitious climate conference since Paris in 2015, at a time when net zero carbon targets are appearing across the world. That’s an opportunity for the Biden team and the U.K. to reset the balance.

Currently the world leader in battery technology, China has set the pace on green energy. It controls much of the market in raw materials needed to produce power in coming decades. That means they have huge influence on setting and meeting ambitious carbon targets. Climate change is now about energy independence just as much as it was in the days of unquestioned oil primacy.

But the difference is in reach. Over the past five years, the Communist Party led by General Secretary Xi Jinping has become a strategic challenger wider than any oil state. Firms from Ant Group’s Alipay to Tencent’s Weibo now run payment platforms that are showing an alternative to dollar-denominated trade. That’s a powershift away from the Fed and the U.S. that no Middle Eastern currency ever achieved.

The second opportunity will be at the G7 summit, also to be held in the U.K. next summer. The world is changing beyond energy as the operating code of the global economy is being rewritten in Shenzhen and Silicon Valley. This is a moment to rethink how democracies work, and who our partners are. This will be the moment for these seven economic giants to coordinate a response.

But again, the partnership must be built on more than most of the seven offer. It isn’t enough to be economically powerful, nor to have a voice. True partners in the challenges we face need both economic and military strength, and the willingness to influence events. The conversation will need to be about more than China and climate change, it will need to include tech and democracy.

The British government’s suggestions so far lacks the imagination to succeed. Adding Australia, South Korea and India to make a “D-10” or G7+3 would be a software update. What we really need is a systems upgrade.

Working together, the U.S. and U.K. could build a new network of partnerships based on areas of work we want to do together: promoting democratic mutual support, bringing accountability to the internet, collaborating on climate change, trade norms, regulatory standards, and so much more.

By sharing cooperation on a series of circles of action, the vision we both share could be partnered with countries like France, Germany and Japan whose ambitions and interests match our own. Together we can rebuild the architecture that brought some 70 years of peace and prosperity to the world, that has sadly been weakened in recent years.

Re-engagement with the U.N. would be a start. The list of members of the UN Human Rights Council shows where we could start. Countries with records of violations from Cuba to Venezuela use the organisation to cover up and try to cast blame on others. Elsewhere, China and Russia are using the International Telecoms Union to try to turn the world wide web into a bedside mole. If we’re to reverse this, we need to use the influence we already have and mobilize allies.

Even groups we’ve supported more than most have become tools of our rivals, as the World Health Organisation has shown. Last year, around a third of the $4.4 billion budget came from the U.S. and U.K. Even Rotary International gave $168 million — more than double China — but we are shy at exerting our influence and Beijing is not.

Since the end of the Cold War, democracies have acted like we’ve won. We’re wrong. We’re being challenged on every level and we need to coordinate a response. That’s what the Special Relationship is for, it’s the building block for so much more. President-elect Biden knows who will be there when it counts. That’s why our partnership matters. 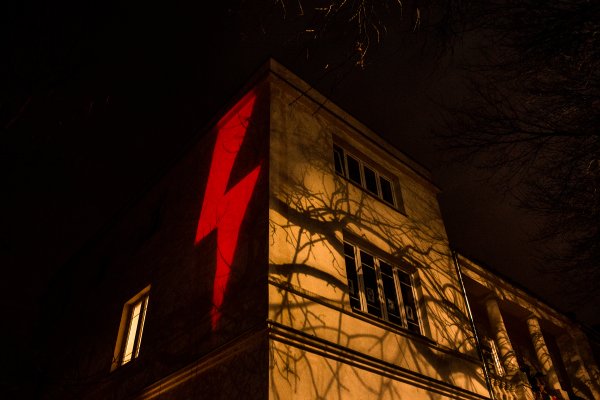 Poland’s Constitutional Court Has Effectively Banned Abortion, But We Will Not Stop Fighting For Our Fundamental Rights
Next Up: Editor's Pick