Joe Biden and Kamala Harris Announce Their COVID-19 Advisory Board

On Nov. 9, the Biden-Harris transition team announced the members of its COVID-19 advisory board, and met with them for several hours in a virtual conference before President-elect Joe Biden made remarks stressing the importance of mask wearing as a continued “weapon” in the fight against COVID-19.

“As we work toward a safe and effective vaccine, the single most effective way to stop the spread of COVID-19: wear a mask,” Biden said, as he held up his own mask. “The head of the CDC [Centers for Disease Control] warned this fall that for the foreseeable future, a mask remains the most potent weapon against the virus.”

The message was a stark contrast to the position taken by the Trump administration, which has not fully supported public health measures including mask wearing and social distancing, despite the advice of public health experts. Biden’s plea sets a distinctly different tone for how his administration will approach the pandemic and the role that scientific advice will play in guiding federal, and ultimately state, policies in addressing COVID-19.

A statement announcing the board members stressed that the goals of the board will include working with state and local health officials “to determine the public health and economic steps necessary to get the virus under control, to deliver immediate relief to working families, to address ongoing racial and ethnic disparities, and to reopen our schools and businesses safely and effectively.”

The board is co-chaired by Dr. David Kessler, former commissioner of the Food and Drug Administration (FDA) under George H.W. Bush and Bill Clinton and currently a professor at University of California San Francisco; Dr. Vivek Murthy, former Surgeon General under Barack Obama and Trump; and Dr. Marcella Nunez-Smith, associate dean for health equity research at Yale School of Medicine whose research focuses on providing equal access to healthcare, especially for marginalized populations.

The other members include Rick Bright, a virologist who formerly headed the Biomedical Advanced Research and Development Authority (BARDA) under the Trump administration, and who has advised the World Health Organization and the U.S. Department of Defense on public-health preparedness. Bright filed a whistle-blower complaint last spring stating that his warnings about the dangers of COVID-19 were dismissed and alleging that he was removed from his BARDA position after noting the lack of solid evidence supporting the benefits of hydroxychloroquine, which Trump touted. His appointment to the board is a signal that the Biden team is prioritizing science in guiding its pandemic response.

Biden noted that global health leaders are also part of the board, in order to “restore U.S. global leadership to fight this pandemic.” For example, included are Dr. Luciana Borio, vice president at In-Q-Tel, a technology-focused company that provides tech-based solutions to security issues, and a senior fellow at the Council on Foreign Relations focusing on biodefense and managing public health emergencies; Borio has previously worked in the FDA’s office of counterterrorism and emerging threats. There is also Loyce Pace, executive director and president of the Global Health Council, who has worked with patient and scientific advocacy groups in the U.S. and around the world.

The team also includes a physician on the frontlines of the COVID-19 response, Dr. Robert Rodriguez, a professor at University of California, San Francisco. And the board is rounded out by former government advisors such as Dr. Ezekiel Emanuel, chair of medical ethics and health policy at the University of Pennsylvania, who has advised the White House Office of Management and Budget and the National Institutes of Health; Dr. Atul Gawande, professor at Brigham and women’s Hospital and Harvard Medical School, who advised the Department of Health and Human Services during the Clinton Administration; Dr. Julie Morita, executive vice president of the Robert Wood Johnson Foundation who served on the CDC’s immunization advisory committee; and Dr. Eric Goosby, a professor at University of California San Francisco who served as the U.S. Global AIDS Coordinator and Special Envoy for tuberculosis for the U.N. Secretary General; as well as state public-health experts such as Dr. Celine Gounder, a professor at NYU Grossman School of Medicine who served in the New York City Department of Health and Mental Hygiene, and Dr. Michael Osterholm, director of the center for infectious disease research and policy at the University of Minnesota who worked in the Minnesota Department of Health as an epidemiologist. 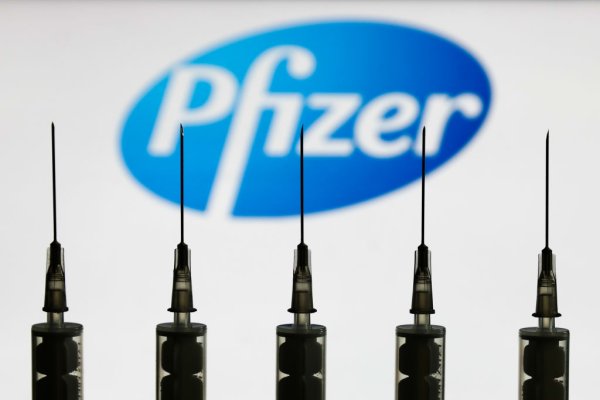