The finance guy has been a stock character ever since Gordon Gekko slithered onto the screen in 1987, with his slicked-back hair and suspenders, preaching the gospel of greed. If Wall Street created the crude, cocky, womanizing, cocaine-hoovering, white-guy archetype, then American Psycho took it nuclear with Patrick Bateman, a Reagan-era psycho killer who sauntered off the pages of Bret Easton Ellis’ 1991 novel into Mary Harron’s scathing satirical film from 2000. The Great Recession touched off another wave of finance bros: The Big Short, Margin Call, The Wolf of Wall Street, Wall Street sequel Money Never Sleeps and, on TV, Billions. We’ve seen a handful of nominally diversified variations on the theme, from Mike Nichols’ post-feminist touchstone Working Girl to Black Monday, a Showtime comedy about Black, queer and female outliers at an upstart firm in the mid-’80s. Yet neither the interchangeable Type-A personalities nor the noisy, overstimulated, testosterone-poisoned genre has evolved much over the course of two generations during which public opinion toward finance has shifted.

Which is why it’s surprising to see HBO’s Industry—a smart and contemporary, if almost comically libidinous, take on London high finance—attract so little advance attention. Premiering Nov. 9, the ensemble drama follows a cohort of post-collegiate recruits at the fictional firm Pierpoint & Co. This so-called “graduate” program pits the entry-level workers against one another for permanent job offers, in a competition made extra awkward and stressful by the fact that they’re also the center of each other’s social lives. Amid an atmosphere thick with performative confidence, where a tiny mistake could end a career before it’s properly begun, new hires must not only prove their mettle, but also calculate how their race, class, gender and sexuality might influence their prospects in a field that isn’t exactly known for its tolerance.

Instead of giving us Wall Street with smartphones, the show’s young cast reflects a financial services industry that is at least trying to create the appearance of inclusion. Yasmin (Marisa Abela of Cobra) is a well-connected rich girl who struggles to assert herself at the office, where she’s the one who always seems to get sent on coffee runs. An ambitious Thatcher worshiper, Gus (David Jonsson of Deep State) has Eton and Oxford on resume; he’s also Black. Hari (Informer star Nabhaan Rizwan) is the workaholic of the bunch, while gawkily handsome Robert (Harry Lawtey from The Letter to the King) is the working-class striver who shows up in the wrong kind of suit, without realizing he was supposed to cut the tag off the sleeve.

The show’s most mysterious figure, and most obvious outsider, is de facto protagonist Harper, an American of mixed-race heritage and humble means who’s played with insight, intelligence and low-key intensity by relative newcomer Myha’la Herrold. In an opening job-interview montage that introduces each character, Harper—who, unlike her Oxbridge and Ivy League peers, graduated from a state school—proclaims: “I think mediocrity is too well hidden by parents who hire private tutors. I am here on my own.” This is, by her own admission, her ninth such meeting, and it’s not hard to guess why. But her appetite for risk finally pays off; not only is she accepted into the graduate program, but she finds a mentor in her interviewer, Eric (the wonderful Ken Leung), another bold American outsider who’s proven to be a sales superstar at Pierpoint. “Every successful business,” he replies, “is full of people who’ve spent money nurturing unremarkable talent.” What they share, most of all, is a drive to push past privilege and make the finance industry function as the meritocracy it so often claims to be.

A simpler drama would make Harper an easy-to-love underdog. Instead, first-time creators Mickey Down and Konrad Kay do her justice by writing a layered character who holds the viewer as well as her colleagues at arm’s length, ever wavering on the line between hero and antihero. She has, for example, conspicuously failed to deliver the university transcript Pierpoint requires. In the absence of an immediate explanation, we’re led to believe that—like Tess McGill in Working Girl and Wolf of Wall Street author Jordan Belfort before her—she’s a bit of an imposter. For all her natural talent, she can also be worryingly reckless. How far she’ll go, and how many friends and allies she might betray, to stay at Pierpoint is constantly in question.

There’s a soapy element to Industry. The characters all seem to have voracious appetites for sex as well as success; there are love triangles, closet cases, flirtations with BDSM. Though Harper’s enigmatic past is convincing on its own, the number of explosive secrets per capita among the graduates starts to strain plausibility. Thankfully, a spare, almost documentary-like visual style counteracts the silliness. (Lena Dunham, an executive producer of the show, directed the premiere, but her work blends pretty seamlessly with what follows.) Down and Kay add to the verisimilitude with dialogue that feels both cerebral and, most of the time, realistic for such an overeducated, extroverted crowd. “All the best friendships start as conspiracy,” Yasmin’s scuzzy supervisor Kenny (Conor MacNeill) tells her, paving the way for her to accept future bad behavior.

Most perceptive of all is how the show depicts the dynamic within this very specific 21st-century milieu. Unlike the fusty, blue-blooded ’80s relics poring over the Financial Times who are their eldest coworkers, the 20- and 30-somethings of Pierpoint know how to be politically correct. Yet the most privileged among them delight in offending liberal sensibilities, and the others seem aware that their acceptance into the firm’s the inner circle depends on ensuring they’re seen as good sports. These are characters who may be intimately familiar with identity politics, but who—in contrast to the vast majority of young adults depicted in pop culture—have zero desire to discuss them in earnest with one another. At a dinner party, one white guy launches into a coked-out rant on “woke capitalism,” in which “I pretend to care about Black people” and “you pretend to hate capitalism.” Harper proves that she can hang by teasing him: “Do you pre-rehearse those little nuggets?”

Besides, Harper has no intention of pretending to hate capitalism. She’s a true believer, and that probably says more about her now—in the era of Bernie Sanders and AOC—than it would have during the Reagan years. This is what unites her with her colleagues. Their many differences aside, as some of the first members of Gen Z to enter the workforce, they all fit uneasily into a generation that’s far more critical of market capitalism than its predecessors. And in some of its best, most subtle moments, the show reveals that they know it. Within that social context, Industry is itself a risky wager: Is there even a market for characters like these in 2020? So far, I feel surprisingly bullish. 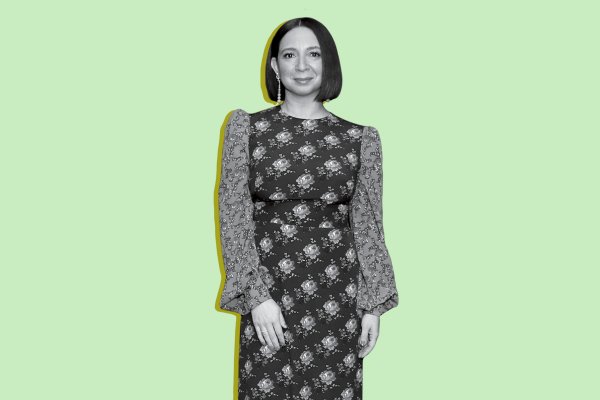 Maya Rudolph Is Ready For 4 Years of Kamala Harris
Next Up: Editor's Pick