Hillsong's Carl Lentz, Megachurch Pastor to the Stars, Admits Infidelity After Being Fired Over 'Moral Failures'

p(NEW YORK) — Carl Lentz, the celebrity magnet of a pastor who brought the global megachurch Hillsong from Australia to the United States, has been fired, acknowledging on Instagram that he cheated on his wife.

The leader of HillsongNYC, who once ministered to Justin Bieber and a bevy of other celebrities and sports stars, wrote: “When you lead out of an empty place, you make choices that have real consequences. I was unfaithful in my marriage, the most important relationship in my life and held accountable for that.”

Lentz and wife, Laura, who met as students at Hillsong’s training college in Sydney, arrived in New York in 2010 to spread the church’s style of mass gatherings, a slick online reach and Grammy-winning Christian rock music throughout the U.S. The church is popular among millennials and others.

The couple lives in Montclair, New Jersey. They married in 2003 and have three children.

Brian Houston, a global senior pastor and founder of Hillsong, said in a message to the church’s East Coast congregants Wednesday that Lentz was fired “following ongoing discussions in relationship to leadership issues and breaches of trust, plus a recent revelation of moral failures.”

Globally, more than 100,000 people attend weekly services at Hillsong in about 20 countries, including more than 10,000 at several locations in the United States. The church is known for its young, tattooed leaders like Lentz, who GQ magazine once dubbed as “hypepriests” known for their designer clothes and ties to the stars.

Bieber once spent a month living with Lentz and his family at a time several years ago when trouble followed him around, from egging a neighbor’s house to urinating in a bucket and getting caught on video. Lentz, 41, happily tells the story of how he baptized the pop star in the New York bathtub of NBA veteran Tyson Chandler in the middle of the night.

Lentz took full responsibility for his behavior leading to his split with Hillsong and said he’s now seeking to rebuild the trust of his family. Houston provided no additional details about the cause but wished Lentz and his family well. 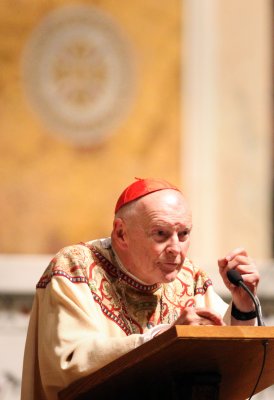